SOCAR bonds: Stock market driver and best alternative to deposits The State Oil Company of Azerbaijan (SOCAR) plans to issue new dollar bonds in the coming weeks. Central Bank of Azerbaijan is already considering the application. Still, the parameters have not yet been made public.
208 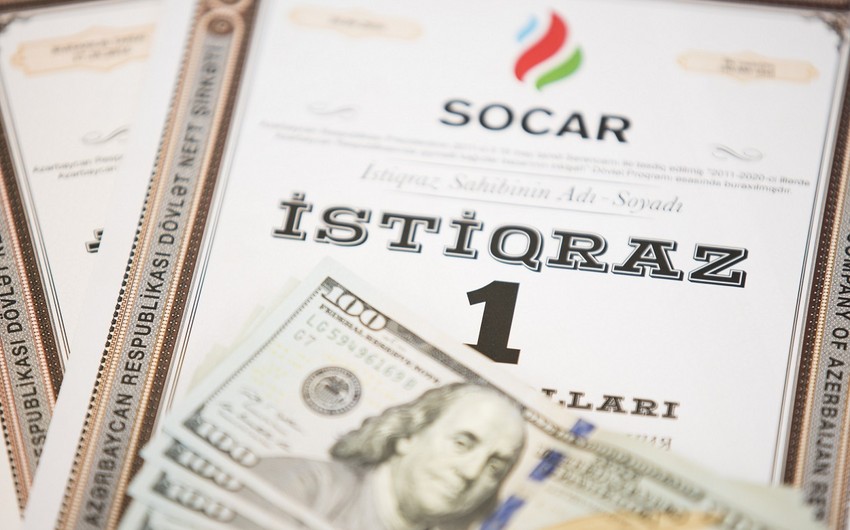 The State Oil Company of Azerbaijan (SOCAR) plans to issue new dollar bonds in the coming weeks. The Central Bank of Azerbaijan is already considering the bid, but the parameters are yet to be made public.

The previous release was in 2016. The term of the five-year securities with an annual yield of 5% and a face value of $ 1,000 per bond is already expiring.

It is hard to overestimate the impact of SOCAR bonds on developing the country's stock market. Since the beginning of their circulation, these securities have helped revive the market, attract new investors, and have become an excellent alternative to bank deposits. 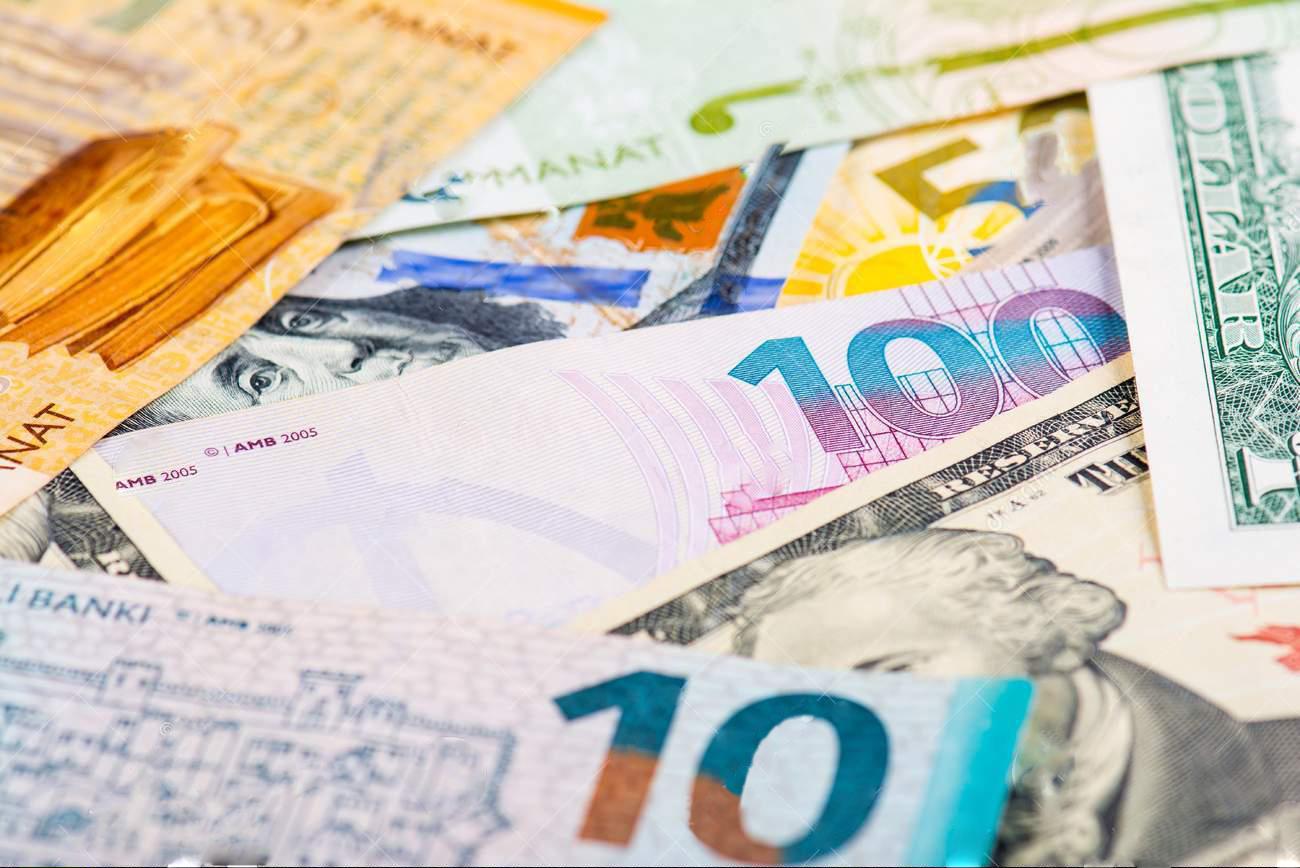 Having entered the market in early 2016 with an issue of $100 million, SOCAR, first of all, solved one of the main problems in this sphere in Azerbaijan - simplicity and accessibility for retail investors.

For the first time in the country's history, it was possible to purchase bonds in the ASAN Service centers. Hotlines were functioning, ASAN employees were ready to help with any question, and media started the broad coverage of this event. Not surprisingly, it was then that some people discovered the opportunity to invest in bonds.

Bonds significantly revived the secondary market. Major deals were often made with SOCAR debt securities. The total volume of transactions in these bonds since their issuance exceeded USD 193 million. In total, over 2,300 transactions were carried out. 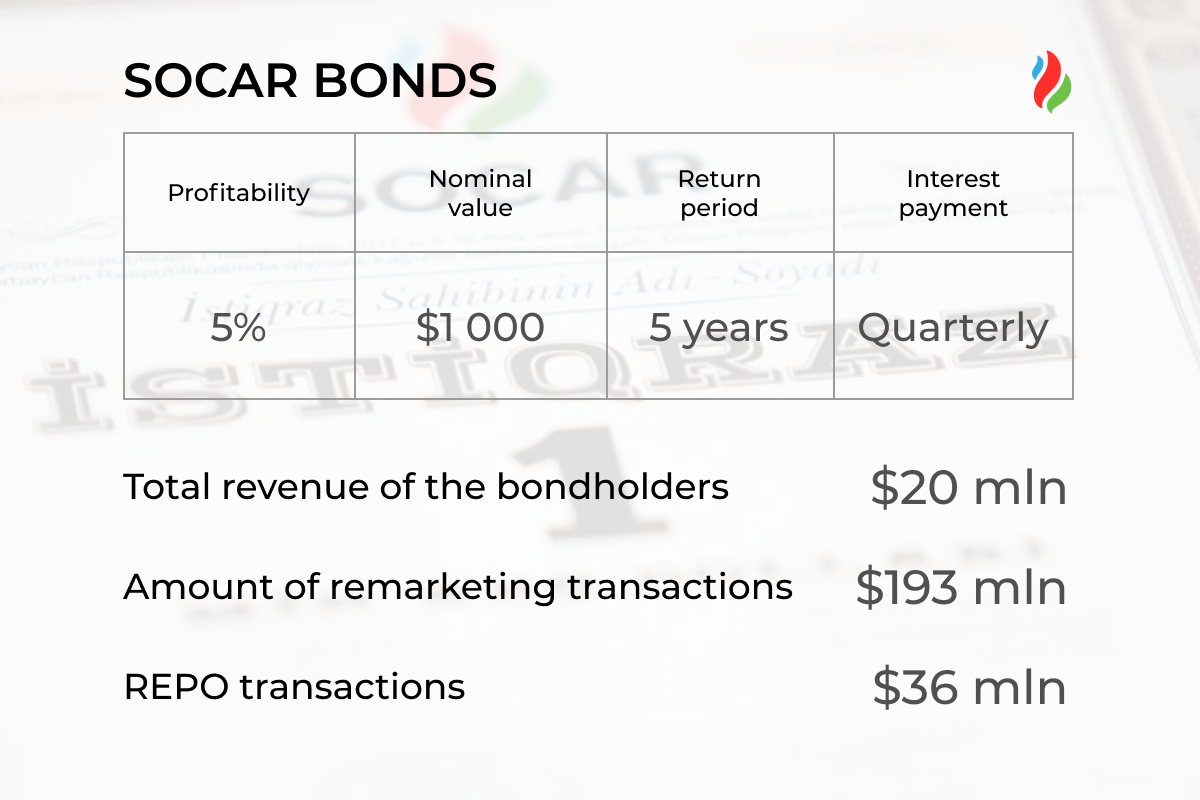 Those in search of an alternative to bank deposits also showed interest in bonds. The issuance of bonds began in a rather challenging economic period. February and December 2015 were marked by devaluations, with about ten banks closed during the year, and the unabating reports around the Azerbaijan Deposit Insurance Fund. Depositors of the closed banks wanted their money back as soon as possible. The credibility of the banks had been undermined. People needed an alternative.

In such a situation, investors received another reason to purchase SOCAR bonds - the ability to conduct REPO operations and receive short-term manat loans at a rate of 15%. Moreover, bondholders continued to receive quarterly coupon payments from interest on the bonds. The total volume of REPO transactions to date has exceeded USD 36 million.

SOCAR's bonds helped bring thousands of citizens to the stock market, who have never owned securities till today.

In an interview with Report, an expert on financial markets, Jafar Ibrahimli noted that SOCAR's bonds helped bring thousands of citizens to the stock market, who had never owned securities until today.

In this regard, SOCAR has played a significant role in developing capital markets, which helps ensure the country's economic stability.

According to the expert, before the first issue, the state-owned company carefully studied the domestic market needs. "The parameters of the bonds met the needs of the markets, which ensured a high demand for them," he added.

Ibrahimli noted that these bonds helped provide liquidity to the secondary market and, most importantly, showed other companies what benefits can be obtained from issuing bonds.

"Before SOCAR, there were small bond issues on the market, but the companies realized that the market could accept larger volumes after this issue. In this regard, SOCAR has become a pioneer."

For example, the expert cited the state-owned company AzerGold, which recently issued bonds worth USD 20 million, with a yield of 4% and a circulation period of 3 years. 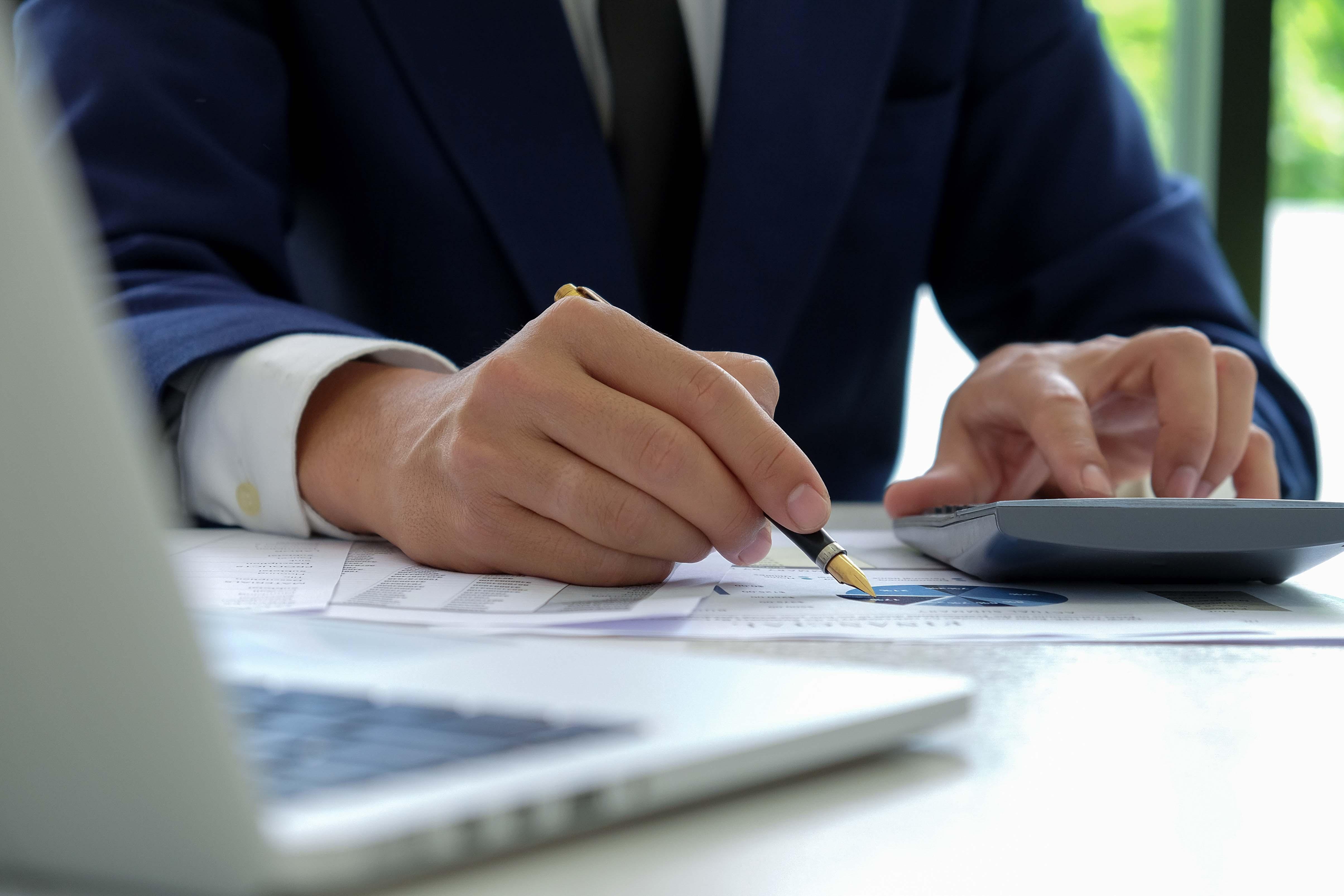 As stated before, the yield of SOCAR bonds is 5%. For comparison, as of January 1, 2016, the average interest rate on foreign currency deposits was 8.06%. Over time, interest rates on foreign currency deposits experienced a decline (now at 1.71%), and the yield on SOCAR bonds remained at a high level. Besides, SOCAR is a guarantee that investors will receive payments on dividends.

To date, the holders of the state company's bonds have already received dividends of $ 20 million. They receive money regularly, once a quarter.

According to Ibrahimli, now investors can earn about 3-3. 5% on operations with SOCAR debt securities in the secondary market. Speaking about the new issue, he believes that its yield is unlikely to exceed 4%. 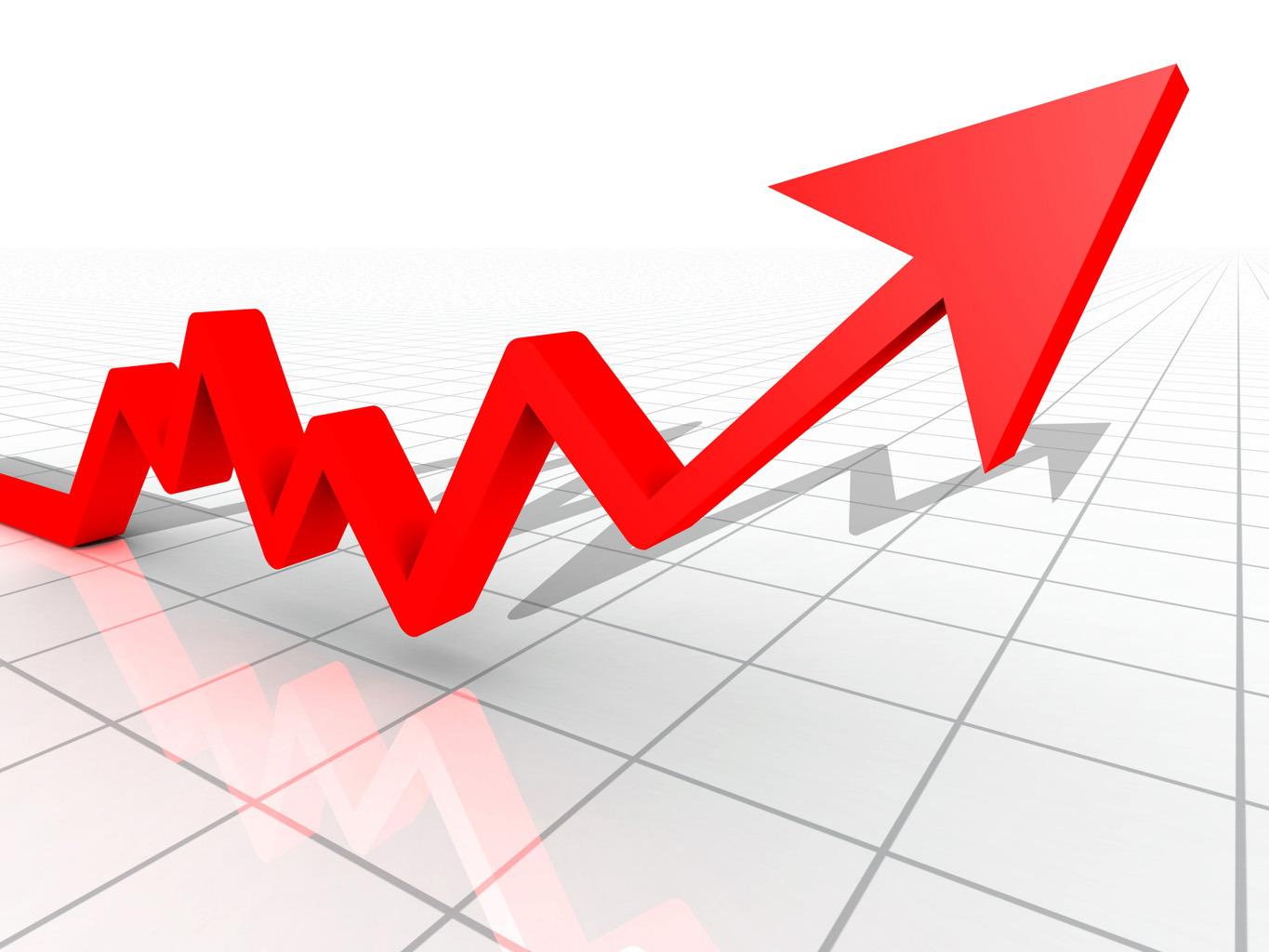 "Like any other company, SOCAR considers the market needs in the first place. If there are investors ready to buy bonds with a yield of 3-3. 5%, then why increase their spending and issue more profitable securities? Naturally, the State Oil Company wants its bonds to be competitive, but the market situation is already different, and there is no need for such high-interest rates. The profitability of competitors' securities is approximately at the same level," the expert said.

Thus, SOCAR's bonds had a significant impact on the development of the securities market in Azerbaijan. Retail investors got the opportunity to make money in this sector: rather large sums were put into circulation and started working for the economy, instead of being kept under the mattresses. Now it is the time of a new emission - forward to new heights?