Russia's interest in Afghanistan - request of Putin's representative from US: COMMENT

Russia's interest in Afghanistan - request of Putin's representative from US: COMMENT Moscow puts pressure on Former Soviet republics in Central Asia with its links to Taliban
452 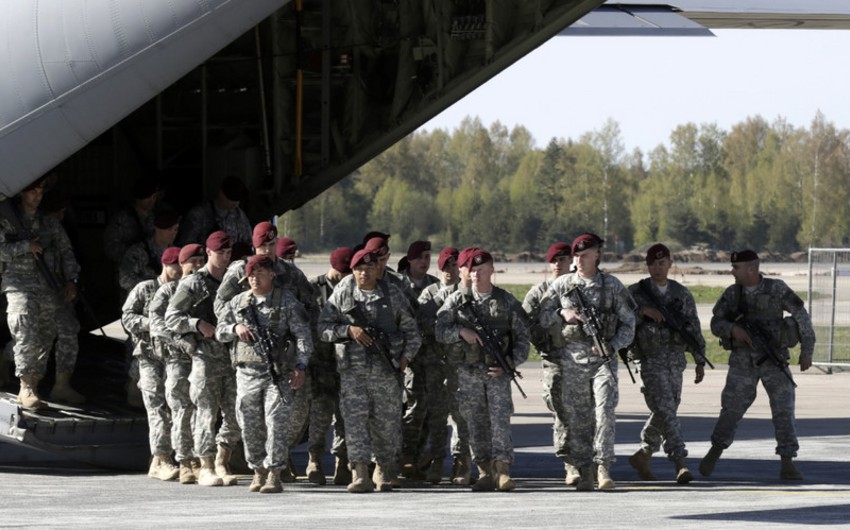 Baku. 14 August. REPORT.AZ/ For almost 40 years conflict arose as a result of the collision of interests of different states and groups in Afghanistan continues.

One of the contradictions in this country was headed by the former USSR. After the withdrawal of Soviet troops on February15, 1989, it was supposed that peace will finally be restored in Afghanistan. However, the expectations of that time did not produce any results. Over the past 30 years, fights between other states and groups not terminated.

True, although Russia's participation in the Afghan processes is not clear, the fact that the Kalashnikov machine used by armed groups in Afghanistan says a lot. Russia continues its persistence in ensuring its interests in Central Asia.

Interview of Special Presidential Envoy for Afghanistan and Director of the Foreign Ministry’s Second Asian Department Zamir Kabulov with the Izvestiya Newspaper is attracting:

Erik Prince, head of American private military company Academi, has offered to send 5,500 mercenaries to Afghanistan. There are currently 8,500 US servicemen in Afghanistan.

According to the , Washington has spent $ 76 billion in Afghanistan's security forces over the past 25 years.

Several months ago, Commander of US forces in Afghanistan, General John Nicholson stated that Russia, Pakistan and Iran violate the stability in the country by supporting the Taliban movement: "I am still worrying about the influence of some foreign players, especially Pakistan, Russia and Iran. They continue to legitimize and support the Taliban and violate the efforts of the Afghan government to create a stable country".

All three countries denied the claim of the General. But what Nicolson says is not unfounded.

For example, at the end of 2015, Zamir Kabulov said that the interests of Russia and the Taliban in combating ISIS coincide:"We are ready to send weapons to Afghanistan, but we will do it on the basis of need and commercial interests.I have already said that we have a special channel to exchange information with the Taliban”.

Earlier this year, he emphasized that he was ready to cooperate with NATO in Afghanistan.

The last statement of Z. Kabulov, mentioned above, can be considered as a response to US sanctions against Russia on August 2. The White House is criticizing the Kremlin for its operations in Syria, its policies on this country.

By the way, according to the Russian president's special representative, it is possible to suppose that Moscow puts pressure on Former Soviet republics in Central Asia with its links to Taliban.

Apparently, the United States has also signaled Russia to leave Syria. Therefore, Moscow says from the mouth of Z. Kabulov that US withdrawal from Afghanistan is an alternative to that demand.