Report experts: Short-term growth in US-dollar expected In fourth quarter 2017, economic growth in US may approach 4% 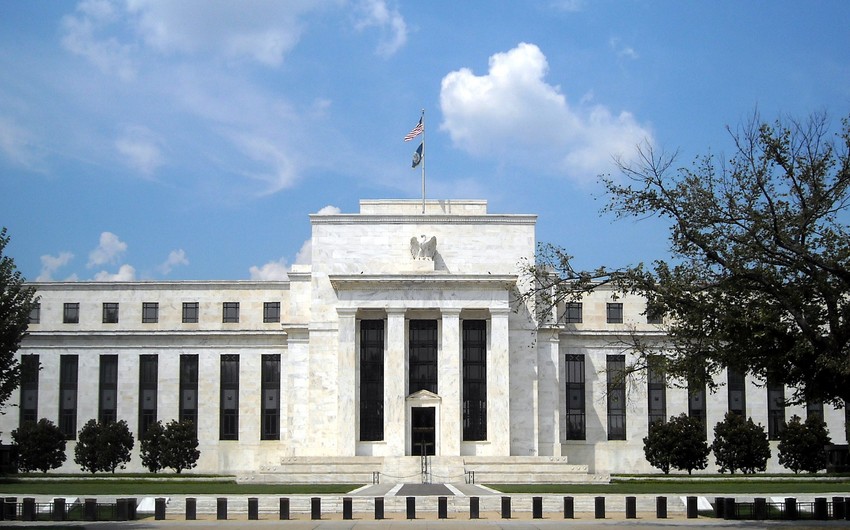 Baku. 18 September. REPORT.AZ/ It is expected that the US Federal Reserve System (Fed) will not change its discount rate at its next meeting on September 20-21, but will announce the date when the balance will begin to decline.

Analytical Group of Report News Agency believes, annual inflation in the US exceeded expectations in August and up to 1.9% almost reaching the target of 2%.Nevertheless, it is likely that the Fed will want to wait for the sustained acceleration of inflation until the last meeting in December. Also, Fed will want to decide in December, anticipating how the hurricane will affect economic growth in September-November.

Analytical Group says that while hurricanes may have a negative impact on the US economy, rapid operations to eliminate wreckage will dramatically increase GDP growth in the fourth quarter. In the last quarter, GDP is projected to be close to 4 per cent in the U.S. and even surpass it.

At the September meeting, the Fed's announcement about when it plans to decrease its balance of 4.5 trln is expected. Notably, 40% or $ 1.8 trln. of total $ 4.5 trillio are mortgage securities the rest $ 2,7 trln. are government securities. Fed purchased securities from the financial markets during the financial crisis that began in 2007 and started to give liquidity to the market and thus prevented the crisis.As a result, balance of $ 4.5 trln. formed in Fed.

Analytical Group of Report believe, if during September 20-21 meeting Fed discloses the date for reducing its balance, then the dollar rate may rise. As a result, the main opponent - the euro exchange rate may drop to 1.15 USD/EUR level. However, this rise of the dollar will be short-term. Thus, by the year end the European Central Bank (ECB) is expected to announce its decision on completion of the monetary expansion program.

If so, euro will begin to strengthen, and the rate of this main pair will fluctuate between 1.15-1.21 USD/EUR within the current conditions. In case of slowdown in the US economy, after short-term rise to 1.25 USD/EUR the rate will start to decline again.