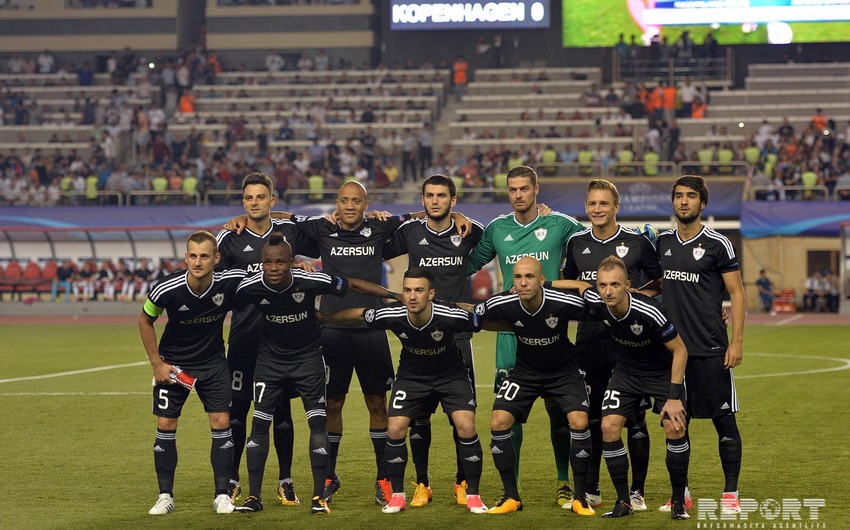 Baku. 16 August. REPORT.AZ/ Agdam's "Qarabag" football club did not gladden only the fans with the Champions League's play-off victory on August 15. It also confirmed the possibility of realizing other ideas.

Many remember joke by Bashir Safaroglu about match between Sumagayit's "Polad" FC and Brazilian national team. The goal scored by Neftchi's striker, the late Anatoli Banishevski with head also not forgotten.

"Qarabag" proves possibility of these situations.

Azerbaijan is independent. So, we can confront strong and weak rivals, enemies and friends in all areas.

At this point, the most important thing is self-confidence. "We can not", "It is not our business," and "We are not strong enough " and this type expressions create psychological complex and obstacles to do great job and achieve successes.

"Qarabag" took a step forward to destroy this stereotype. They proved that the Azerbaijani club can demonstrate good fight in the Champions League.

16 of 23 footballers are local players. Besides, coaching staff and Gurban Gurbanov are Azerbaijanis.One of the most attention grabbing moment is that Mahir Madatov, who scored only goal is 20 years old.This is also a perspective.

These people proved that goals can be achieved through persistence.They also gave a praiseworthy message to the Azerbaijani Society.This is an indication of self-confidence and target.

By the way, Denmark is one of the most developed countries in the world, including Europe. The country's GDP per capita is $ 46,600, the 19th in the world, the 5th in the world after Norway, Australia, Switzerland and Germany for human development index. In our opinion, these two facts say a lot about Denmark.

Danish national team won the European Football Championship in 1992 with a 2-0 win over Germany and became the European champion for the first time. By the way, at that time, they played in championship being replaced by the Yugoslavia. Denmark won the title in the final against most titled opponent.

"Qarabag" will meet Copenhagen at the Parken Stadium in the Danish capital on August 23. At this stadium, Turkey's Galatasaray team won the UEFA Cup for the first time in 2000.

Undoubtedly, depending on the outcome of the return match, "Qarabag" can become a pioneer in the history of Azerbaijani football. Hopefully, this will be the case. But even without this, the Aghdam club increased the self-esteem in the Azerbaijani society.

And the world is a challenge. There is also a fight. The winner is the champion. So why shouldn’t we want to be ahead of all, including in football? After all, "Qarabag" has proved this. We wish "Qarabag" successes on this road. They deserve it.