Protected Armenian terror – same targets in Los Angeles and in Shusha The temporary deployment of the Russian peacekeepers in Azerbaijan is allegedly aimed at protecting Armenians from Azerbaijanis. It follows from this logic that the Russian military will purportedly monitor firings by Azerbaijanis (as well as by Armenians
163 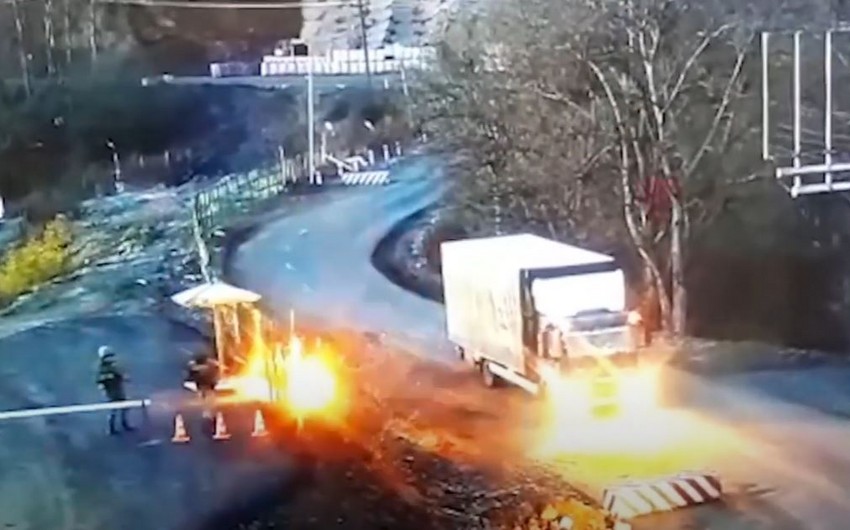 The temporary deployment of the Russian peacekeepers in Azerbaijan is allegedly aimed at protecting Armenians from Azerbaijanis. It follows from this logic that the Russian military will purportedly monitor firings by Azerbaijanis (as well as by Armenians). Those, who open fire, will be considered a violator of the agreement, and so on. However, monitoring in Azerbaijan has been carried out to this end for nearly 30 years. However, the occupier's actions were never denounced.

In violation of the November 10, 2020, tripartite peace deal, the Armenian armed forces are still remaining in Azerbaijan. Adding insult to injury, the remnants of the separatists are setting up an illegal armed group there (in Karabakh) and all this is happening in the area, where the Russian peacekeepers are temporarily stationed.

So, according to joint information released by the Prosecutor-General's Office and the Interior Ministry, on November 13 at 07:12 local time, a citizen of Armenia, Norayr Mirzoyan (born 1975), along with other members of a criminal group, moving along the Khankandi-Lachin road in a Mercedes-Benz car with the state registration number plate 48-MN-048 ER from the Azerbaijan city of Khankandi in the direction of the city of Lachin, passing the checkpoint near the village of Dashalti, threw a hand grenade towards servicemen of the Azerbaijani armed forces and the peacekeeping contingent of the Russian Federation, thereby endangering their lives and attempting to kill Hafiz Nasibov, a warrant officer, and others (three people in total) causing them various degrees of bodily harm on the ground of ethnic hostility with the intention to kill them.

The Azerbaijani Prosecutor-General’s Office opened a criminal case under Articles of the Criminal Code 29, 120.2.1 (attempted murder committed by a group of persons, a group of persons by prior conspiracy, an organized group or a criminal community (criminal organization)), 29, 120.2.3 (attempted murder of the victim or his relatives in connection with the performance by this person of official activities or the performance of a public duty), 29, 120.2.4 (attempted murder committed with special cruelty or in a generally dangerous way), 214.2.3 (terrorism committed with the use of firearms and items used as weapons), 228.3 (illegal acquisition, transfer, sale, storage, transportation or carrying of weapons, accessories for them, ammunition, explosives and explosive devices committed by an organized group) and other articles. The investigation into the case is being conducted by the Investigations Department of the Prosecutor-General’s Office. As of now, intensive investigative and operational measures are being conducted. 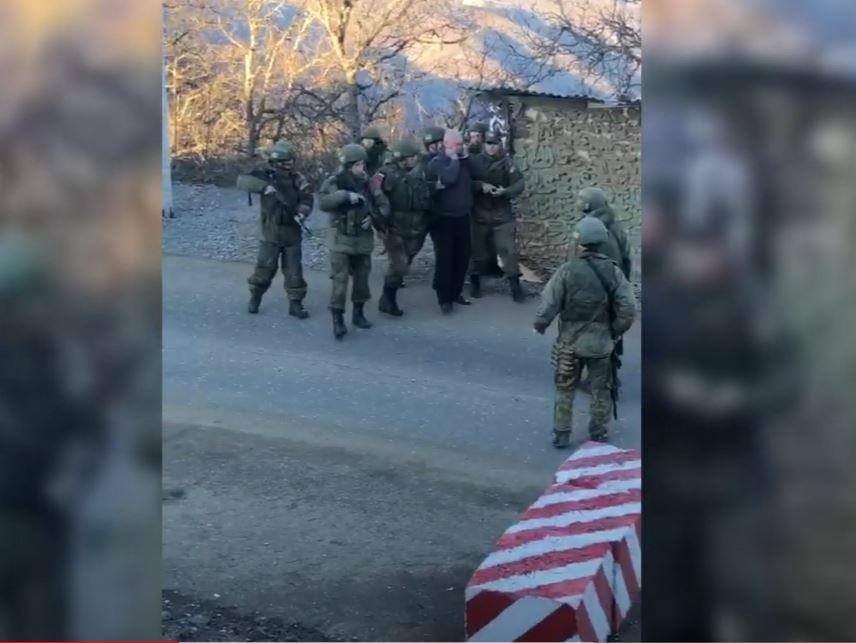 By the way, although the Armenian terrorist was detained by Russian peacekeepers, he has not been handed over to Azerbaijan for a legal assessment of the incident. Actually, similar acts are presented as heroism in Armenia, where terrorism has been turned into the goal. It is said that the perpetrator allegedly "took revenge" on his Armenian brother. Like lies, forgery, cowardice, spinelessness, terrorism is an indicator of the Armenian character.

There is a terrorist organization ASALA, made up of this ethnic group. This criminal group carried out acts of terror against well-known, influential Turks and diplomats. One of them was recently hailed as a "hero" by Yerevan.

He is Hamping Sasunyan, a member of the Armenian terrorist group ASALA, who, with his accomplice, killed Turkish Consul General in Los Angeles Kemal Arikan in the morning of January 28, 1982, when his car stopped at a traffic light. Armenian Hamping Sasunyan, who was sentenced to life sentence for the murder of Turkish Consul General in Los Angeles Kamal Arik, was released in December 2019 by a decision of the California State Court.

Hamping Sasunyan was born on January 5, 1963, in the Lebanese capital Beirut. After a while, he moved to the United States with his family. He was a member of the Armenian Youth Federation and the Armenian terrorist organization For Justice for the Armenian Genocide. Although the Armenian terrorist was pardoned by the California Pardon Commission in 2016, the state governor, Jerry Brown, vetoed the decision, citing the fact that Hamping Sasunyan would be dangerous to society. The visit of the ASALA member to Yerevan, where he was given the red-carpet treatment, gives grounds to conclude that Armenia supports terrorism and terrorists. In this regard, the grenade attack on the military posts of the two countries’ servicemen is also an act of terrorism. 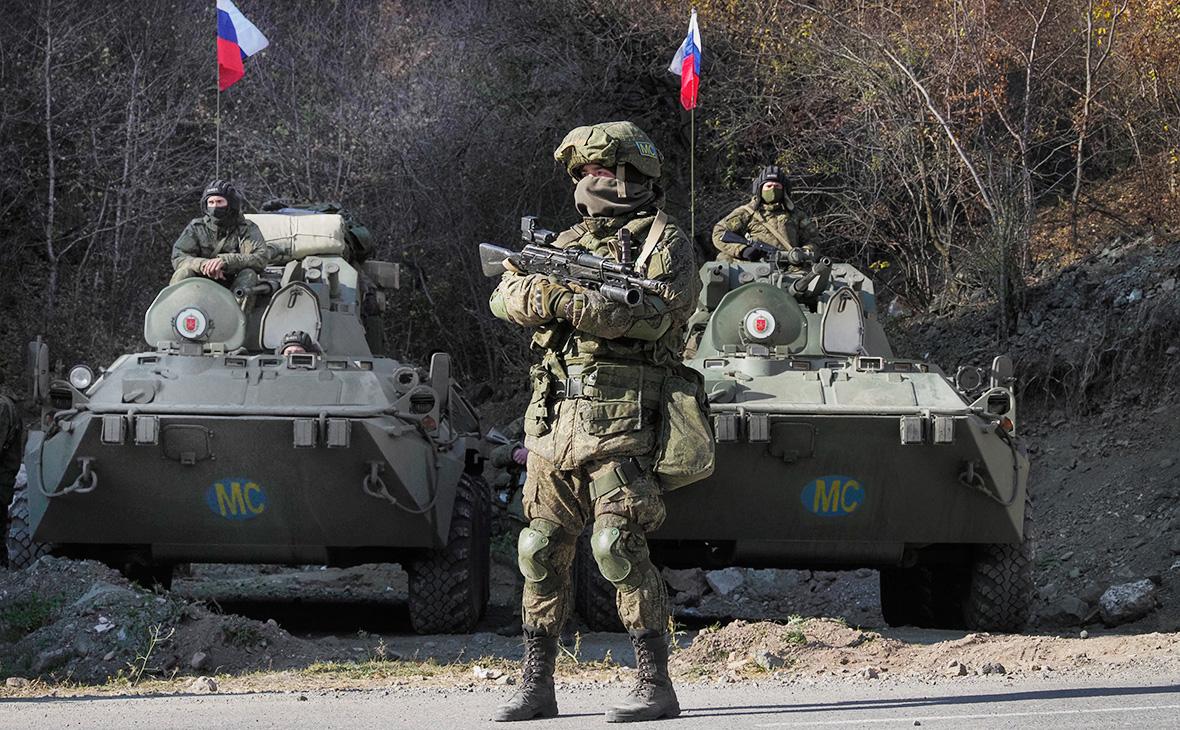 Like Hamping Sasunyan, he took this step in conditions of peace. The ASALA member attacked the diplomat at a traffic light, he (Norayr Mirzoyan) attacked the servicemen at the checkpoint. There is no guarantee that Hamping Sasunyan was not involved in this act of terror (near Shusha). Protected by the US justice and okayed to the activities against Turks and Azerbaijanis, he was given the chance to visit Yerevan. For their part, by arresting him, the Russian peacekeepers helped to hide the real cause of the incident.

The incident suggests that the military, who are considered peacekeepers, is not acting in accordance with its mandate. They are indifferent to the activities of terrorists in the area, where they are temporarily stationed. At the same time, the incident proves that the latest terror act is also a blow to Russia's reputation in the region.

Unfortunately, the peacekeepers are ignoring this detail. They also forget that the lands, where they are serving, belong neither to them nor the Armenians. So, what is the need to burn the bridges?!