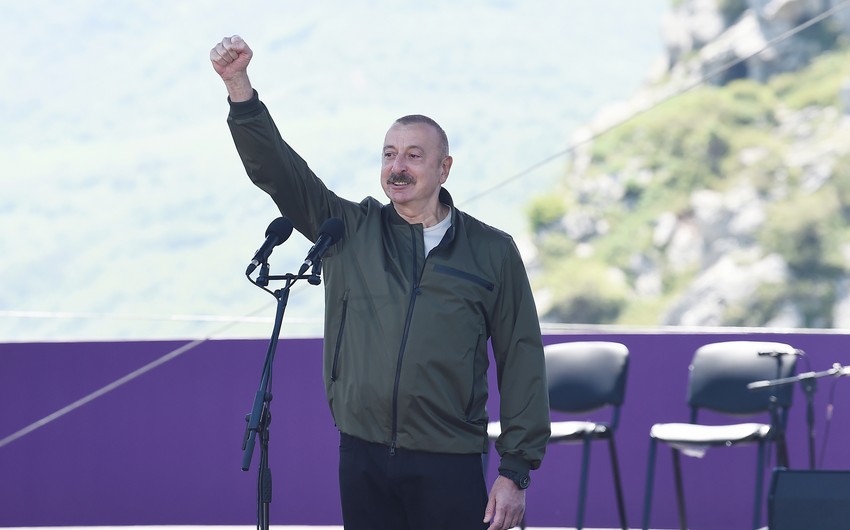 Armenians' violent activities in the Azerbaijani lands threaten the security in the South Caucasus. With the support of their patrons, they were able to manipulate the political process in Azerbaijan as a result of their provocative actions. From 1988 through the early 1990s, the Armenian factor played a role in the change of government in Azerbaijan.

The Azerbaijani society has never lost hope that the arbitrariness and atrocities committed by Armenia and its patrons in the region, especially in Azerbaijan, will be prevented. There is an expression "Ottoman slap" that explained the truth to many and turned them away from the wrong path. The Ottomans, and later Turkey, conveyed the truth to their enemies in this way. The world is aware of the determination of Turkey and its leaders on the battlefield. Meanwhile, Azerbaijan, which has an almost 200-year colonial past, was unable and had no conditions to assert itself.

In 1918 and 1990, for various objective and subjective reasons, the heads of state were unable to use the potential of Azerbaijani society to destroy the enemy. In 2020, President of Azerbaijan Ilham Aliyev assumed this responsibility. The head of state implemented this complicated, national, and social order thanks to his successful policy. The President's building an army, providing it with modern military equipment, weapons, and ammunition, the military's combat capability, raising a new generation, maintaining people's determination to liberate the lands, and his decisive position in foreign policy can be considered key elements of victory. Speaking in the national and state interests to ensure territorial integrity, Ilham Aliyev also conveyed Azerbaijan's demands to the international community. Taking on such a great responsibility as giving an order to launch a counteroffensive against Armenia's arbitrariness on Azerbaijani soil, the head of state spoke about the indicated issues while addressing the military in Shusha on November 8: "A [plan] to relocate the 'parliament' of the puppet formation to Shusha was another attempt to insult our feelings. Armenia was acting in an arrogant and swanky way, threatening us with a new occupation. How long could we have endured it? Should anyone have taught them a lesson or not? In your person, thousands, tens of thousands of Azerbaijani youth, soldiers, officers displayed courage and heroism to show the enemy its place, put the enemy in a position from where they would never get out. Now they will live forever with the stain of the defeated nation and state." 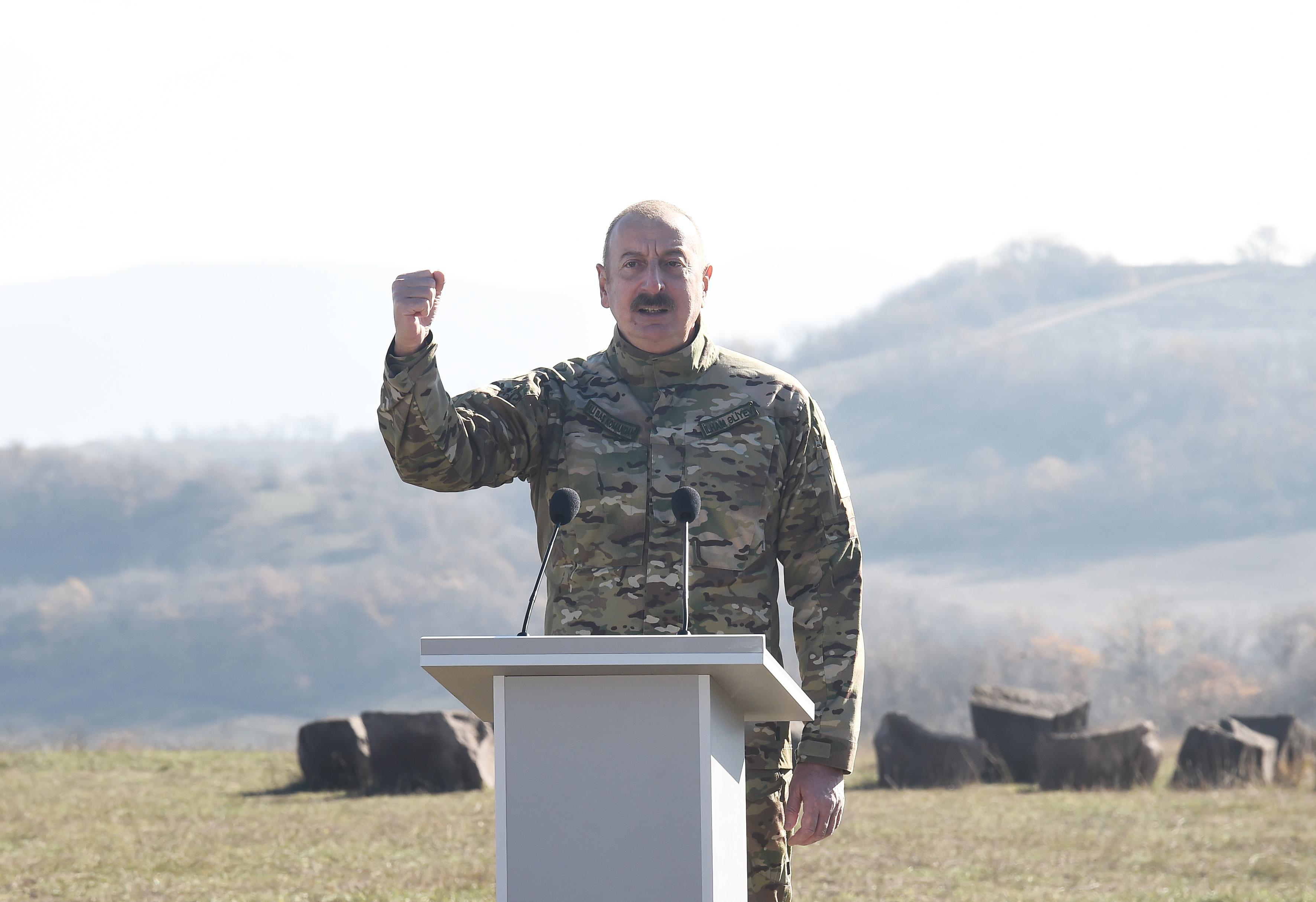 Victorious Supreme Commander-in-Chief, Ilham Aliyev, maintained his leadership position after November 10, managing the construction work in the liberated lands. Under Ilham Aliyev's leadership, the "Kharibulbul" festival, Vagif Poetry Days, road building, installation of power lines, configuration and inauguration of airports, construction of new agricultural facilities, settlements, and other works are being carried out in Shusha. By acting in this direction, the head of state also sends a message to the world to indicate who the real owner of Karabakh is. 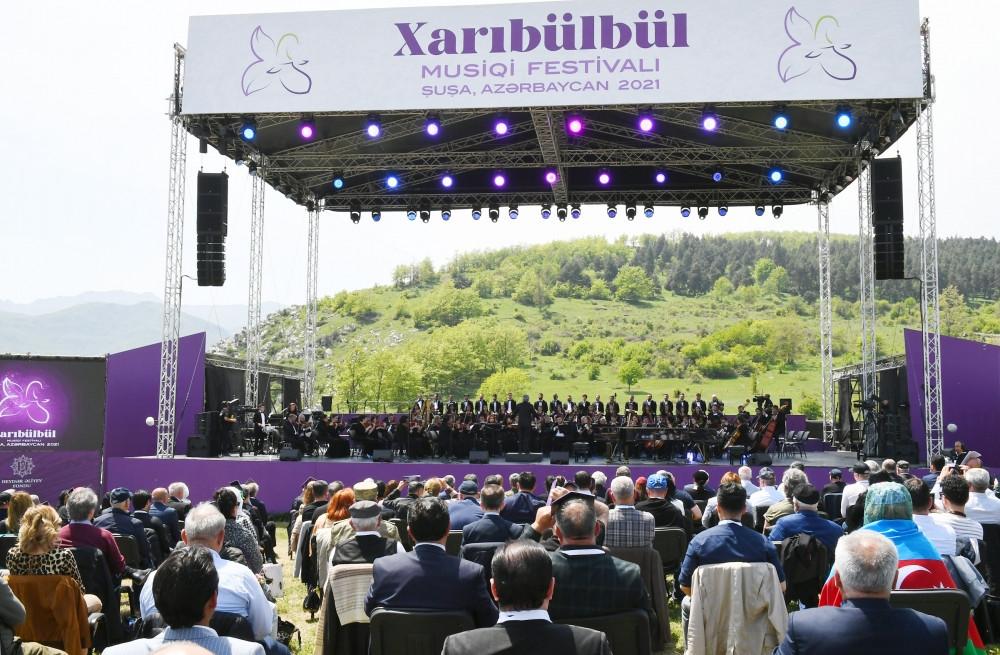 Thus, in the person of Ilham Aliyev, the world saw Azerbaijan, the fighting ability and unity of its youth, soldiers, officers, and generals. He expressed the views of the country's citizens in his responses to foreign journalists and politicians. As a result of the President's policy, unity was achieved in the country during the war. Unlike in the past, Armenia, Armenians, and their patrons have not been able to conduct provocations in Azerbaijan.

During the 44-day war, Ilham Aliyev described Azerbaijan to the world as a peace-loving, combative country, which does not give up its state interests and plays a key role in ensuring security in the region. The President managed his nation's potential through his consistent activity during the Patriotic War. It was under his leadership that Azerbaijan taught a painful lesson to Armenians and their patrons. Probably, Armenians will remember '44' as the days they took lessons from Ilham Aliyev.