Mehriban Aliyeva – First Vice President of the victorious state The liberation of Karabakh was the 30-year dream of the Azerbaijani people. Cutting Armenia down to size for its aggressive treatment and rhetoric was one of Azerbaijan's 100-year wishes. This wish came true with the capitulation agreement signed by Armen 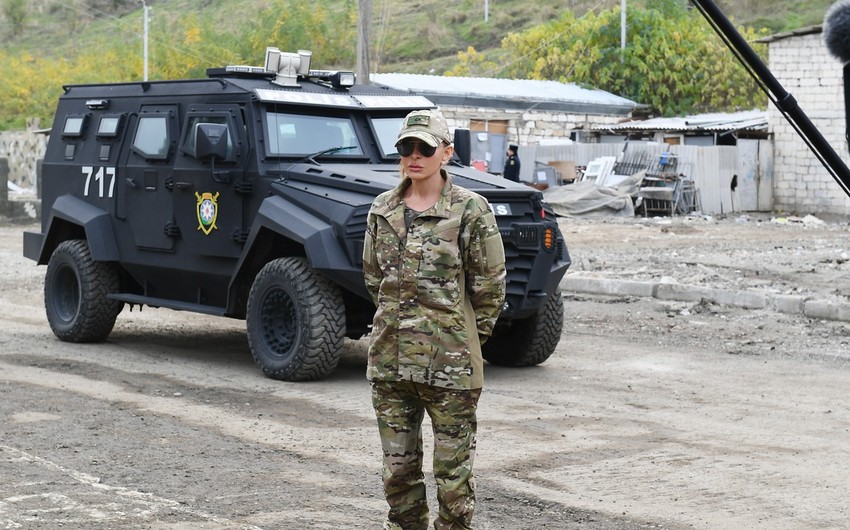 The liberation of Karabakh was the 30-year dream of the Azerbaijani people. Cutting Armenia down to size for its aggressive treatment and rhetoric was one of Azerbaijan's 100-year wishes. This wish came true with the capitulation agreement signed by Armenia on November 10, 2020, and its withdrawal from Karabakh.

Both in word and deed Not only with her congratulatory words but also with her deeds during the Great Patriotic War, Mehriban Aliyeva stood by her spouse and people, country and showed that she was a state figure, public figure, mother, and a responsible citizen.

Her visit to the liberated districts with President Ilham Aliyev and her works and sensibilities after the war are among the facts proving it. 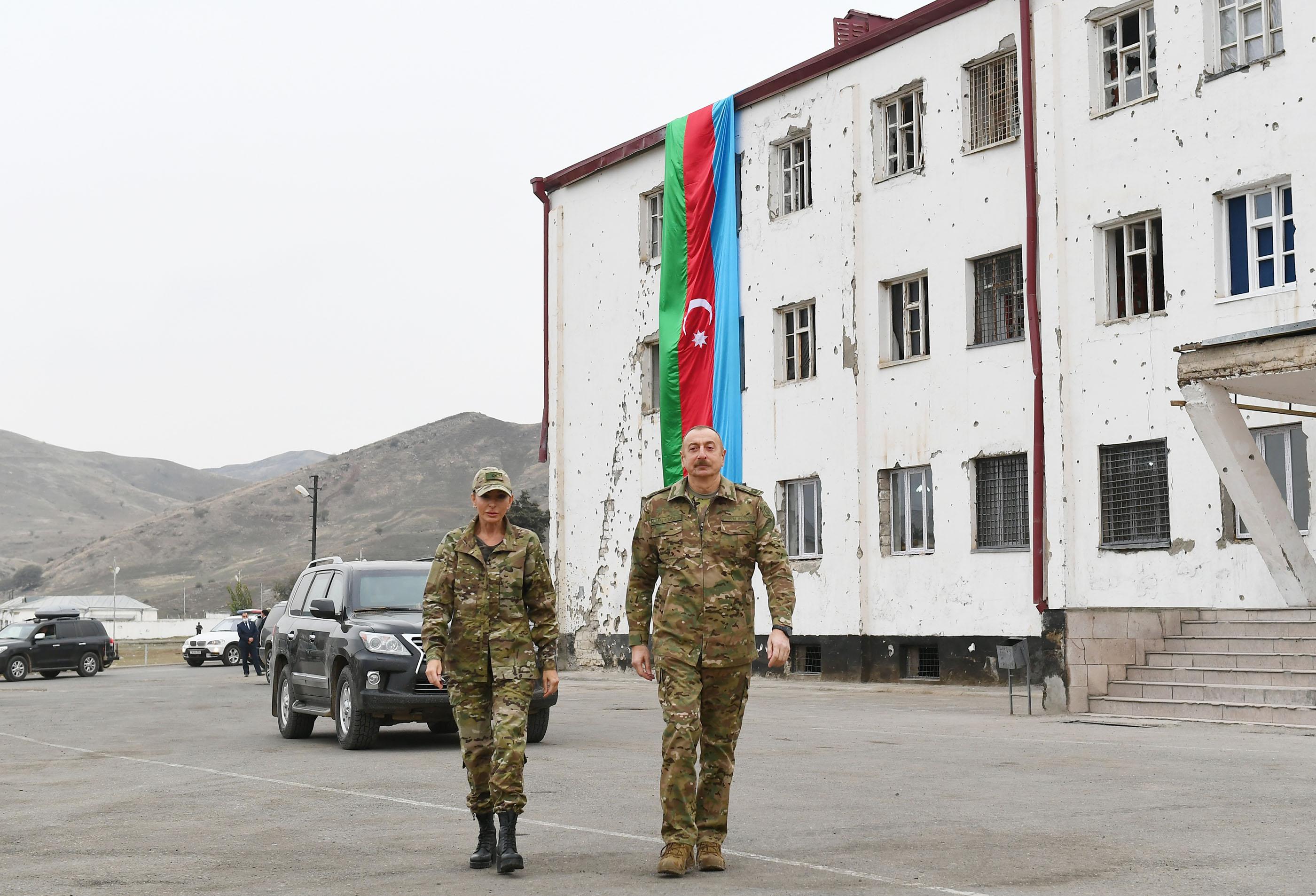 No one will forget her deeds - from being moved into tears at the meeting with veterans to the videos about the liberated territories she posted on Instagram. 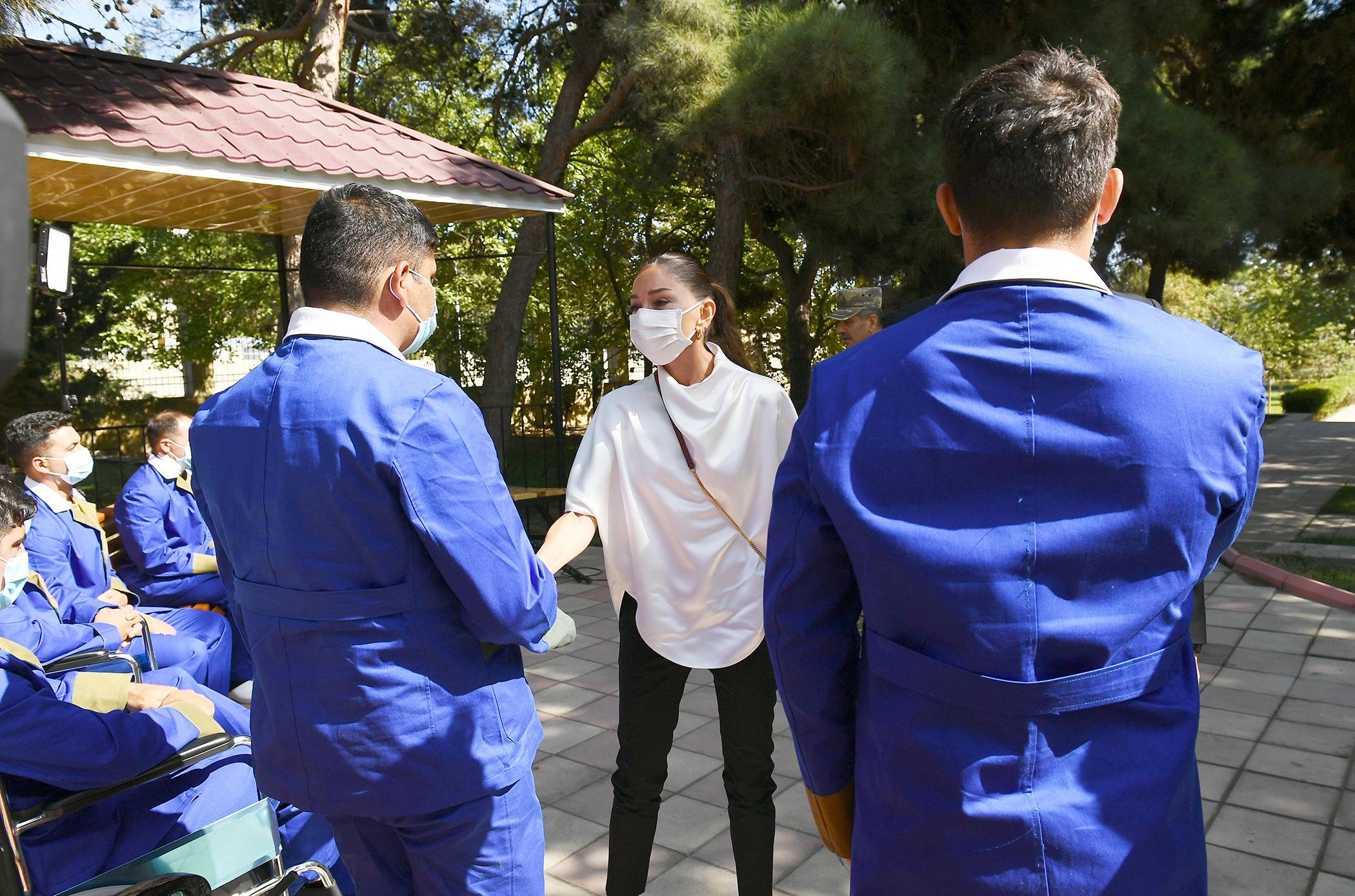 Monuments, mosques are being restored in Karabakh

Yes, the territories have been liberated. New roads and power lines are being built in these areas of Azerbaijan, lands are being plowed, agriculture is reviving, and ... monuments are being restored. 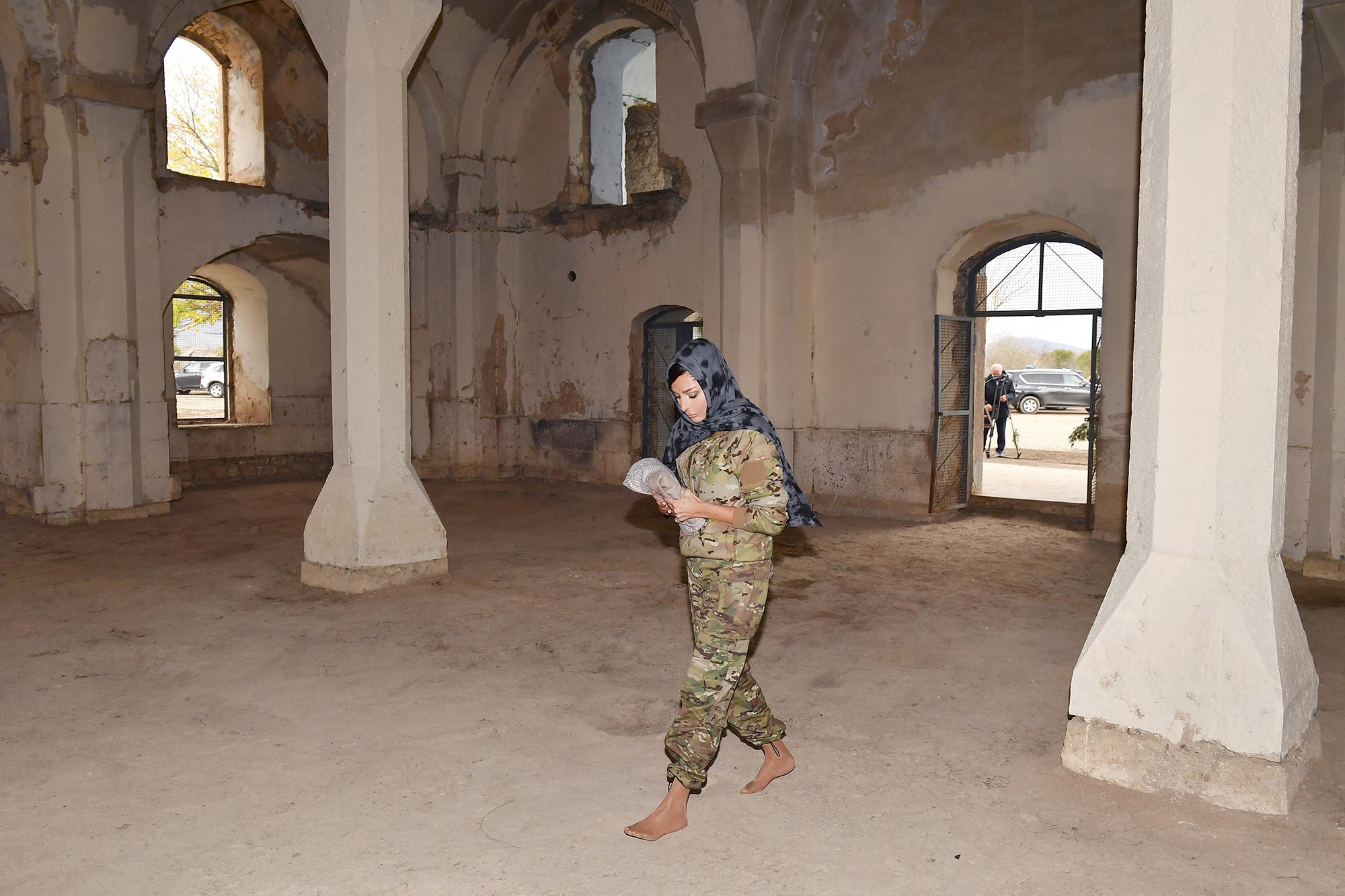 The Heydar Aliyev Foundation, headed by Mehriban Aliyeva, has launched projects on the restoration of monuments, mosques in Karabakh under her instructions, tasks, and control. Within the project, our shrines are being restored and reconstructed with the participation of local and foreign specialists. 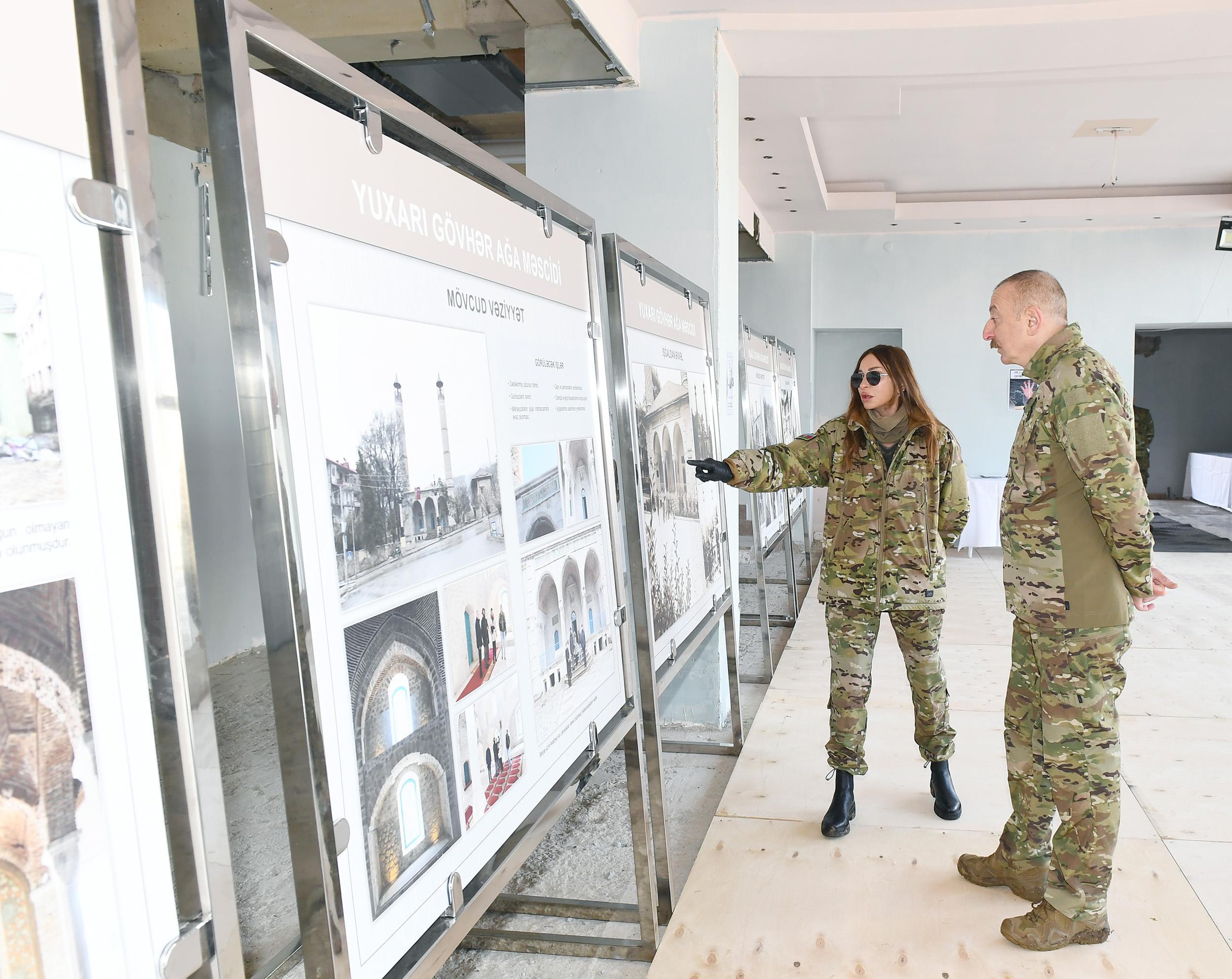 In the future, we will see erected statue of prominent composer Uzeyir Hajibeyli in Shusha, restored mausoleum of Molla Panah Vagif (currently under restoration), repaired Ashagi Govhar Aga, Yukhari Govhar Aga, and Saatli mosques. Moreover, the Creativity Center, Art Gallery, and Carpet Gallery are being improved. Work has already begun to restore the destroyed places of worship in the Aghdam district... 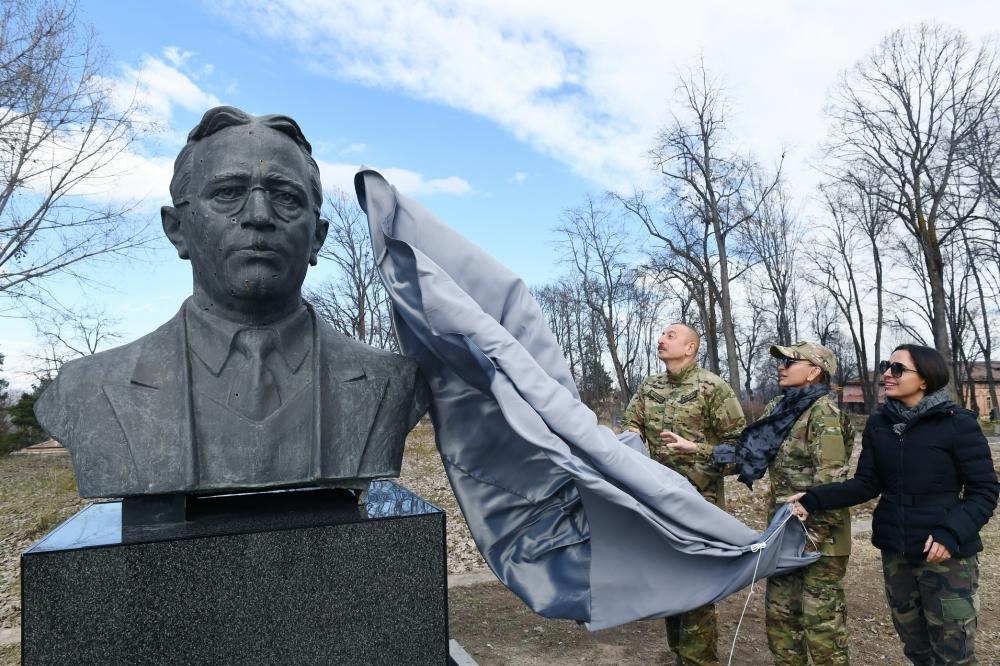 Moreover, there also were some events before the war ... What Mehriban Aliyeva did before the war is countless. However, the organization of the Kharibulbul Festival in Shusha by the Heydar Aliyev Foundation under her leadership was not only a step to discredit the enemy and make friends happy but also a wordless response to Anna Pashinyan, the wife of Armenian Prime Minister Nikol Pashinyan. Yes, indeed, it was a humble and polite answer without any words. Of course, Azerbaijan would and will hold festivals and various events in Shusha. This festival was not held because of Anna. But in 2019, Anna said: "Mehriban Aliyeva's dream is to listen to a mugam in Karabakh. We can invite her as a guest and present to her a mugam." (After the Kharibulbul festival, the Armenian society also harshly criticized Anna Pahinyan). 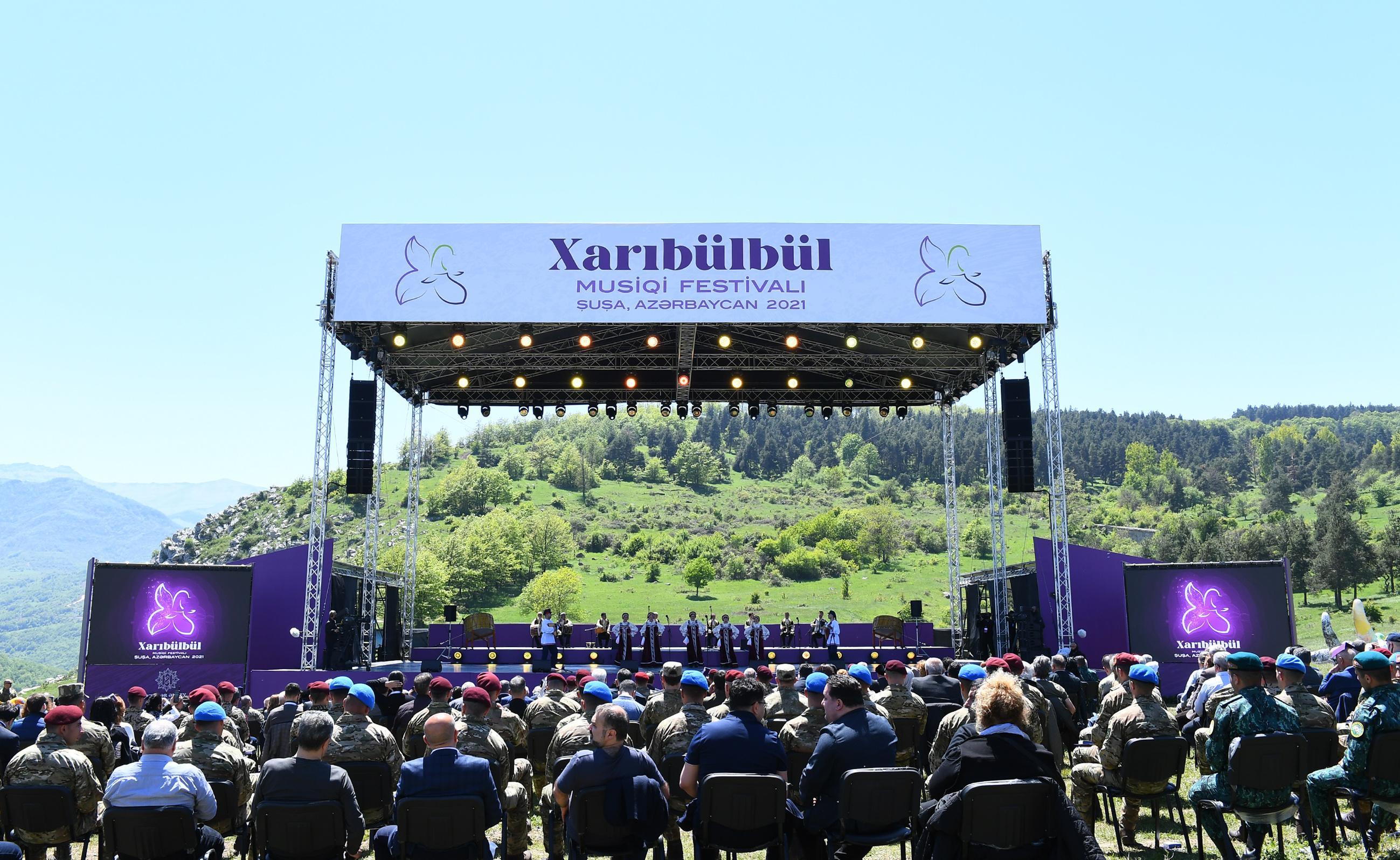 By the way, the Kharibulbul festival ended with the "Azerbaijan" song. After the festival, President Ilham Aliyev and first lady Mehriban Aliyeva met with the artists. Everyone said, "Karabakh is Azerbaijan" at the Jidir Plain, which discredited the enemy and was a message to friends. 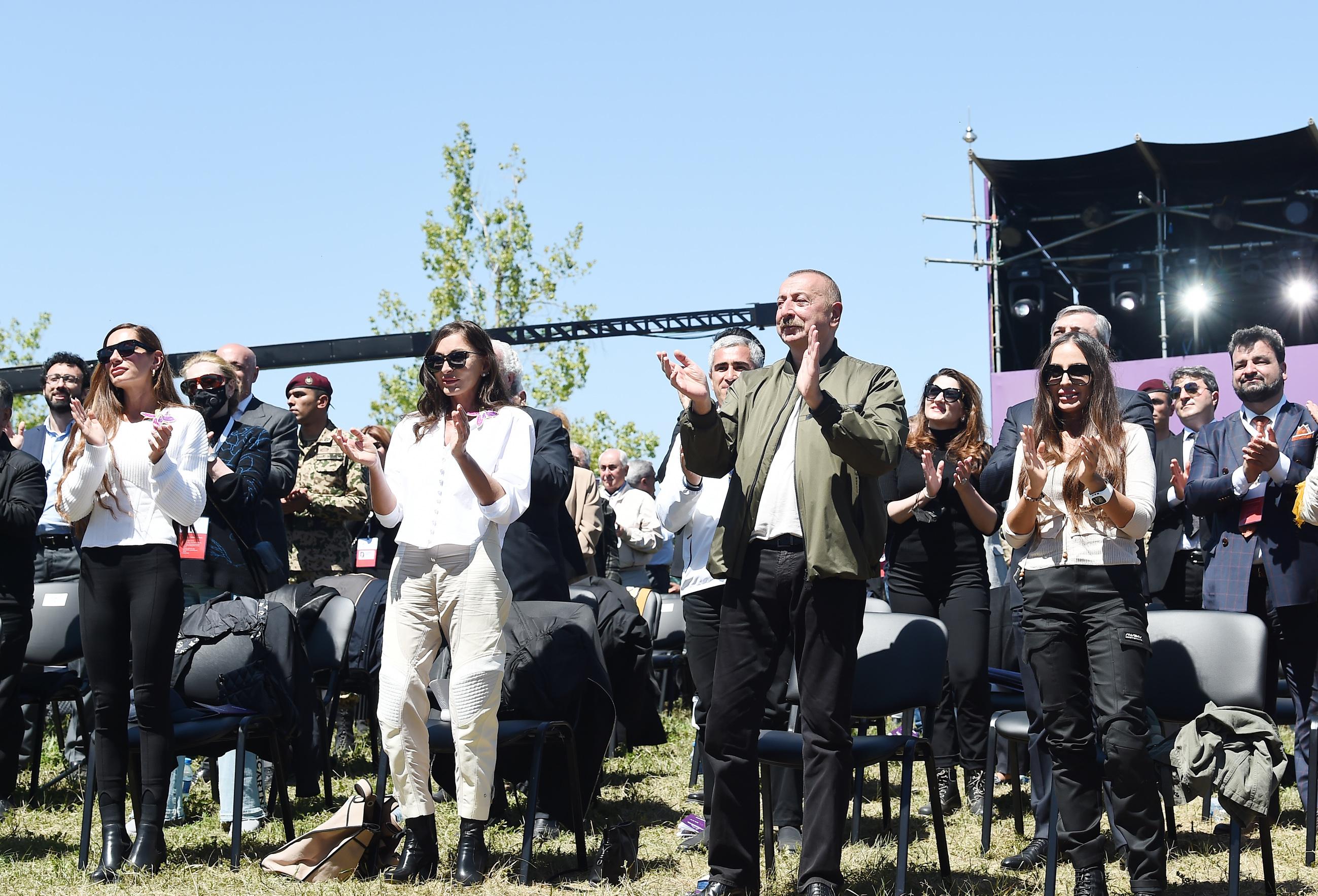 Kindness to the families of martyrs, care for veterans

Mehriban Aliyeva took care of the families of martyrs and veterans both before and during the war and still does. She takes care of martyrs' families, pays attention to veterans' social problems, and gives instructions to provide immediate assistance in solving their problems. Several veterans, who were seriously wounded during the Great Patriotic War, were sent to Turkey for treatment and rehabilitation with the support of the Foundation. Those who hear about it through the media and social networks appreciate her.

Mother of a soldier of a victorious state

We congratulate Mehriban Aliyeva on her birthday and wish her new success on behalf of Azerbaijan!