ALL THAT GLITTERS IS NOT GOLD - how Armenian authorities have been robbing nation for many years In Armenia, the entire gold reserve of the country was completely liquidated back in 2003.
458 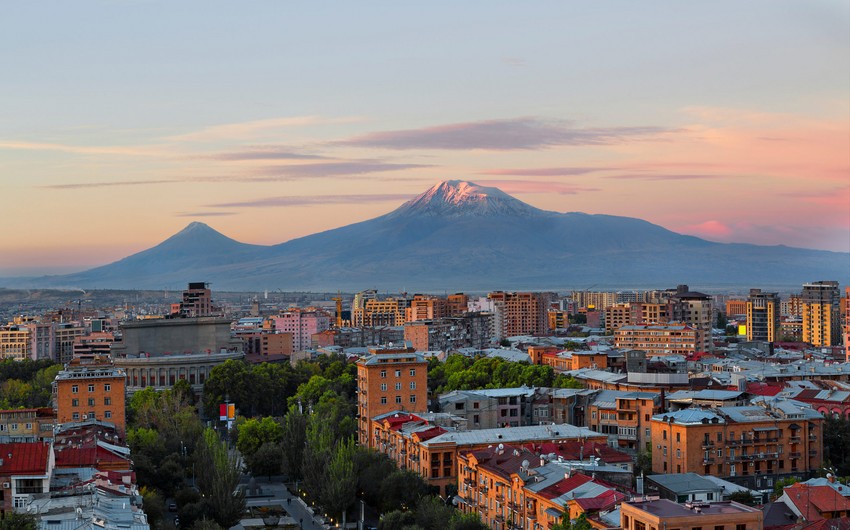 Over the course of 30 years of occupation, Armenia methodically and barbarously plundered gold from the deposits located on the lands they occupied in Karabakh. This is a fact proven both by satellite imagery and by Armenian officials and experts' confessions and publications. The details of the robbery that the occupiers have been repairing over the years sometimes lead to questions, the answers to which are kept in deep secrecy by the Armenians. The frequent change of management companies, the concealment of details of the mining and sale process, and the complete absence of transparent reporting indicate that the Armenian authorities considered Karabakh's gold mines as their private property. And the proceeds from the deposits kept in the foreign accounts of individuals and not in the state budget. There is just one very revealing detail - Azerbaijan uses part of the metal mined at its gold mines to replenish the country's gold reserves.

Notably, the purchase of gold by the State Oil Fund of Azerbaijan (SOFAZ) started on February 1, 2012, after which 30.18 tons of precious metal were bought over two years, and the share of gold in the Fund's assets reached 3.5% of the total investment portfolio. A further build-up of gold reserves in the country's foreign exchange reserves was suspended due to a sharp drop in oil prices in 2015-2016.

Azerbaijan has returned to the gold market as a buyer since the second half of 2018; the process continues successfully. By the end of the first half of 2020, the volume of physical gold at the disposal of SOFAZ reached 101.8 tons, which is 13.6% of all reserves of the State Oil Fund. Since the beginning of year, the Fund has bought 600 kg of gold from local gold mining companies, and at the end of June volume of this commodity was estimated at almost $ 6 billion.

In Armenia, the entire gold reserve of the country was completely liquidated back in 2003. Such a strange decision was made by the Central Bank, headed by Tigran Sargsyan. Then about $ 17 million were received from the sale of 1.4 tons ($ 400 per troy ounce) of the gold reserve. Then and over the next years, those responsible for Armenia's gold reserves' sale stated that this step was the right one, and the deal was extremely successful. However, independent Armenian economists estimate that Armenia's losses from selling the gold reserve amount to over $ 50 million.

And most importantly, having lost its gold reserve, the country was left without the possibility of accumulating the "yellow metal" in the future. Yes, the sale of mineral resources is almost the most important source of income for Armenia's state budget. For the long 30 years of occupation, it also fed the separatists living in Karabakh's occupied territories. However, there is a vast difference between declared income from gold export and the actual volume of its production, judging by the data from the satellite and information slipping into the press. "Why hasn't the standard of living of people in Karabakh been improving for many years, why the funds received are barely enough to live until the next salary?" Armenian experts exclaimed in their publications a couple of years ago.

According to them, the government does not want to have shares in the mining industry; it does not even try to create a small gold reserve at the expense of national gold. "It turns out that someone extracts Karabakh gold, copper, etc., pays small taxes to the budget and takes the rest out of the country. Then the Karabakh authorities beg for money from Armenia in the form of an interstate loan to pay salaries and pensions," the Armenian experts noted. In their opinion, the authorities allow individuals to enrich themselves without investing in economic development and people's well-being. Armenian sources openly indicate that in Armenia, former and current officials, their relatives, or persons connected with them have also received permits for the extraction of minerals. "The wealth of the subsoil is mined and exported, providing miners with millions of dollars in profit.

However, information about those who enriched at the expense of our subsoil remains inaccessible to the public," Armenian experts point out. According to last year's data, 16 companies have the right to exploit gold-polymetallic deposits in Armenia. However, as of 2019, only four of them are carrying out mining. As noted in the publications of the Armenian edition of Hetq, until 2019, the largest gold deposits were exploited by Russian companies using various schemes of companies registered in offshore zones.

Simultaneously, if Armenia joined the Extractive Industries Transparency Initiative in 2017 and was forced to disclose some of the information on gold mines from January 1 of the same year, Karabakh, the history of arms deliveries, continued to remain a "gray zone." There is no data on how much "yellow metal" was mined in the occupied territories, to whom and how it was sold, and where the proceeds went. And this is just a small fraction of the facts of the Armenian authorities' brutal attitude and the previously occupied territories towards natural resources and their population.