​Experts: Russia sent a clear message by launching rockets from the Caspian Sea - COMMENT "Leaders of Caspian states were warned of the impending attack by Moscow, and it was fully consistent with them"
1339 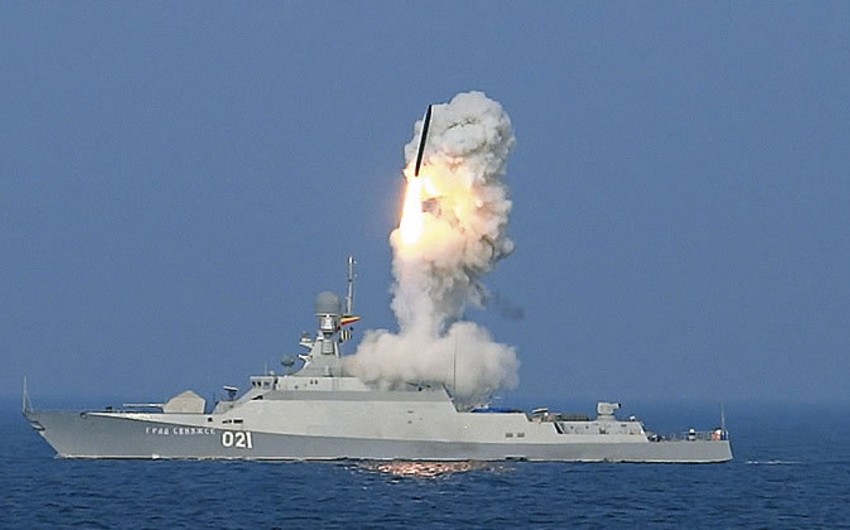 Baku. 9 October. REPORT.AZ/ By launching rockets from the , Russia sent a clear signal to the forces that they should not consider its national interests in the Middle East, experts say.

On October 7, naval strike group of the Russian Navy struck from the designated area of the Caspian Sea on the ISIS infrastructure on the territory of Syria. The shooting was carried out by ship high-precision weapons Caliber NC.

"Military and political elite reacted negatively, and some even very nervously: the US Congress called on the carpet their own intelligence, and NATO Secretary General Jens Stoltenberg unexpectedly and, in my opinion, not on the case stated that "NATO can and is ready to protect all allies, including Turkey, from any threats", said the chief expert of the US-Azerbaijan Fund for the Advancement, Alexey Sinitsin.

Sinitsin recalled that the status of the Caspian Sea is still not defined, so it can be used by the Navy of all five littoral countries.

"But most importantly, the countries' leaderships were not only warned by Moscow about the coming attack, but it has certainly been fully coordinated with them in the context of both the start and the route of flight, at any rate, to the Syrian border. Therefore, the authorities of the Caspian countries showed no concern on Russian military demarche, "- said the expert.

According to him, the West would not remain silent after the application of high-precision weapons of long distance by Russia.

He also recalled that for years the US and Russia have accused each other of violating Intermediate-Range Nuclear Forces Treaty (INF Treaty). "The US State Department annually accused Moscow that they had constructed and tested cruise missiles with a range of 500 to 5500 km. The Russian Foreign Ministry, vigorously denied these charges and loudly expressed their deep concerns about US plans to deploy vertical missiles launch, capable of launching American Tomahawk, on the bases of missile defense in Romania and Poland. Now no formal contracts were violated by Moscow", said Sinitsin.

The analyst noted that the INF Treaty identified a cruise missile or shock unmanned vehicles. Americans are trying to equate their Tomahawk missiles, only land-based rather than sea.

"The United States themselves derived sea- and air percussion tools from the treaty on intermediate and short range. Now it would be extremely difficult to find the Russian's fault - they used the ship's systems of precision weapons, and thus did not go beyond an international legal framework", said the expert .

A Georgian expert on the Middle East, Iranist Vasiliy Papava believes that the involvement of Moscow in the Syrian conflict is due to several key strategic objectives.

"This is to maintain their presence in the region, challenge US hegemony in the world and help the regime of Syrian President Bashar Assad in the fight against radical Islamists, who are considered the worst enemies of Russia", said the expert.

According to him, considering the fact that there are on duty ships of the Russian Navy onthe coast of Syria, the launching of rockets against ISIS targets from the Caspian Sea serves several purposes, including the demonstration of the power and possibilities of the Navy of the Russian Federation capable of a long distance to hit enemy targets and send a clear message to those forces that do not take into account Russia's interests in the region.

"That's to say, the Russian Federation has shown to the world that if you cross the red line, then Moscow's actions would to be adequately proportional to the threats and challenges that directly hurt and threaten its national and geo-strategic "interests", summed Papava.