​Experts on upcoming meeting of presidents: Azerbaijan not satisfied with imitation of negotiation process

​Experts on upcoming meeting of presidents: Azerbaijan not satisfied with imitation of negotiation process "Participation of foreign ministers of Russia, US and France in the meeting sets a high level of political consultations" 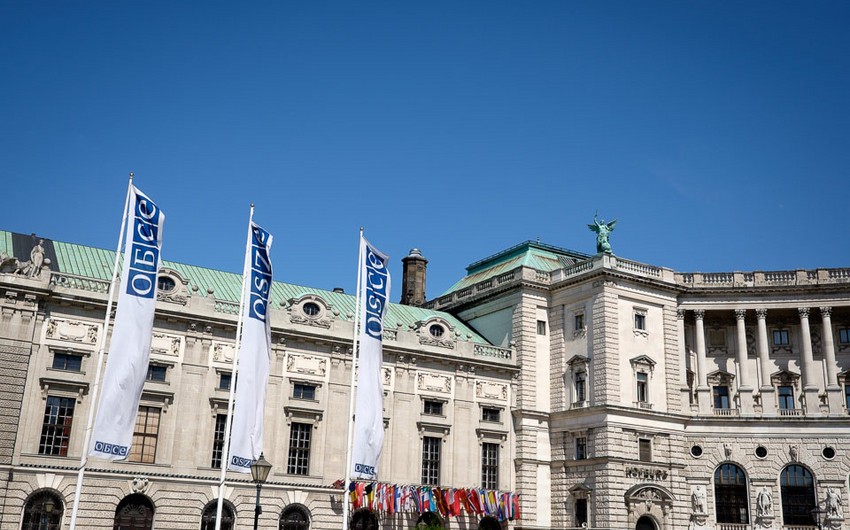 Baku. 13 May. REPORT.AZ/ Presidents of Armenia and Azerbaijan will discuss the issues of strengthening the ceasefire regime at the upcoming meeting in Vienna, experts say.

"Personally, it seems to me that any progress in the negotiations is not expected, especially if the meeting are helding under the auspices of the OSCE Minsk Group. History shows that none of these meetings of a protocol character didn't give any positive results, on the contrary, after each such a meeting, the situation on the lfrontine in Karabakh zone had escalated regularly on the Armenian side", Report was told by the Russian political scientist Oleg Kuznetsov.

According to him, ihe crucial success of the meeting is not expected.

"There is an impression that someone tries to impose Baku on these talks, thereby to give Yerevan a break back in a few days. As the football professionals say, this is a "tactics of petty fouls" to disrupt productive attack of the opponent. The OSCE can not offer anything constructive, just general conversations will be made", says the expert.

According to O. Kuznetsov, history shows that Armenia always ahead of talks starts to aggravate the military situation and does it intentionally.

"The shelling of the territory of Nakhchivan Autonomous Republic is the clearest proof of it. Yerevan tries to create a new reality: that's to say, they stop shelling the territory of Nakhchivan, if they will no longer been attacked in Karabakh. That's the whole sense of these actions. Yerevan intentionally goes to escalation of tensions that then to be able to return to its former level, and thus not change anything for some time", says the analyst.

In turn, a senior official at the MGIMO Center for Caucasus and regional security problems, Nikolai Silayev says that considering the fact what was announced by the Ministry of Foreign Affairs of Russia, agenda of the forthcoming meeting will include the issues how to strengthen the ceasefire, to reduce military risks, agree on the strengthening of specific confidence-building measures.

"First, official statements on the work on the meeting focuse on important role of Minsk Group and the OSCE in the talks for settlement of the conflict. At least, this shows that the Minsk Group members are not going to abandon this mechanism taks. Second, participation of the foreign ministers of Russia, US and France in the proposed meeting, but not the co-chairs sets a high political level of consultations. Naturally, high level representing of the Azerbaijani and Armenian sides is also expected", N.Silayev says.

Azerbaijani political expert Ilgar Velizade reminds that the Azerbaijani side has always insisted that any meeting should consider first and foremost the interests of Azerbaijan.

"We are not satisfied with the imitation of the negotiation process. Taking as a basis this factor, I think that the co-chairs have proposed such an agenda that may partially satisfy Azerbaijan. In particular, the meeting can discuss the practical issues related to the possibility of de-occupation of Azerbaijani territories and the return of refugees", he says.

Political analyst believe that at the meeting the parties will be offered terms that imply the strengthening of the ceasefire and creation of conditions for non-resumption of military operations.