Day of reckoning: Armenians should be held accountable for arms smuggling

Day of reckoning: Armenians should be held accountable for arms smuggling Karabakh's fighting brings to light a whole list of criminal actions and machinations of Armenians in the occupied territories over all these years. What the Azerbaijani authorities talked about, wrote, declared at every step, but was ignored or not recog
214 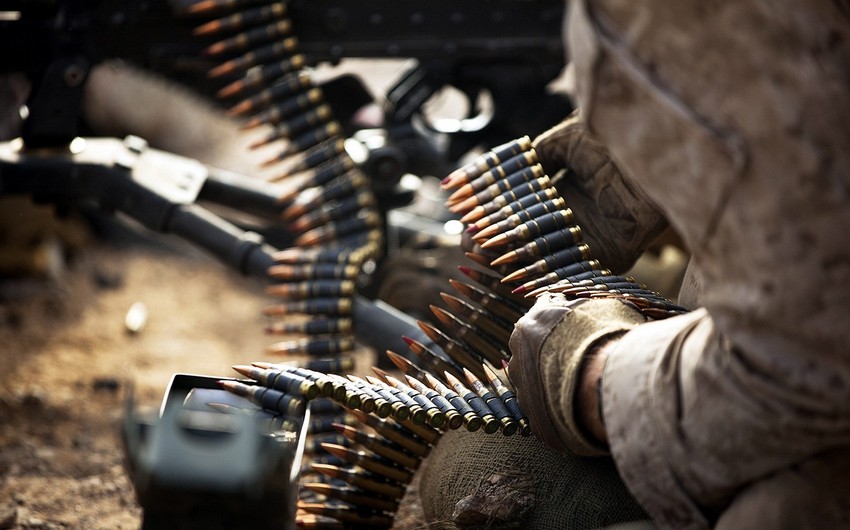 Karabakh's fighting brings to light a whole list of criminal actions and machinations of Armenians in the occupied territories over all these years. What the Azerbaijani authorities talked about, wrote, declared at every step, but was ignored or not recognized by the world community, is finally becoming public. We have an opportunity to present material evidence to the world and, thus, punish the enemy on the battlefield and within the international law framework.

One of the critical issues that President Ilham Aliyev has repeatedly focused on in his recent interviews and speeches is the use of contraband weapons by the Armenian armed forces. "241 enemy tanks were destroyed, 39 tanks were taken as war trophies – a total of 280 tanks. But there are still tanks, both on the occupied lands and in the territory of Armenia. Where did they get so many tanks?" the head of state said.

4 S-300 anti-aircraft missile systems attract attention in the list of destroyed Armenian weapons. According to unofficial sources, their price is about 250 million US dollars per division in the international market. 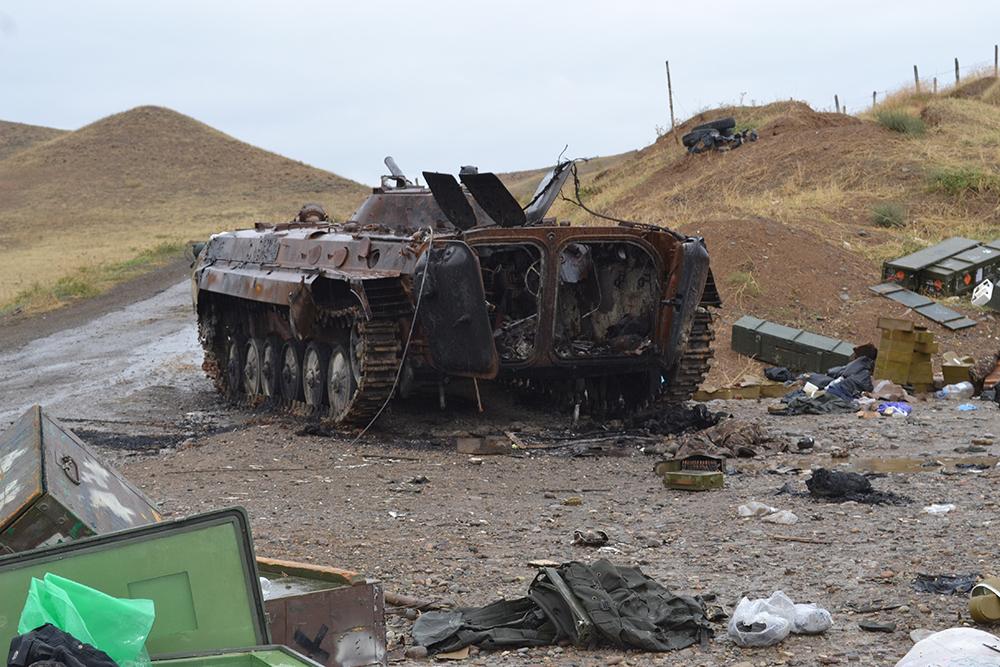 Indeed, even if Armenia directed its entire annual budget to purchase weapons, it would not accumulate many military equipment units. For comparison: according to the calculations of economists, from 1995 to 2020, Azerbaijan's defense budget amounted to $ 30 billion, while Armenia's - did not exceed $ 6.5 billion. The difference is five times.

Moreover, Azerbaijan is among the top ten countries with a military budget of 4% or more of GDP in the Stockholm International Peace Research Institute (SIPRI). This year alone, according to the state budget, defense expenditures in Azerbaijan will amount to more than $ 2.2 billion, and the lion's share of these funds, as every year, goes for the purchase of weapons on entirely legal grounds within the framework of all relevant conventions on this subject. In Armenia, the military budget, together with the 80 million US dollars invested in it in October, amounted to 600 million US dollars this year...

Azerbaijan does not hide either the country or the type of weapon it acquires for its military units. All this information is available on the Internet, reflected in the reports of the same SIPRI and other organizations.

But Armenia officially had only ... 150 tanks in its arsenal before the outbreak of hostilities, that is, half the number already destroyed by Azerbaijani troops in just a couple of weeks. 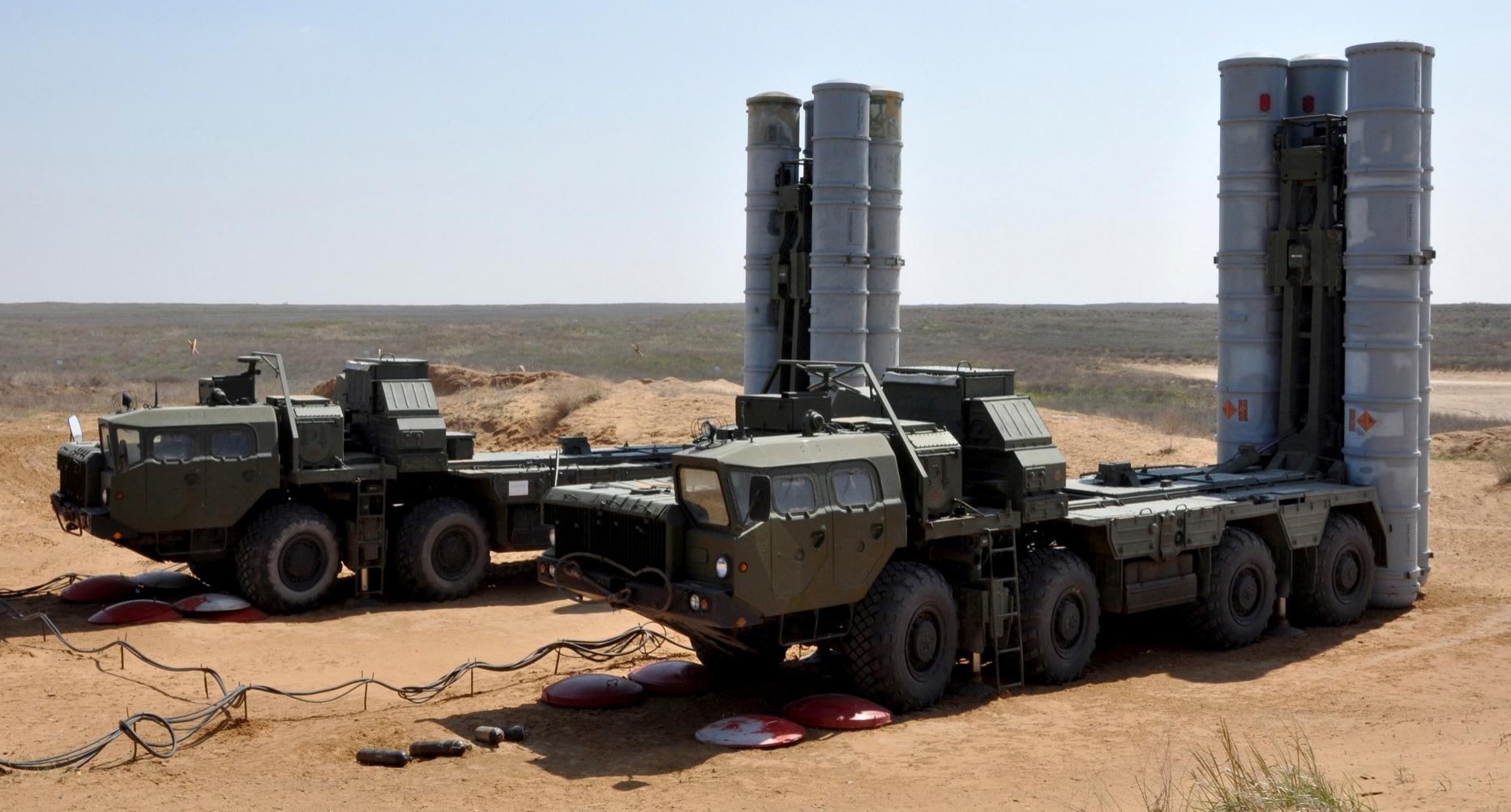 Considering that each country must "open the doors" to UN experts to examine the "whiteness" of its weapons, it is evident that Armenia did not keep "extra" tanks and other equipment on its territory. All these weapons were smuggled into Armenia, past customs declarations, and immediately transported to Nagorno-Karabakh. According to the Azerbaijani side, as our officials have repeatedly stated, they were stored in the occupied territories and resold further on the black market. "The Armenian side, creating illegal companies, is engaged in the illegal provision of weapons on the "black market." Assistant to the President of Azerbaijan, Head of the Foreign Policy Department of the Presidential Administration Hikmet Hajiyev in the summer, urging countries cooperating with Armenia in this area to be attentive.

Considering that contraband weapons cost several times less than their official cost, one can only guess the amount of "Navar" of the Armenian side.

Moreover, Armenia receives most of its arsenal in the form of hidden "aid" or indefinitely irrecoverable loans.

Yes, most of this technology is already outdated both morally and physically, but it also has buyers in the face of terrorist organizations and gangs. For them, various exercises were organized in the occupied territories - of course, not for free. All these vast sums, naturally, passed by Armenia's budget and were exported abroad with corruption schemes. Definitely, not without the knowledge or even direct participation of the leadership of this country. Moreover, according to statistics, every 4th citizen of Armenia lives below the poverty line. 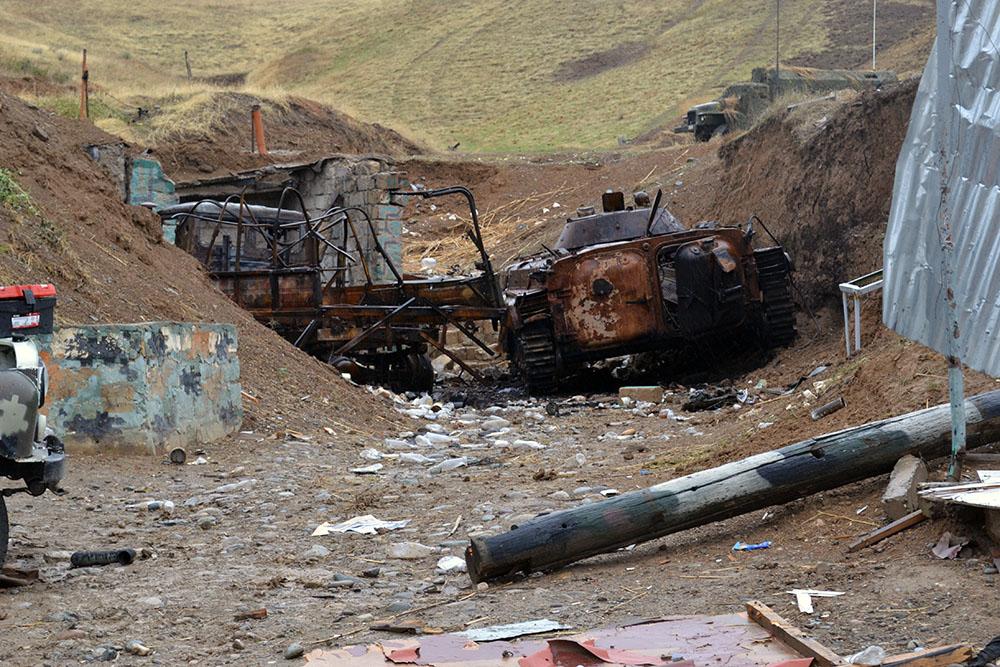 With the beginning of hostilities, the schemes for the smuggling of weapons to Karabakh intensified with renewed vigor, and the Azerbaijani side made statements on this at the highest level. Naturally, the Armenian economy, its budget cannot pay such expenses - this is another "gift" of the diaspora. But the gift is again illegal.

The Azerbaijani troops, of course, inflicted severe damage on the enemy's weapons arsenal. According to experts, it will take at least 10-15 years to restore it to its previous positions (before September 27) if the volume of Armenia's state budget remains at least at the level of this year (which is very doubtful).

Thus, with the loss of control over the occupied territories, Armenia loses a huge "black" profit from terrorist organizations, the ability to hide illegally obtained weapons in the future, and its defense capability in general.