Azerbaijan-European relations - 101-year-old cooperation - COMMENT Azerbaijan and the European Union have held numerous meetings on cooperation in the fields of human rights and democratization.
107 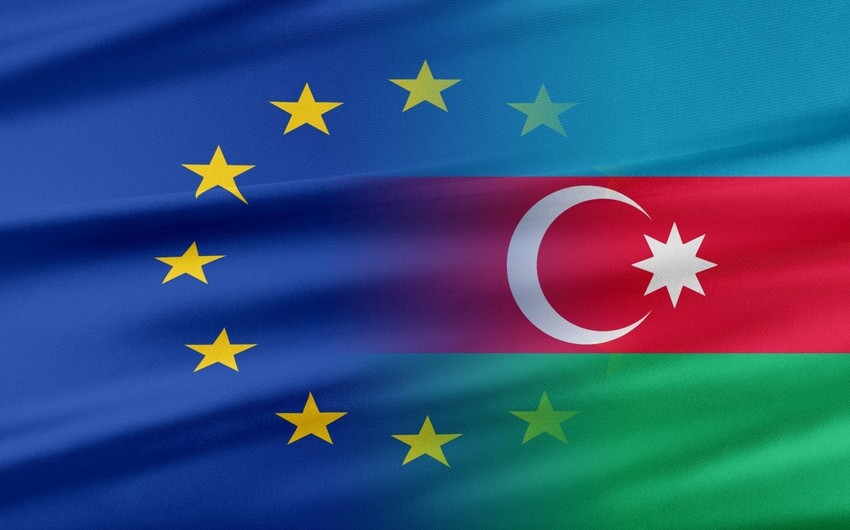 Cooperation between Azerbaijan and Europe will further expand.

Azerbaijan and Europe enjoy century-old relations in the political, economic, cultural and scientific spheres. Just like 101 years ago, the red color on the flag of Azerbaijan Democratic Republic, which was established 101 years ago, means to be modernized and Europeanized. It means cooperation with Europe, integration with Europe is among the basic principles of the Azerbaijani state. At present, Europe is mainly represented by the (EU) and continues economic, commercial, cultural, political and social relations with Azerbaijan. Since Azerbaijan announced its independence and restoration of the republic, it has expanded cooperation with the Union in a number of areas, especially in the energy sector. It is even one of the leaders in ensuring safety in this direction.

Let's take a look at some agreements on cooperation between Azerbaijan and the European Union. The EU has been one of the key donors, that assisted Azerbaijan economy since 1991, when the country gained independence. During this period the relations with the Alliance developed within "Technical Assistance to the CIS" (TACIS), " Transport Corridor Europe-Caucasus-Asia " (TRACECA), "Intergovernmental Program on Oil and Gas Transportation to Europe" (INOGATE), "Humanitarian Aid" (ECHO) and other programs.

One of the main directions of cooperation between Azerbaijan and the EU is the continuation of cooperation and negotiations in the direction of energy carriers. In this regard, Memorandum of Understanding aimed at Strategic Partnership in the field of energy between the European Union and the Republic of Azerbaijan, signed during President 's visit to Brussels on November 7, 2006, created new opportunities for the expansion of the energy dialogue between the parties. The main objectives of this Memorandum include diversification and security of the energy supplies to the European Union, as well as the development and modernization of Azerbaijan's energy infrastructure, the efficient use of energy, the use of energy saving and use of renewable energy sources. Since January 1, 2007, TACIS has been replaced by the European Neighborhood and Partnership Instrument (ENPI). ENPI, which has broader mandate and coverage, is a key financial instrument for the implementation of the ENP Action Plans. ENPI has three major strategic goals: promoting democracy and human rights, facilitating transition to market economy and promoting sustainable development, as well as developing cooperation in areas of mutual interest.

TRACECA program, which is called new Silk Way, is a program that enhances transport links between Central Asia, the Caucasus and Europe. TRACECA (Transport Corridor Europe-Caucasus-Asia) was established at the conference of the Ministers of Trade and Transport- 5 Central Asian states and 3 South Caucasus countries-held in Brussels on May 3, 1993. The aim of the program is to increase chances of the mentioned countries for access to European and world markets through alternative transport routes by supporting the political and economic independence of those countries and to establish fastest and cheapest transport corridor from Europe to the Central Asia and back via the Black Sea and the Caucasus. The Eastern Partnership (SE) was initiated by Poland and Sweden during the EU Foreign Ministers' meeting held in Brussels on May 26, 2008. EU's current assistance on 2014-2020 continues based on the European Neighborhood Instrument. In this framework, annual financial aid is provided through the Action Programs signed with Azerbaijan annually. The major directions of financial assistance on 2014-2017 were as follows: regional and rural development, reforms in justice and priorities of education and skills.

Moreover, Azerbaijan and the European Union have held numerous meetings on cooperation in the fields of human rights and democratization. For example, the Central Election Commission of the Republic of Azerbaijan organized large-scale trainings and seminars jointly with the European Union on further strengthening the registration procedure of candidates for the Milli Majlis and consideration of election appeals.

Regarding energy cooperation, Azerbaijan, as EU's strategic partner of EU, currently meets 5 percent of the EU's oil demand. Azerbaijan also plays a crucial role in delivering the Caspian gas resources to the EU market through the Southern Gas Corridor. Memorandum of Understanding aimed at strategic partnership signed in 2006 laid the foundations for bilateral cooperation in the relevant field. The Memorandum identified four areas of cooperation: coordinating legislation, strengthening supply and transit systems, energy efficiency, technical cooperation and exchange of experience. The Azerbaijan-EU energy cooperation is not limited only to the Memorandum of Understanding. In January 2011, former European Commission President Jose Manuel Barroso and President Ilham Aliyev signed a Joint Declaration on the Southern Gas Corridor in Baku. The Southern Gas Corridor is a strategic initiative that can bring the Caspian, Central Asia and Middle East gas resources into the European market and play a role in branching EU energy security.

The infrastructure of the Southern Gas Corridor, which supplies natural gas from the Caspian basin, especially from the Shah Deniz-2, covers the expansion of the South Caucasus Pipeline and construction of Trans-Anatolia and the Trans-Adriatic Pipeline. As a result, Azerbaijani gas will be delivered to Bulgaria, Greece and Italy through Georgia and Turkey. Shah Deniz-2 field will transport 6 billion cubic meters gas to Turkey and 10 billion cubic meters to European countries at the initial stage.

Trade relations between the parties are currently regulated by the Partnership and Cooperation Agreement. EU ranks first among Azerbaijan's trade partners. According to the indicators for January-September 2016, EU's share in Azerbaijan's foreign trade turnover constituted 37.12 percent ($ 4 billion 730 million). EU is Azerbaijan's key trading partner accounting for 45.87% in exports and 27.89% in imports. EU exports mainly machinery and transport equipment, while Azerbaijan’s export to EU was mostly comprised of oil and natural gas (98% of total exports). The largest trading partners of Azerbaijan among the EU countries are Italy ($ 1.445 billion, 30.5 percent), Germany (768 million 70 dollars, 16.25 percent) and Britain (449 million 71 dollars, 9.5 percent).

There are also measures to expand scientific and cultural ties between the sides. EU's Erasmus + program aims at supporting Azerbaijani universities, their teachers and student staff. This project provides Azerbaijani teachers and students with opportunities to study or take internship at the EU universities for 3-12 months. In 2015, approximately 250 students and teachers from Azerbaijan visited Europe within the framework of this program, and 85 European students and teachers came to Azerbaijan.

In general, Azerbaijan has a huge potential of expanding cooperation with Europe. However, occupation of Nagorno-Karabakh territory of Azerbaijan prevents the implementation of this potential. The Alliance supports the activity of the OSCE Minsk Group and tries to contribute to the resolution of the conflict by not recognizing separatists in Nagorno-Karabakh. However, there is every opportunity to do more work in this direction. First of all, it is possible to put pressure on the aggressor.

As it is known, the EU is the key trading partner of Azerbaijan. Moreover, Azerbaijan does not receive humanitarian or other aid from the Alliance. Thus, the republic is free and independent in discussing all issues with the Union. Countries that Azerbaijan cooperate in mutual trade, receive aid from EU.

Thus, it is not excluded that cooperation between Azerbaijan and Europe will be further expanded. The red color on the three-color flag has confirmed it for 101 years.