Valley of pomegranate’, containing one of Azerbaijan’s main symbols - Video report A garden of pomegranate with 40 hectares in Meyniman village of Hajigabul, 113 km from Baku. 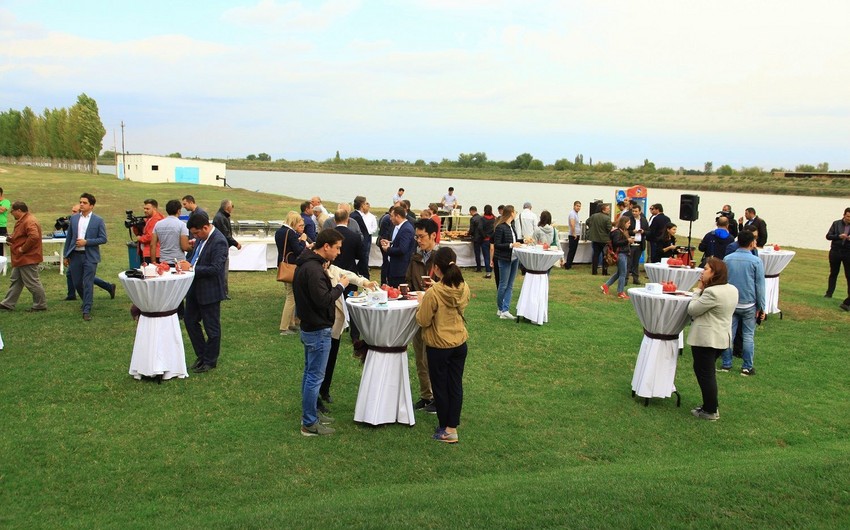 A garden of pomegranate with 40 hectares in Meyniman village of Hajigabul, 113 km from Baku.

We visited this place, called ‘Valley of Pomegranate’, as part of agro tour organized by Agrarian Procurement and Supply OJSC of the and supported by Agro Credit and Development Agency as well as UNDP.

The goal was to familiarize the journalists and representatives of diplomatic representations in Azerbaijan with the valley, covered by Agro-ecotourism project “From City to Village”. Owner of the pomegranate garden Rashad Shirinov, who studied in Canada at one time, met us and gave detailed information.

He said that ‘to grow a pomegranate required hard work': "Nearly 20 operations are carried out in pomegranate trees in summer. The trees are irrigated by drops and fertilized. One of special points it struggle against butterfly during blossoming. Sometimes, we see no sign of soreness on the pomegranate. However, when we cut it we see worm in it. This is caused by an egg of a butterfly in period of blossoming. We are figthing to prevent it. We have a light trap to catch butterfly in the garden. We are controlling the process every day."

Shirinov said that there is interest in Azerbaijan’s pomegranate from foreign countries: "We export products to Russia and Arab countries. Along with this, negotiations are underway with Germany. We can export to Asian countries in the future. We are now working to enlarge the garden. Because only we grow young plant in the country. We are currently growing nearly 300,000 saplings. 42 people are working in the garden."

Pomegranate is becoming one of Azerbaijan’s symbols in the world market. Our country exported 9,300 tonnes of pomegranate worth $12.3 million last year. 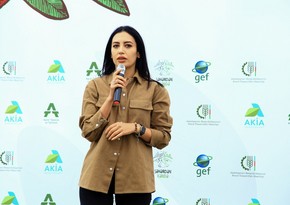 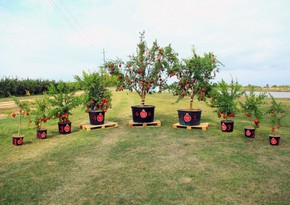 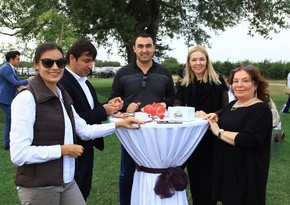 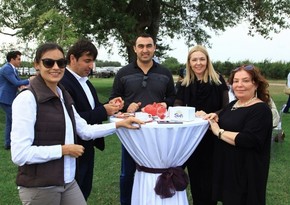 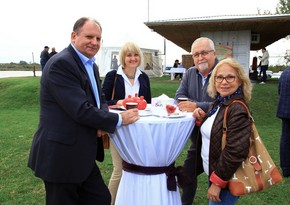