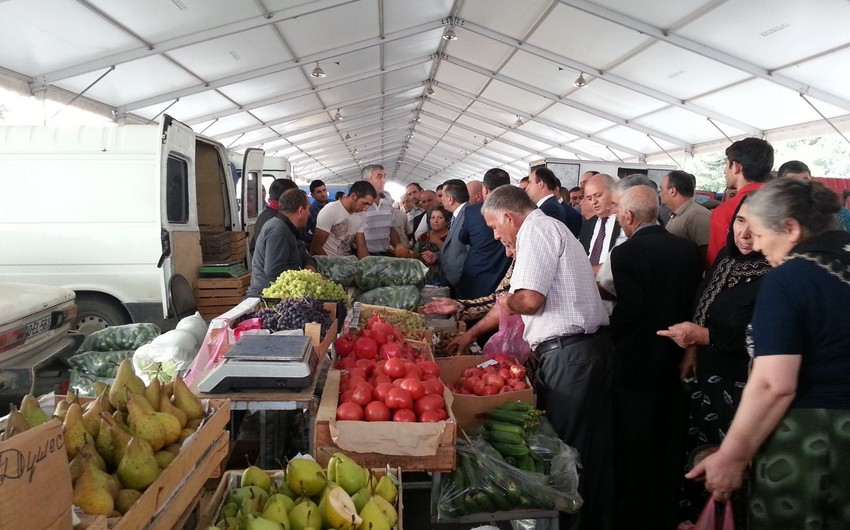 Baku. 12 March. REPORT.AZ/ On 14-19 March will be held agricultural fairs at the distinct sites of Baku city.

Report informs referring to the Ministry of Agriculture, the purpose of trade fairs - to compensate the needs of the population to food and agricultural products on the eve of Novruz holiday, prevent artificial rise in prices and speculation.

Ministry of Agriculture organizes fairs on the Ukrainian circle in Khatai district, near the cinema "Baku" in the "Taza Bazar" S.Vurgun Street, 73, of Nasimi district, close to the Iranian clinic on the street Akim Abbasov of Yasamal district, near to the metro station "Ganjlik" in Narimanov district, far the school located on the street Seyran Mamedov, 1 Sabayel settlement of Badamdar, near the Military unit or complex of martyrs, in the Ahmed Mehbalyev 2 street in Surakhani settlement in Garachukhur, as well as on the street S.Bahlulzade, 12 of Amiradzhany village, near the shopping center "Elite" on the Koroglu Rahimov street, 53 in Binagadi settlement in Darnagul.