Worried About Crowded Planes? Know Where Your Airline Stands

Worried About Crowded Planes? Know Where Your Airline Stands Whether your flight will be jammed with passengers, or have enough empty seats to soothe virus-fearing travelers, really depends on the airline. 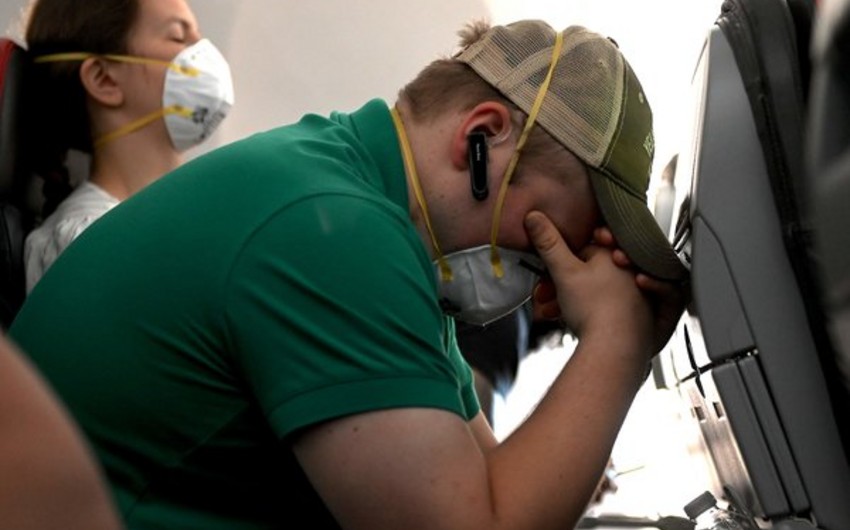 Whether your flight will be jammed with passengers, or have enough empty seats to soothe virus-fearing travelers, really depends on the airline.

Air travel has ticked up in the last month, airlines have divided into two camps: those blocking strategic seats to offer more space, and those willing to fill planes.

In the latter camp, United Airlines never instituted limits and continues to sell all available seats as demand allows. As of July 1, American Airlines announced it would drop its capacity restraints in place at 85 percent since April.

In the other corner are Alaska Airlines, Delta Air Lines, and Southwest Airlines, who say they will continue to block middle or adjacent seats through Sept. 30. JetBlue Airways just extended its ban on selling middle seats through Labor Day.

The rise of full flights this summer has enraged some travelers. In response to a recent New York Times story on the lack of social distancing in the air, one reader commented, "I recently flew on two different American Airlines flights. Passengers packed together as in the old days, zero social distancing, and frequently, the stewardess left her mask hanging off her face. NEVER again."

Airlines leaving key seats open say the measure is designed to reassure the public of their safety in the air. "We're adding tens of thousands of flights to address extra demand while leaning in on that assurance of distancing," wrote Brad Hawkins, a spokesman for Southwest, in an email.

"More space matters, and more space is better for you," said Drake Castañeda, a Delta spokesman.

The economic pressure to sell all seats is enormous. Last week, Delta announced that its revenue plunged 88 percent in the second quarter, losing $5.7 billion. Last week, American said it could furlough 20,000 people beginning Oct. 1, when federal stimulus funds expire. United said it could shed 36,000 jobs in the fall.

"Whatever airlines do to make people comfortable flying again is good for the entire industry," said Seth Kaplan, an airline expert and the host of the podcast Airlines Confidential. "United and American are probably glad Delta and Southwest are giving the public confidence in flying, but they're going to take the money."

Among these four biggest airlines in the nation, he added that Delta and Southwest entered the pandemic in a stronger financial position than Americans and United.

As of mid-July, the average flight only carries about , flying at an average of about 50 percent capacity, according to the trade group Airlines for America, making it easier for the more generous airlines to guarantee open space.

Rather than blocking seats, American and United are offering rebooking for travelers on crowded flights through pre-flight notifications. However, some fliers have  that changing plans at the last minute is inconvenient. Joy Gonzalez of Seattle, a recent advertisement on American, said the options she'd been given to alter involved long trips "with two or three layovers."

"We have multiple layers of protection in place for those who fly with us, including required face coverings, enhanced cleaning procedures, and a pre-flight Covid-19 symptom checklist. We're providing additional flexibility for customers to change their travel plans, as well," wrote Ross Feinstein, an American spokesman, in an email.

A United spokesman, Charles Hobart, wrote in an email that "the overwhelming majority of our flights continue to depart with multiple empty seats."

Is it even possible to achieve social distancing in the air?

On airlines that aren't blocking seats, carriers say they allow passengers, once boarded, to move to an empty seat within their ticketed cabin, even if that seat is a premium seat, assuming there isn't an issue with balance and weight distribution.

But there have been some incidents on American planes in which passengers complained that they were not allowed to move to premium seats. "They made it very clear that if you are trying to sit in empty seats to socially distance, you are still not permitted to sit in exit row seats because you have to pay for them," John Schmidt, a Times reader, on July 8, about an American flight from Austin to Los Angeles. "This was a public announcement. It is their policy," he wrote.

On July 10, American said it sent a reminder to its flight attendants that read, "For now, it's OK for customers to move to different seats in the same cabin."

Hoping for an empty seat isn't enough for Senator Jeff Merkley, Democrat of Oregon, who tweeted about his packed American Airlines plane from Dallas to Portland on July 2, concluding, "No way you aren't facilitating the spread of COVID infections."

The next day he wrote on Twitter that he would "introduce a bill to ban the sale of middle seats through this pandemic."

"I recognize this does not fill the six-foot standard established by the C.D.C.," he said in an interview. "But it's the minimum requirement to decrease substantially the immediate proximity of someone else's exhaled breath."

Even if middle seats are left open, experts point out that you're still not going to get the desired six feet of safe distance from the passenger occupying the same row. Still, some medical experts say travel can be done safely.

"Shorter is better, in terms of flights, so you don't have as much exposure to other people," said Preeti Malani, the chief health officer and a professor of medicine in the infectious diseases division at the University of Michigan.

"I tend to feel window seats are better because you're around fewer people," she added.

Airlines have also increased aircraft cleaning frequency and strengthened their sanitation protocols. They also point to their durable air filters — most use high-efficiency particulate air or HEPA filters that remove over 99 percent of airborne particles — and the constant circulation of fresh air in the cabin in mitigating virus spread.

In its advice to travelers, the C.D.C. states, "Most viruses and other germs do not spread easily on flights because of how air circulates and is filtered on airplanes."

Data on in-flight coronavirus transmission is rare. The International Air Transport Association, a trade association representing the world's airlines, found four episodes of in-flight Covid-19 communication, all from passengers to crew members, between January and March 2020, in a survey of 18 major airlines.

"The reasons for the low rate of in-flight transmission are not known, but could encompass a combination of the lack of face-to-face contact, and the physical barriers provided by seatbacks and the characteristics of airflow," it wrote in a document on restarting aviation in the Covid-19 era.

With or without social distance, wear a mask

"Many people are asymptomatic with this, which is why we want everyone wearing masks," said Dr. Trish Perl, the chief of the Division of Infectious Diseases at the University of Texas Southwestern Medical Center. She noted that masks reduce the risk of catching the virus by up to 70 percent.

Most airlines in the United States require masks except when a passenger is eating or drinking, which has sparked some dissent in the air. In June, CNN reported that one passenger had been removed from an American flight for not wearing a mask and banned from future trips while the mask mandate is in place.

Last week, images of Senator Ted Cruz, Republican of Texas, not wearing a mask on an American flight  social media. A representative for Mr. Cruz told The New York Times that he wears a face covering while traveling and had temporarily removed it to eat or drink. However, another photo surfaced of the senator not wearing a mask inside the airport.

Delta has begun asking travelers who can't wear a mask for health reasons to reconsider flying; if they decide to travel, they will be subjected to a private health screening at the airport to determine whether they will be allowed to fly. Other airlines, including Alaska and Allegiant, require passengers to acknowledge the mask policy at check-in via a health agreement or questionnaire.

Alaska will issue a yellow card to passengers who repeatedly refuse to wear a mask. The map, modeled on soccer fouls, states, "This is your final notice to comply with our policy. Next, we will file a report, which could result in the suspension of future travel on Alaska Airlines."

"It's been a patchwork since there is no federal mandate on masks," said Sara Nelson, the president of the Association of Flight Attendants union.

"Once that's communicated, people are used to following the rules, especially in aviation," "You have to recognize, this is not a normal day. When you're flying, your fate is tied up with others."

Internationally, Qatar Airways is the first airline to mandate face shields in addition to face masks for its passengers.

Stateside, the recently published Runway to a Recovery plan, jointly issued by the Department of Transportation, Homeland Security and Health and Human Services, "strongly encouraged" airlines and airports to require masks or cloth face coverings rather than recommending a federal mandate.

Stimulating travel is essential to the nation's economic recovery, according to the U.S. Travel Association, the industry is in a depression with 51 percent unemployment. It forecasts that travel spending will decline $519 billion this year because of the pandemic.

But recovery, reliant on consumer confidence, might, in part, depend on the feeling of safety offered by providing extra elbow room in the air.

"We have decided as a nation that airlines are essential," said Senator Merkley. "In every essential setting, we've asked businesses to make accommodations to minimize the transmission of the virus. In stores, we have masks and sometimes one-way aisles. In restaurants, we have tables further apart. It's reasonable to ask airlines to do the maximum they can, like not selling adjacent seats."