US Ambassador to Azerbaijan: My feelings are mixed up

US Ambassador to Azerbaijan: My feelings are mixed up 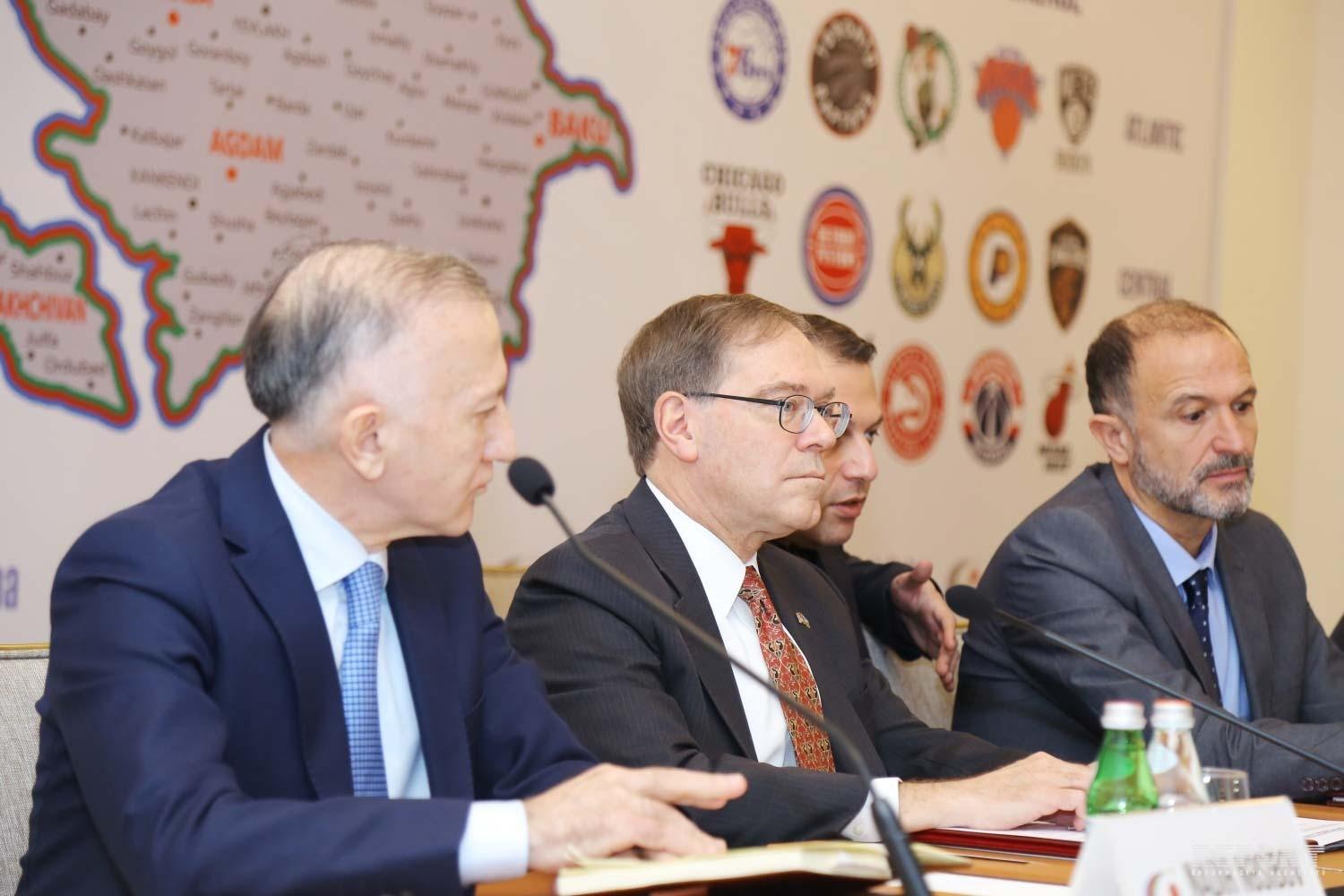 "My feelings are mixed up. Our famous basketball player Kobe Bryant died three days ago. He played a big role in the popularization of the sport," US ambassador to Azerbaijan Lee Litzenberger said.

The ambassador spoke at a presentation and press conference on the opening of the Jr.NBA Azerbaijan League, which covers the age group of 12-14 years (boys and girls).

Report says that Litzenberger thanked the ceremony participants for commemorating the legendary basketball player at the beginning of the event.

The ambassador said that basketball gained enormous popularity in the world as a purely American game and is the second most popular sport after football.

"This sport has over 2 billion fans. I am delighted with a growing interest in basketball among Azerbaijanis. It is excellent that Azerbaijan embraces American culture.