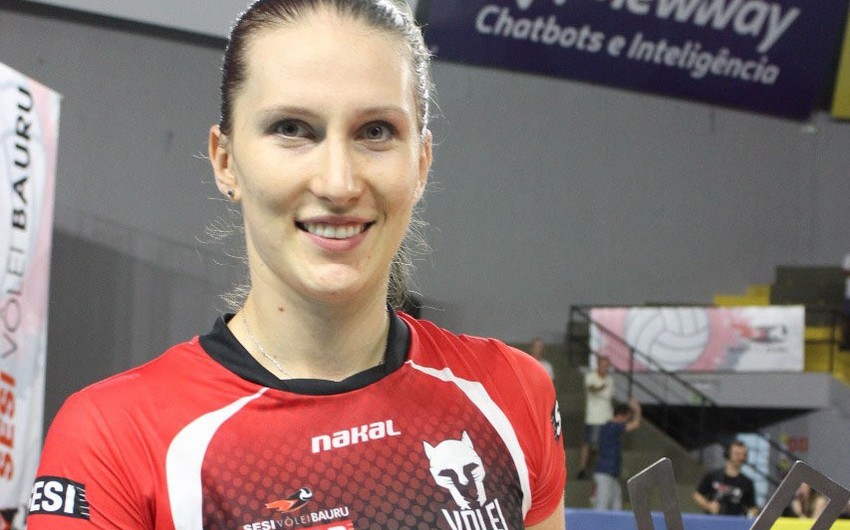 Polina Rahimova, who plays for Brazil's Sesi Bauru, has completed her career in the Azerbaijan national team.

"We're out of the Tokyo Olympics. I'm still excited for the next game, that will be my last match in the nation," Report quotes the 29-year-old athlete as saying to the official website of the European Volleyball Confederation.

The Azerbaijani team is currently competing in the European Qualification Tournament, struggling for a license for the 2020 Tokyo Summer Olympic Games in Apeldoorn, the Netherlands. The team lost to the Netherlands 0: 3, and to Bulgaria 1: 3, making it evident that the team, led by Vasif Talibov, will be the last on the finish line. Despite the results of the previous round match with Poland on January 11, the Azerbaijani national team failed to win the Olympic license.

Polina Rahimova has played for the Azerbaijani national team since 2007.