Population forecast for Azerbaijan in 2050 announced 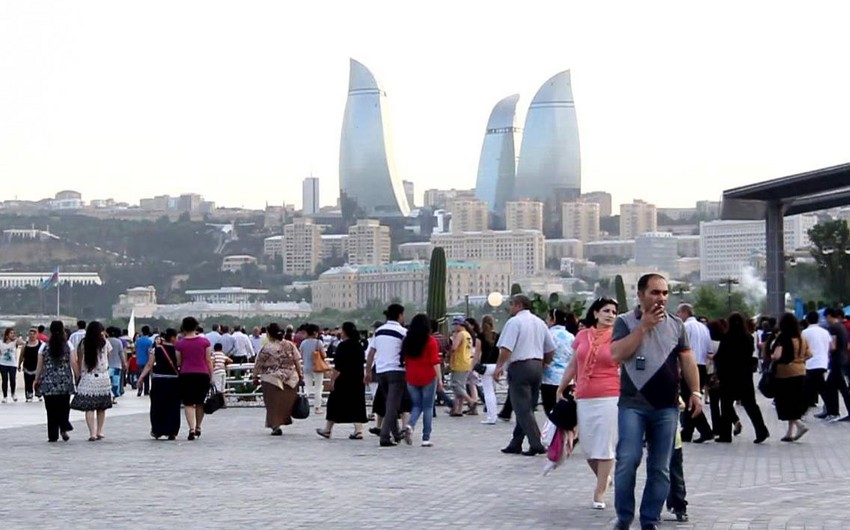 Baku. 24 August. REPORT.AZ/ Population of Azerbaijan will increase to 12 million 100 thousand people by 2050.

Report informs, it was said in a report on the results of the research in 200 countries conducted by the NGO "Population Reference Bureau", located in Washington.

Report's authors presented Azerbaijan, Armenia and Georgia as countries on the Asian continent.Azerbaijan is currently in 91th place among the countries of the world by population, and in the 27th place in Asia. According to the  forecasts, in 2050 Azerbaijan is in the list of the world's countries will be enrolled in the 92 th placein the regional ranking - 30 th place.According to the report, the average life expectancy for men in Azerbaijan is 72 years, and women - 77 years.
According to the report, currently population of Armenia is 3 million people, it takes 138th place among the world's countries and 43rd place - for Asia. According to information, after 35 years Armenia's population will decrease by 500 thousand people and make 2 million 500 thousand man, as a result it will take 147 th place in the ranking of the world's countries and 45th place in the region.Male life expectancy in Armenia is 72 years, and women - 78 years.

Georgia, with population of 3 mln 8 thousand takes 132 th place in the world ranking and 41 th place in Asia. According to the report, in 2050, Unlike Armenia, Georgia's population will increase to 4 million 7 thousand. But despite this, its position will not change in the global and regional rankings.