Hagia Sophia to be open for all: Erdoğan

Hagia Sophia to be open for all: Erdoğan The Turkish president stressed that Hagia Sophia would continue to embrace everyone with its new status as a mosque in a much more real way
101 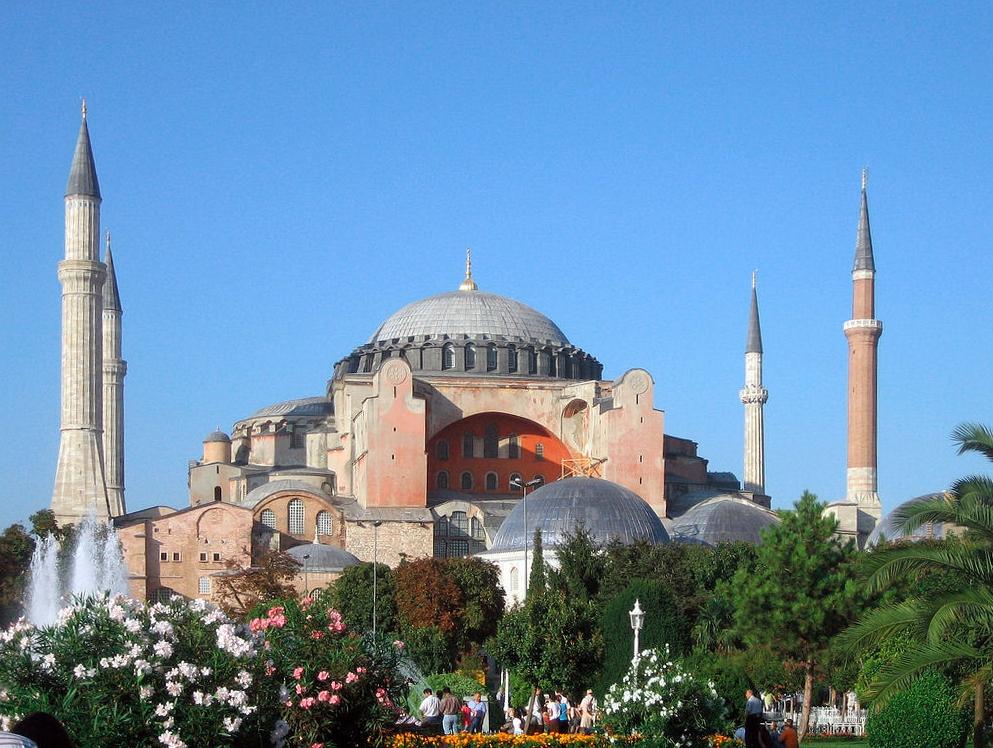 After completing all preparations, Turkey will open Hagia Sophia for worship on July 24 at Friday prayer, the Turkish president said on Friday.

In an address to the nation, President Recep Tayyip Erdoğan delivered his remarks on the new status of Hagia Sophia -- which was used as a museum for the past decades but will serve as a mosque following a recently adopted decree on Friday.

The president said Hagia Sophia's doors would be open for Turks, foreigners, Muslims, and non-Muslims, as is the case with all other mosques. The Turkish president stressed that Hagia Sophia would continue to embrace everyone with its new status as a mosque in a much more real way. "I invite everyone to respect decisions taken by judicial and executive bodies of my country on Hagia Sophia," Erdoğan said, stressing that how the historical complex would be of use was a matter of national sovereignty.

Turkey welcomes all views on the issue, noted Erdoğan referring to the new status of Hagia Sophia, and added that any attitude or expression beyond that would be considered a "violation" of Turkey's "independence". "I underline that we will open Hagia Sophia as a mosque by preserving the common cultural heritage of humanity," Erdoğan stressed.

Notably, President Recep Tayyip Erdoğan declared Istanbul's iconic Hagia Sophia open to Muslim worship on Friday after a top court ruled the building's conversion to a museum by modern Turkey's founding statesman was illegal. Erdoğan made his announcement, just an hour after the court ruling was revealed, despite international warnings not to change the status of the nearly 1,500-year-old monument, revered by Christians and Muslims alike.