Representatives of Sinai Temple: Azerbaijani people have a culture of high tolerance 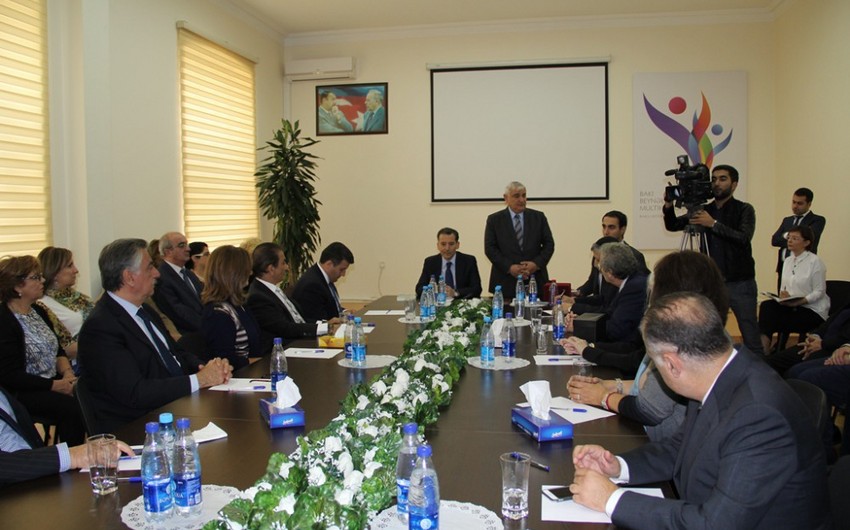 Report informs, E. Mammadyarov said that the Jewish community existed in Azerbaijan for centuries. Speaking about multiculturalism and tolerance traditions in Azerbaijan, the Minister stressed that the policy of intercultural and interreligious dialogue is pursued in the country. Azerbaijani minister also informed the guests about the Armenia-Azerbaijan, Nagorno Karabakh conflict and its grave consequences, Armenia's ethnic and religious intolerance towards Azerbaijan, the policy of racial discrimination and ethnic hatred. He highlighted that for the conflict settlement Armenia must put an end to the occupation of Azerbaijani lands and withdraw its troops from the occupied territories.

In turn, expressing their satisfaction with the visit, the guests praised the care to the local Jewish community at the state level in the country. Stressing the culture of high tolerance of Azerbaijani people, the members of delegation highly appreciated the role of Azerbaijan's government in the development of these traditions as part of state policy.