Rector of the Faculty of Islamic Sciences in Paris: "People returned to their religion after Azerbaijan gained independence"

Rector of the Faculty of Islamic Sciences in Paris: "People returned to their religion after Azerbaijan gained independence" 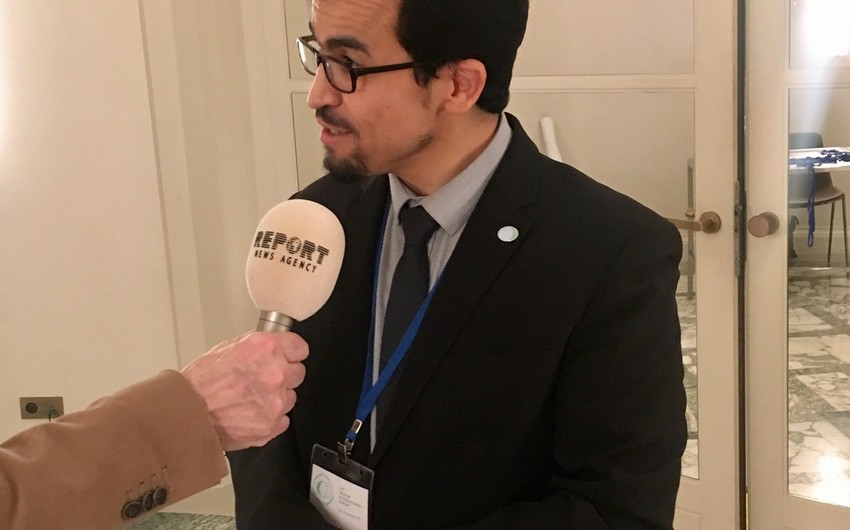 He noted that Azerbaijan was a part of the Soviet Union for many years and during this period, the religion was a taboo in Azerbaijan, just like in other countries. "However it is known to everyone that the more people are forced to distance from their religion and are persecuted for this reason, they more they get attached to their faith. For this reason, as Azerbaijan gained independence, people returned to their religion. As people have material needs, such as eating, and social needs as communicating, they have also spiritual needs, so they faced religion. Today, Azerbaijan has taken the path of secularism and at the same time it creates necessary conditions for all people to believe in their faith and to carry out their religious service."

Nuraddin Belhut said that people living in the secular countries also need religious, which is the source of spiritual nutrition. "Today, we can often witness such cases among the people in France, who have already reached a certain level of life altitudes. These individuals are busy with yoga or other ways that bring spiritual comfort, as well as are interested in religion in order to meet their spiritual needs. People who are not in need of money begin to search for the meaning of their lives. The Paris Islamic Faculty, where I am the head, is a private educational institution. Along with the young people, such people also appeal us, who try to find their spiritual comfort in Islam."

According to him, there were attempts to apply secularism in other Muslim countries. "In the 1930s, when Algeria was under French occupation, the country sent its scholars and professors to France to study secularism and apply it in their country. It has been impossible to create secularism in Muslim countries yet. Because, secularism is approached unambiguously. From this point of view, the secularism model in Azerbaijan can be used as an example. Secularization model created in Azerbaijan ensures people to worship equally and in peace whether they are Muslims, or Jews or people of other religions.