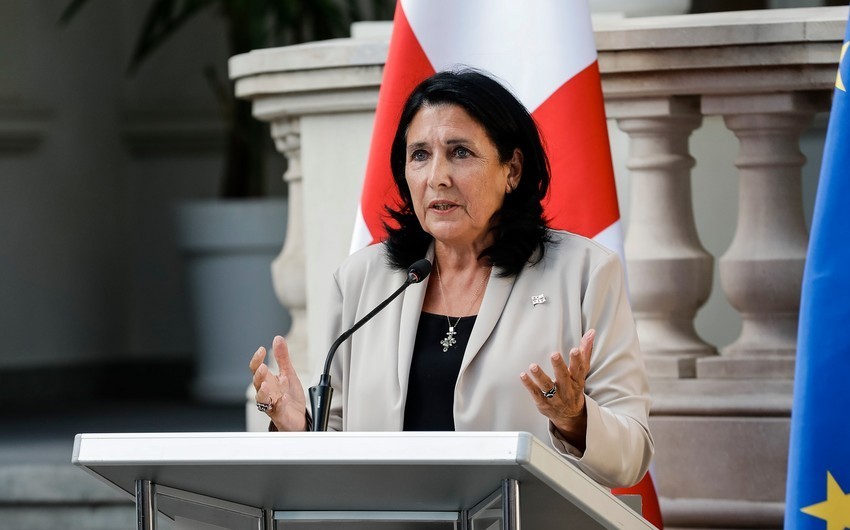 In the future, Georgia, Azerbaijan, and Armenia must ensure progress and stability in the South Caucasus, Georgian President Salome Zourabichvili said in an interview with Brussels Morning magazine, the Georgian Service of Report informs.

She said that this is the main common interest of the three countries.

Commenting on last year's war between Azerbaijan and Armenia, Zourabichvili said that Georgia remained neutral during the conflict and continuously called for peace and cooperation.

"Georgia has long-standing cultural, religious, and friendly good-neighborly relations with Armenia, as well as an intensive economic partnership with Azerbaijan. In this case, it was more appropriate for Georgia to play a role in ensuring peace and stability in the region," she said.

Zourabichvili noted that Georgia was constantly deepening relations with the two neighboring countries during the war, which became a tragedy for the entire region.