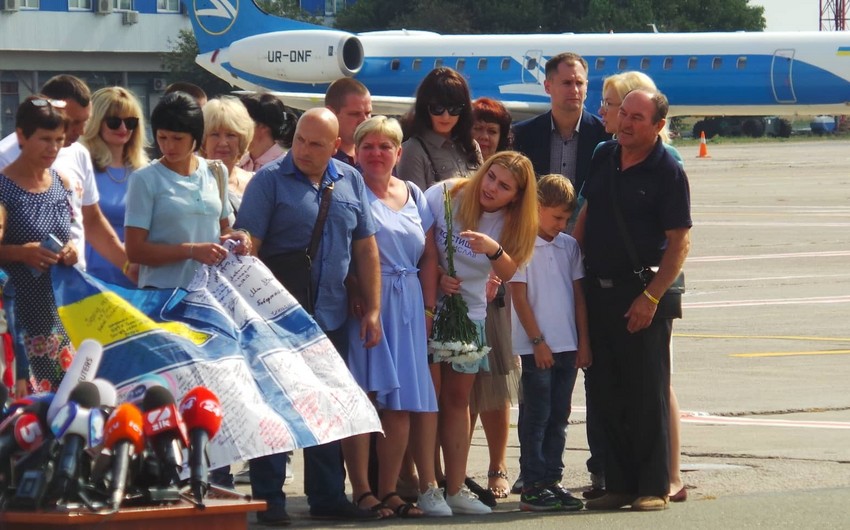 At the same time, a special board with returning citizens of Ukraine landed at the Boryspil airport.

President of Ukraine Volodymyr Zelensky, Prosecutor General Ruslan Ryaboshapka, Interior Minister Arsen Avakov and head of the security Service of Ukraine Ivan Bakanov came to meet the released at the airport. Relatives of prisoners also are waiting at the airport to meet them.

Commissioner for Human Rights in Russia Tatyana Moskalkova said that prisoner swap between Ukraine and Russia took place according to the formula "35 to 35".

The Ukrainian President also said that he had a telephone conversation with Vladimir Putin today.