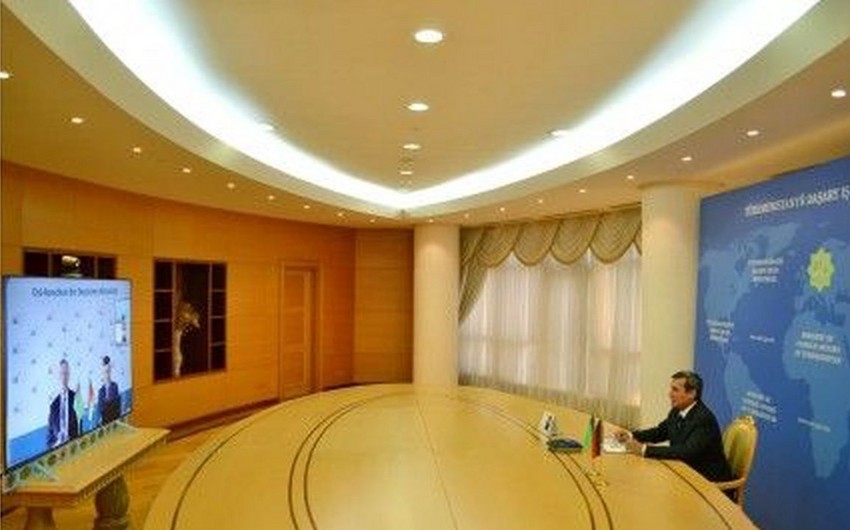 Vice Prime Minister, Minister of Foreign Affairs of Turkmenistan Rashid Meredov and Executive Director of the German Committee on Eastern European Economic Relations Michael Harms have discussed via a videoconference a wide range of issues regarding bilateral cooperation, informs.

The parties noted the positive dynamics in the development of trade and economic cooperation. In this regard, the sides discussed the possibilities of holding a meeting in the format of a video conference between the heads of relevant ministries and departments of Turkmenistan and Germany's trade and economic circles.

The necessity to continue the positive practice of holding Turkmen-German business forums was also emphasized. They expressed the expediency of holding the 7th "Days of the Federal Republic of Germany's economy in Turkmenistan" in the near future.

In addition, the parties noted the effectiveness of long-term cooperation in the banking sector, as the Turkmen banks have established reliable ties with Germany’s Deutsche Bank and Commerzbank.