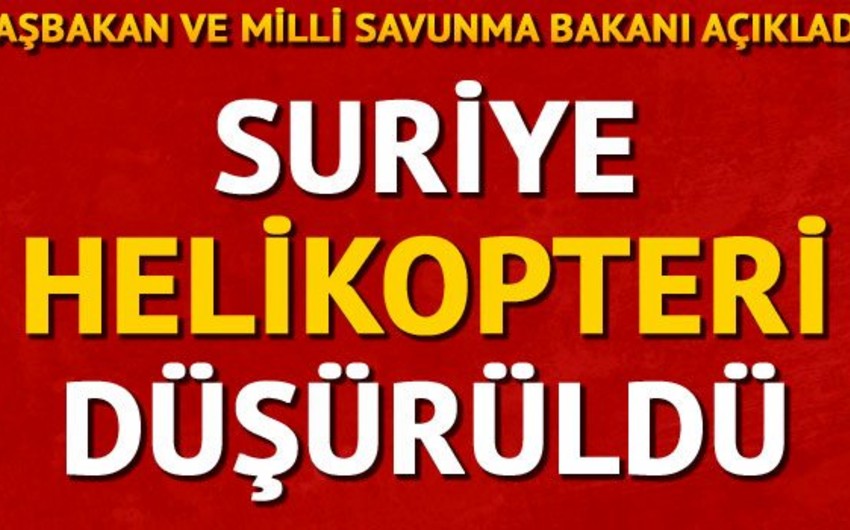 "The power the Turkish government has granted to the Turkish Armed Forces is extremely clear and whoever violates Turkish borders will be punished," Davutoglu said in the capital Ankara.

The Syrian government was yet to react to the Turkish military action. "How can Syria react to an action that they know is wrong?" Davutoglu asked.

Also, Turkish Defense Minister Ismet Yilmaz said Saturday that the Syrian helicopter entered seven miles (11.3 kilometers) into the Turkish airspace and remained in violation for five minutes before it was shot down at around 2 p.m. (11.00 GMT).

The Turkish General Staff said Saturday in a statement that two Turkish fighter jets were scrambled after the Syrian aircraft entered over southern Hatay province. The statement said that the aircraft fell inside Syrian soil once it was hit.

"I congratulate our armed forces who gave the due response to Syrian forces that breached our airspace," Yilmaz said in Sivas province. "Let our people be rest assured that our armed forces are on guard 24 hours a day to protect the rights of the Turkish nation."