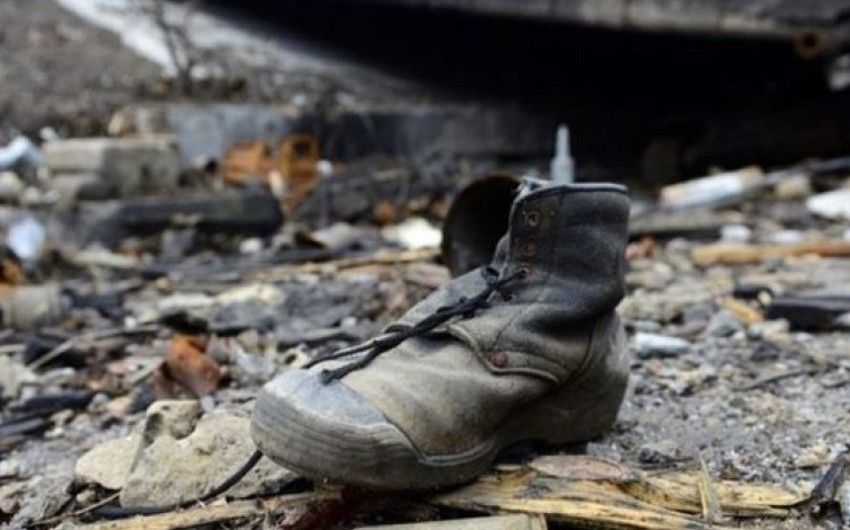 Today is the International Day of Disappeared.

Report informs that August 30 is marked as a day to commemorate the hundreds of thousands of missing people due to armed conflicts, violence, migration, and natural disasters around the world and support their families.

In spite of the fact that the Armenian-Azerbaijani conflict has ended, 3,890 of our compatriots captured and taken hostage by Armenia during the war are still registered as missing.

Instead of being protected under the rules of war, the civilians were taken hostage and, in most cases, killed. Captives and hostages were killed after unimaginable torture, and their bodies were not even handed over to the Azerbaijani side in order to hide traces of torture.

The Armenian side treated the captives like barbarians. They humiliated and insulted prisoners and hostages demonstratively and forced them to appear on various TV channels and give interviews against their country. Captives and hostages were forced to testify, commit physical violence, humiliation, and insults against one another.

The enemy kept them under terrible torture and inhumane conditions, regardless of their age and gender. They were also detained in prisons together with individuals of Armenian descent who had committed severe crimes in Armenia and were subjected to more severe torture. Of course, the atrocities committed by Armenians against Azerbaijani captives and hostages are indescribable.

Not to forget that the enemy who carried out these tortures was the author of the unprecedented massacres in Balligaya, Garadagli, Khojaly, and Aghdaban.

Thus, the Armenians violated our missing compatriots' right not to be tortured, to be recognized as a person before the law, the right to liberty and security, and the right to life. At the same time, Armenia violates the right of missing persons to get information about their loved ones.

The Armenian side does not cooperate to find missing Azerbaijani citizens. It is clear that the Armenian side, which treats captives and hostages in violation of international law and, in most cases, brutally kills them, refuses to cooperate in this direction so as to protect their criminal acts. During the occupation of the Kalbajar region in April 1993, the radio counterintelligence service of Azerbaijan exposed one of such war crimes of Armenia against the Azerbaijani people.

According to the revealed material, the central radio station in the Basarkechar region of Armenia ordered the main radio station in Kalbajar and all mobile radio stations in the area to immediately kill and bury the captured and hostage Azerbaijani citizens, including the elderly, women, and children. The goal was to hide the traces of their crimes from the international delegation who arrived in the war zone at that time. In some cases, our compatriots registered as captives and hostages by the International Committee of the Red Cross (ICRC) were later killed or disappeared.

For instance, according to official data given to Azerbaijan in 1998 and 2001, the ICRC visited 54 Azerbaijani citizens, who were taken hostage by Armenia during military operations, in detention facilities in Armenia, and our formerly occupied territories, and the Committee officially registered them. However, Armenia later killed 17 of them and returned their bodies, and the fate of the others remains unknown.

There are also facts that the Azerbaijani hostages were forcibly involved in cooperation with Armenian special services through threats and blackmail and incited to commit terrorist acts against Azerbaijan. The Khojaly genocide is the most obvious example of Armenia's violation of international humanitarian law. On February 26, 1992, Armenia besieged and destroyed the city of Khojaly, brutally killing 613 people, including 63 children, 106 women, and 70 older people. 8 families were completely wiped out, 130 children lost one parent, and 25 children lost both, 487 people, including 76 children, were injured.

Hundreds of Azerbaijanis were captured and taken hostage during the Khojaly genocide. The fate of 196 people, including 36 children and 65 women, remains unknown.

Each state has an obligation to investigate the abovementioned crimes and human rights violations, bring perpetrators to justice, prevent the recurrence of such abuses, and ensure the appropriate rights of the victims' families.

Azerbaijan also takes all necessary measures on the missing people and their families in accordance with the requirements of international law and national legislation. A State Commission for Prisoners of War, Hostages and Missing Persons operates in the country. The Commission works to captives and hostages, search for captured and missing persons, coordinates the activities of public bodies and international organizations to attract attention to this issue, collect information about the captured and missing persons, and registers and systemize this information.

Azerbaijan is working at the international level to draw attention to the issue of missing and hostages. At the initiative of Azerbaijan, the UN General Assembly adopts a resolution on "Missing Persons" every two years. Azerbaijan is also the main initiator of the resolution on the "Release of Women and Children Taken Hostage in Armed Conflicts," adopted by the UN Commission on the Status of Women (CSW).