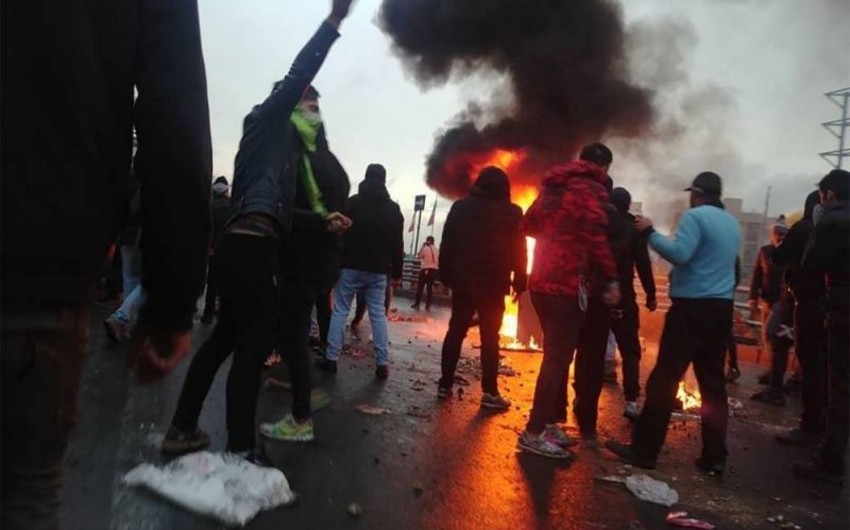 Several law enforcement officers were killed during riots in Iran caused by rising gasoline prices, official representative of the government of the country Ali Rabia said during a press conference, Report informs citing the RIA Novosti.

"Unfortunately, there have been riots over the past few days. Several law enforcement officers were attacked and died as martyrs, " Rabia said.

According to Rabia, during the riots, security forces were attacked, in some cases, cold and fire arms were used. Rioters caused damage to bank branches, set fire to gas stations, shops.