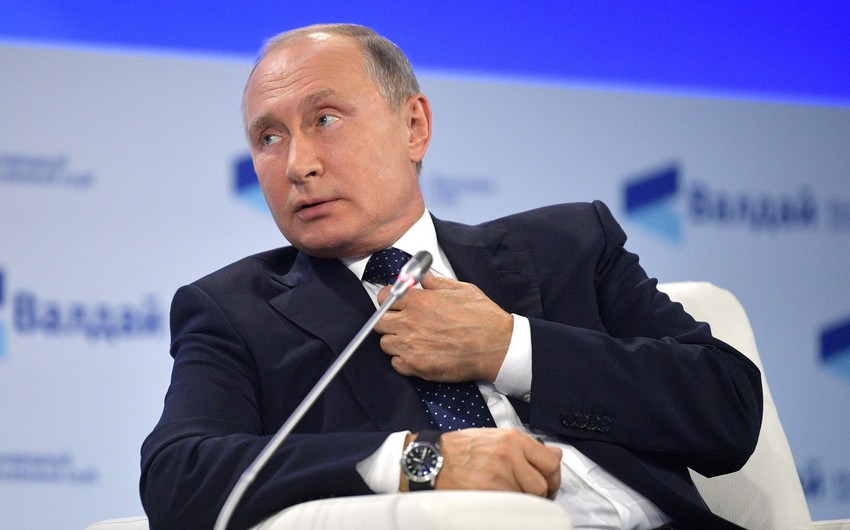 Despite all the difficulties, Azerbaijani President Ilham Aliyev and Armenian Prime Minister Nikol Pashinyan showed political wisdom when they decided to stop the bloodshed in Karabakh, Russian President Vladimir Putin said at the meeting of the Valdai International Club, Report informs.

"First, I must pay tribute to the political wisdom of both the President of Azerbaijan (Ilham Aliyev) and the Prime Minister of Armenia (Nikol Pashinyan). Despite all the tragedy of the events, they managed to rise above the current political situation and make a very responsible decision. President Aliyev and Prime Minister Pashinyan managed to stop the bloodshed," the Russian leader said.