Moscow hosts meeting of Turkish and Russian foreign ministers Lavrov: Program of the meeting will be rich 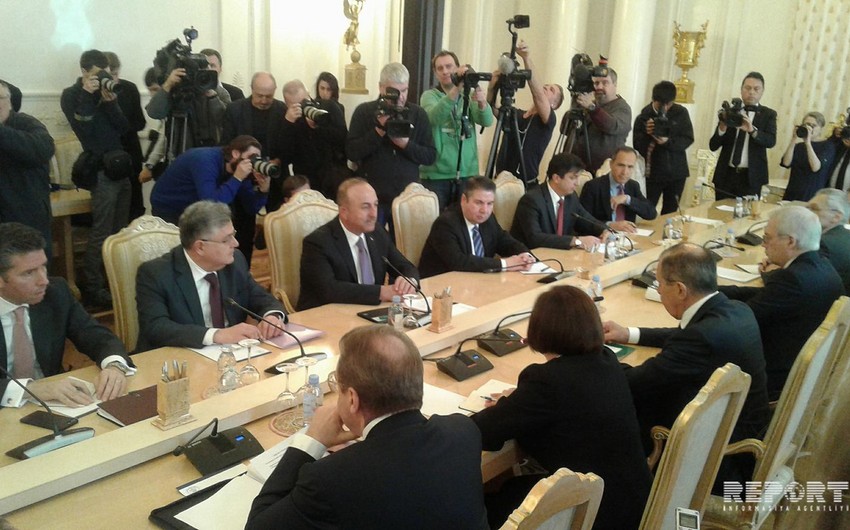 Moscow. 14 March. REPORT.AZ/ A meeting of the Russian and Turkish Foreign Ministers Sergei Lavrov and Mevlüt Çavuşoğlu has today started in Moscow, the Russian bureau of Report News Agency informs.

"The agenda of the meeting will be rich. We will discuss issues of economic interaction, as well as the situation in Syria," Lavrov said.

In turn, Çavuşoğlu stressed that the presidents of both countries outlined the priorities for cooperation.

"During the meeting, all aspects of our relations will be discussed, and our meeting is of a preparatory nature for a summit to be held on April 3 in Ankara," Turkish diplomat added.

Along with this Turkish foreign minister pointed out that today's meeting is important on the eve of the tripartite summit in Russia-Turkey-Iran format.

According to him, the format of cooperation is limited not only with Syria.