Meeting of presidents of Russia, Iran and Turkey to be held in Tehran 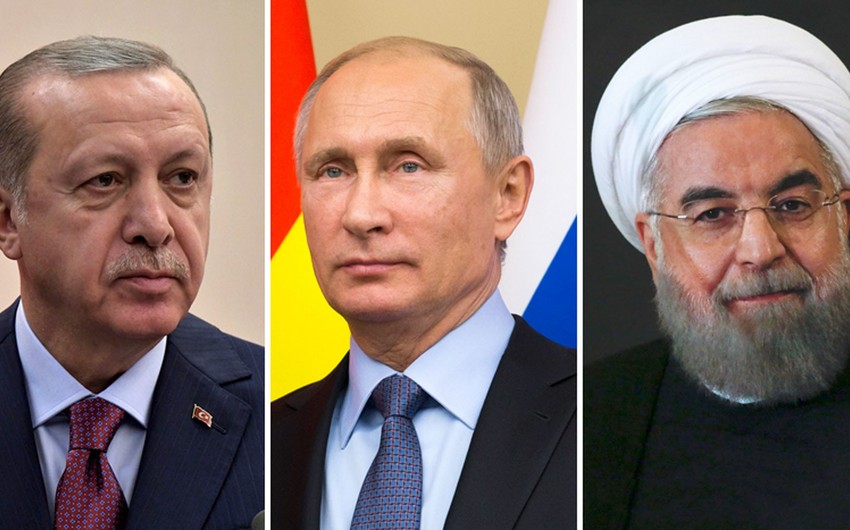 Baku. 31 August. REPORT.AZ / Kremlin confirmed the preparations for the summit of the presidents of Russia, Turkey and Iran to be held in Tehran on September 7, that in the framework, a bilateral meeting of the Russian and Turkish leaders will be held in particular. .

Earlier it was reported that the trilateral summit may take place on September 7 in another Iranian city - Tabriz.

"We received information from the Iranian side that they again returned to the variant of Tehran, so the trilateral meeting is being prepared in Tehran," Peskov added.

He also confirmed the information of the Turkish side that within framework of the summit, the presidents of Russia and Turkey - Vladimir Putin and Recep Tayyip Erdoğan will hold a separate meeting, during which they will discuss "traditional issues".