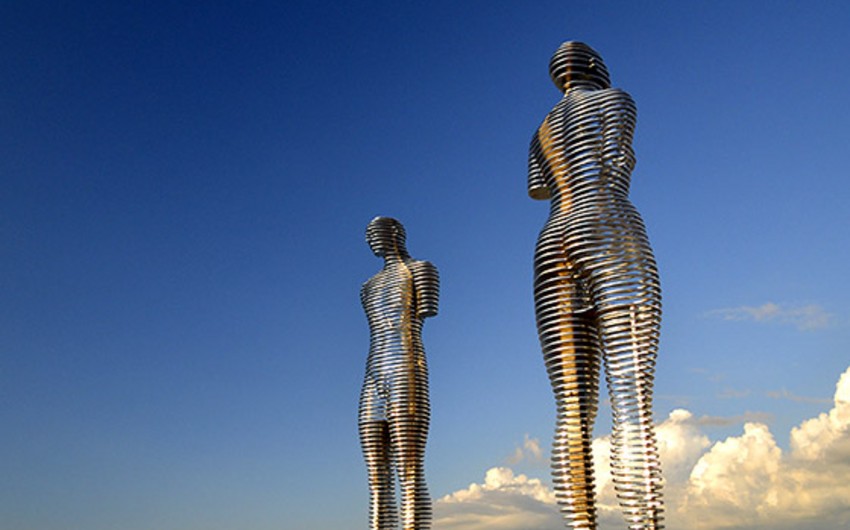 Baku. 27 August. REPORT.AZ/ Batumi boulevard administration clarified issue on Ali and Nino statue transfer on the boulevard of the city and damage to one of the statues.

Report was told by the head of Boulevard administration George Viragashvili, carrying the statue was originally planned due to the fact that the waves of the sea and storms could lead to its destruction:" The statue was planned to transfer 50 meters deep into the boulevard so that the waves could not destroy it.We obtained the consent of administration of the city and the author of the statue, then announced a tender for the transfer of the monument.

During the transfer cable suddenly burst and statue collapsed. As a result several parts damaged"

He said that according to the contract  the company responsible for the transfer of the statue should pay damages, or money for the execution of the contract will not be paid: "Nothing serious happened. Several blades damaged and tomorrow the transfer will continue."

Earlier the former president of Georgia Mikheil Saakashvili posted pictures on his Facebook page, which show that the statue of Ali and Nino was damaged. According to him, the current government intends to destroy the monument. This message has caused worriness among Azerbaijani users of social networks.