In Belarus, protests continue against Lukashenko

In Belarus, protests continue against Lukashenko President of Belarus Alexander Lukashenko fell into a bad situation during a meeting with workers, Report informs referring to Tut.by. 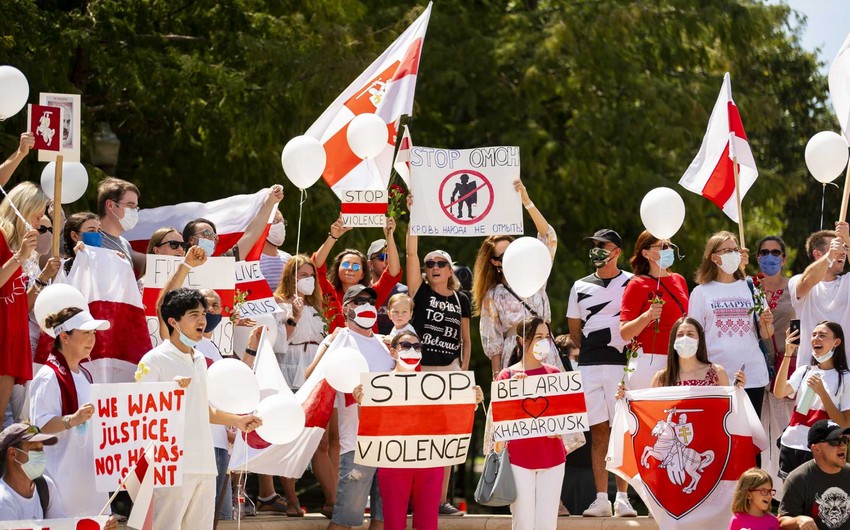 President of Belarus Alexander Lukashenko fell into a bad situation during a meeting with workers, Report informs referring to Tut.by.

Lukashenko flew to the enterprise by helicopter and talked to the workers in the plant. But when he went into the crowd in the yard, he was greeted with shouts of "Go away!"

Belarus held presidential elections on August 9. Years later, current President Alexander Lukashenko won the country's most popular vote for the sixth time. As a result, peaceful protests began in several parts of the country. Thousands got arrested, one died, and dozens were injured in clashes with police. Svetlana Tikhanovskaya, Lukashenko's main rival in the opposition, called on the security forces not to use power against the people. CEC chairwoman Lydia Yermoshina was evacuated from the Government House amid protests. Two days after the election, Tikhanovskaya left the country for security reasons and turned to Lithuania.