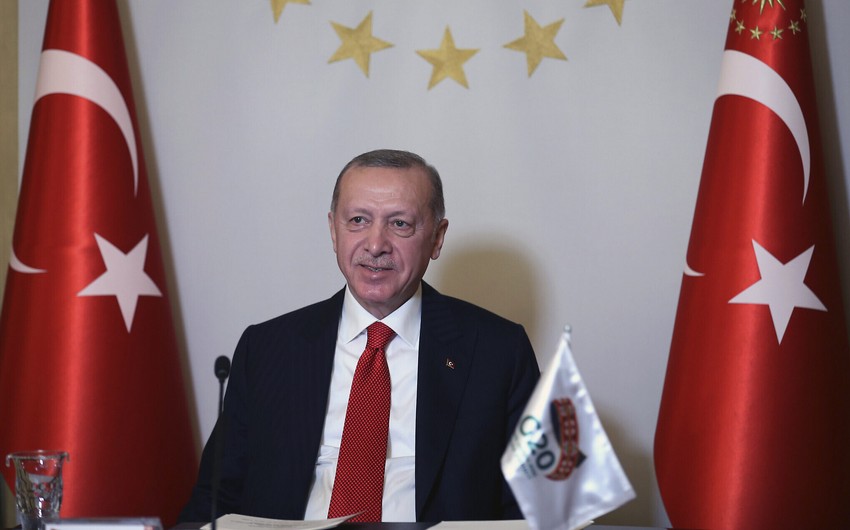 Turkey counts on participation in resolving the crisis between Russia and Ukraine and intends to continue discussing this topic with Moscow and Kyiv, Turkish President Recep Tayyip Erdogan said in an interview with Turkish journalists on board his plane upon returning from Turkmenistan, Report informs referring to TASS.

“We are in favor of establishing peace in the region, especially when it comes primarily to the Crimean Turks. We have repeatedly discussed these issues with friendly Russia and especially with Mr. Putin. We want [this region] not to be a war-dominated territory. May peace reign in this territory in the future, we want to develop an attitude towards this issue in a positive way,” he said.

Erdogan also states that Turkey “will mediate in this issue, discuss this issue” with Moscow and Kyiv. “We will develop these negotiations both with Ukraine and with Mr. Putin. We want to participate in resolving this issue,” the Turkish president added.