Erdogan: Russia would lose a great deal, if it loses Turkey

Erdogan: Russia would lose a great deal, if it loses Turkey He underscored, Turkey has spent over 7.8 billion USD for Syrian refugees in camps alone, while global community only 417 million USD
1215 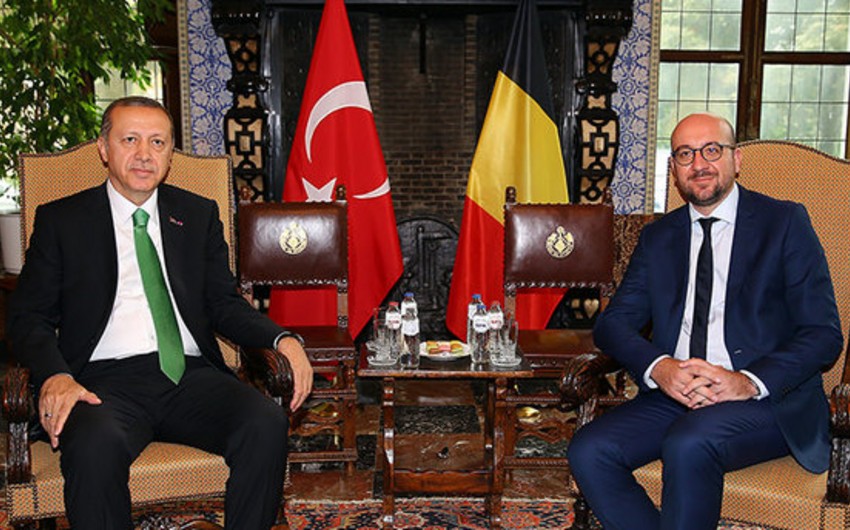 Baku. 6 October. REPORT.AZ/ Turkish President Recep Tayyip Erdoğan in press meeting with Belgian PM Michel on Tuesday has said that Russia would lose a great deal, if it loses its ally [Turkey].

Report informs referring to Turkish media, apeaking at a press conference in Brussels, the Turkish President criticized Russia's violation of Turkish airspace and said that any attack against Turkey is considered as an attack against NATO.

"Any attack against us [Turkey], is considered as an attack against NATO" Erdoğan said, and added that Turkey's positive relations and cooperation with Russia could get negatively affected if such violations continue to take place.

The Turkish president also touched upon the Syrian Crisis and highlighted that holding meetings regarding the issue in Brussels would enable the start of a new process.

"Turkey welcomes refugees without making any discrimination." Erdoğan said, and added that in Istanbul alone there are over 400,000 Syrians.

He underscored that Turkey has spent over 7.8 billion dollars for Syrian refugees in camps alone, while the global community has only spent 417 million dollars.