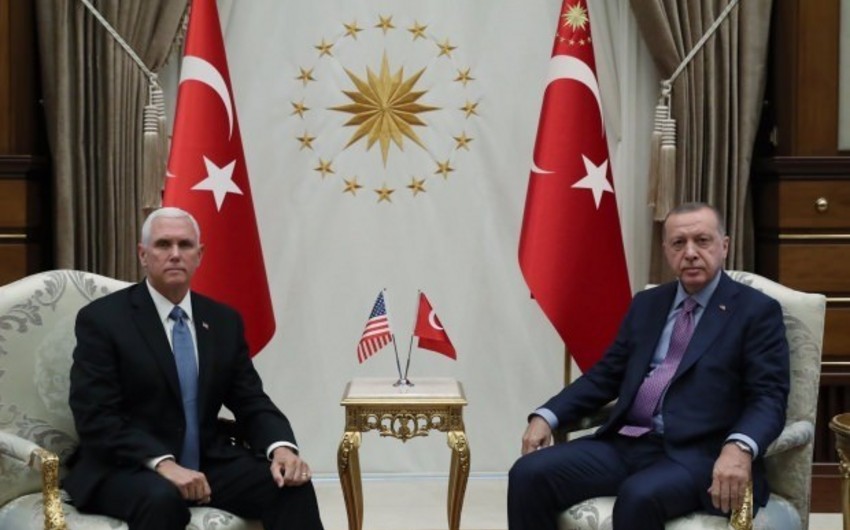 Erdogan is hosting Pence in the presidential palace in the metropolital area of Beshtepe. The main topic of discussions will be Turkey's operation in Syria.

Led by Pence, the US delegation arrived on a visit to Turkey to persuade the country's leadership to stop the Operation Peace Spring in Syria.

US officials will discuss with the Turkish leadership the Turkish military's antiterrorist operation in Syria.

Report informs that the information about the upcoming meeting was disseminated by the official website of the Turkish President.

The US delegation includes Secretary of State Mike Pompeo and Special Representative for Syria James Jeffrey and other officials. This will be the first visit of Pence to Turkey as US Vice President.

The American delegation plans to discuss with the Turkish leadership the anti-terrorist operation of the Turkish army in Northern Syria.

National Security Adviser Robert O'Brien has been in Ankara since October 16. During the visit, he held meetings with the Turkey’s Minister of National Defense, Chief of the General Staff Hulusi Akar and Presidential Spokesperson İbrahim Kalın.

On October 17, Turkish Foreign Minister Mevlut Cavuşoğlu will meet with the US President's National Security Adviser. 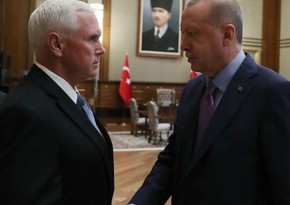 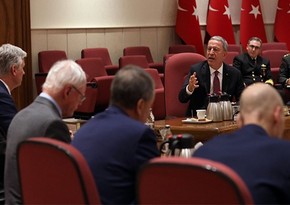 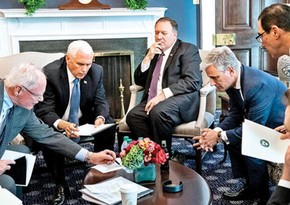