Erdogan named condition for the end of Operation Peace Spring 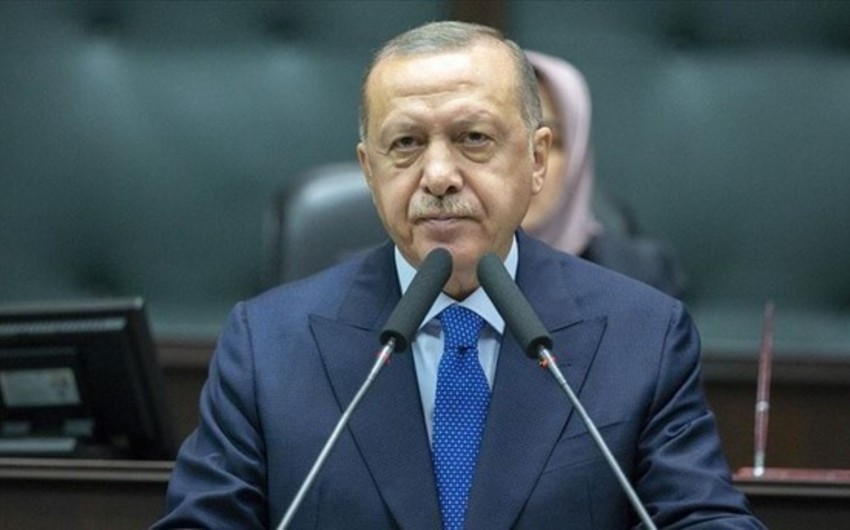 “Reminding French President Emanuel Macron what they did in Rwanda, Algeria, I said that they killed hundreds of thousands of people. Let them look better in a mirror," Turkish President Recep Tayyip Erdoğan said.

Report informs that the Turkish president spoke at an enlarged meeting of the parliamentary faction of the Justice and Development Party.

The President of Turkey spoke about the goals of the anti-terrorist operation and forthcoming works: "In this region, we have been fulfilling and continue all our plans and work. Turkey has never in its history killed civilians. Our faith, culture and morality do not allow this.  As we announced, we urge all terrorists to leave the 32-kilometer security zone tonight. Then the anti-terrorist Operation Peace Spring will be completed," the Turkish president said.