Erdoğan comments on decision of US House of Representatives on "Armenian genocide" Turkey is fighting a new independence war, and we are moving step by step towards victory, Turkish President Recep Tayyip Erdoğan said. 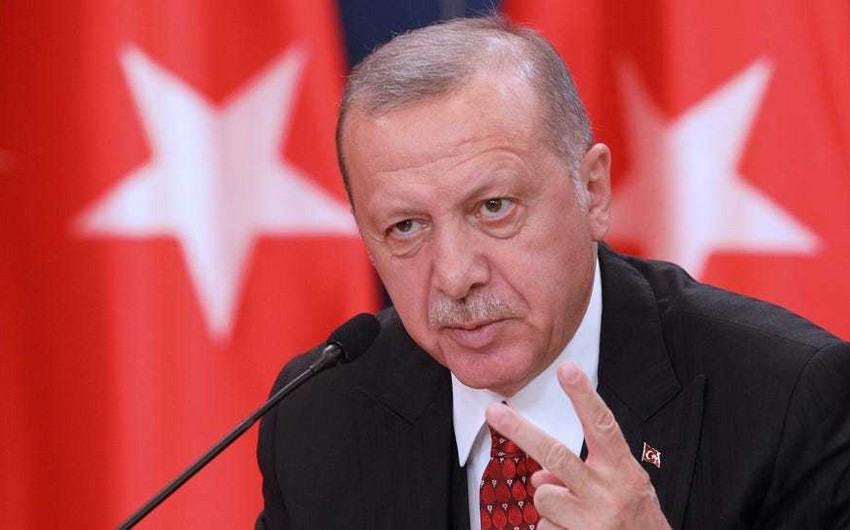 "Turkey is fighting a new independence war, and we are moving step by step towards victory," Turkish President Recep Tayyip Erdoğan said.

Report informs that he spoke at an expanded meeting of the Ruling Justice and Development Party in parliament.

The Turkish president warned that the balloon would occasionally explode into the hands, who support Armenian terror and PKK. "The success achieved by us in a short time caused some to be worried. We have 20 martyrs. No state from the West gave us condolence for our martyrs. As a result of the antiterrorist operation, we neutralized more than 900 terrorists. People in the West are constantly asking us, 'How long will you stay there?' And I ask them, When will you leave there?'"

Erdoğan spoke about the agreement reached during US Vice President Michael Pence's visit to Turkey and commented on the resolutions adopted by the US House of Representatives against Turkey. "We witnessed two resolutions adopted in the Congress on October 29. These resolutions have no power, and we do not recognize them."