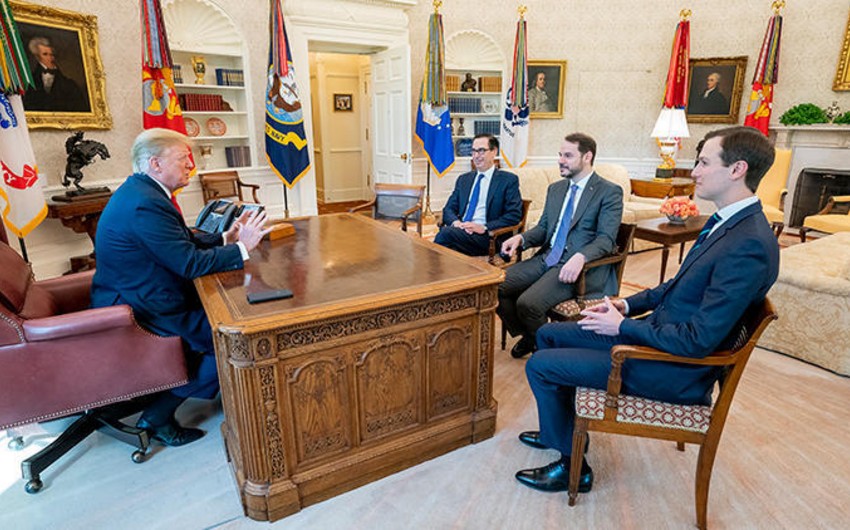 US President Donald Trump met with the Minister of Treasury and Finance of Turkey Berat Albayrak (R.T. Erdoğan's son-in-law) in the White House.

Report informs citing the Turkish TV channel NTV that the situation in Syria, a number of issues in bilateral relations, including the S-400 anti-aircraft missile system acquired by Turkey from Russia, as well as reaching $75 million in trade turnover between the two countries were discussed during the meeting.

The minister stressed that official Ankara’s talks on S-400 purchased from Russia were positive. "We conveyed some messages of our president (Recep Tayyip Erdoğan - ed.) to the US president," Albayrak said.

Albayrak said that Erdoğan and Trump could meet in the near future.

Notably, Albayrak left for the United States to attend the meetings of the International Monetary Fund, the World Bank and G-20.The meeting with Trump was held within the framework of this meeting.