Davutoglu: All against democracy to be held accountable

Davutoglu: All against democracy to be held accountable "New Turkey to develop on three pillars"
607 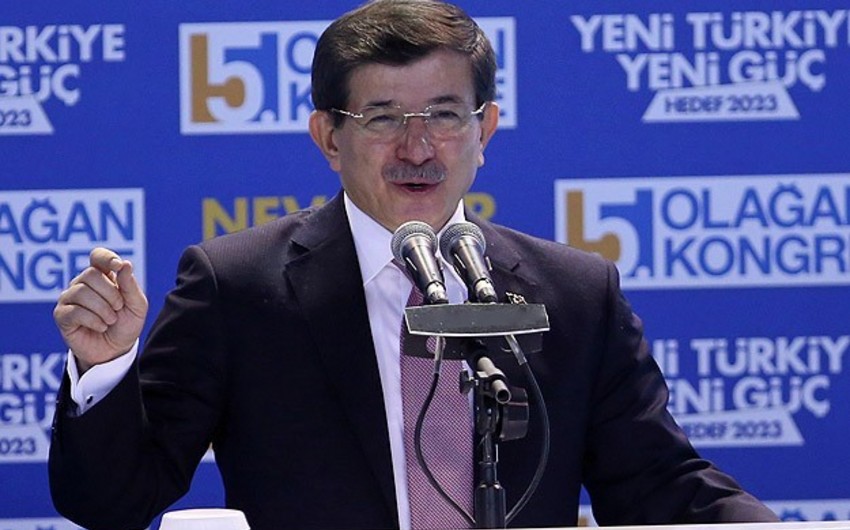 Baku. 14 December. REPORT.AZ/ Everyone will be held accountable for their acts against democracy, Turkish Prime Minister Ahmet Davutoglu said Sunday.

Davutoglu's remarks come at a time when a nationwide police crackdown is taking place across Turkey, mainly against local media figures and senior police officials.

"Everyone will be brought to account for their acts and attitude against democracy in this country, or get their reward if they take sides with democracy," the premier told a provincial congress of the Justice and Development, or the AK Party in Turkey's eastern Elazig province.

The premier slammed the main opposition Republican People's Party, or the CHP, for staying allegedly mum about military coups and attempted coups in Turkey.

Turkey has seen major military coups in May 27, 1960 and Sept. 12, 1980 as well as several coup attempts. Former Turkish Prime Minister Adnan Menderes was executed along with his two ministers following the 1960 military coup.

The premier called upon Kilicdaroglu to voice his objection to the 1960 coup and the 1971 memorandum if he was really against military coups, informs Report citing Anadolu Agency.

This is not the first time the prime minister has criticized the opposition party chairman about his alleged support for coups. In an address Wednesday during the 2015 budget talks at the Turkish Parliament, Davutoglu said the CHP "are also coup makers." Back then, he blamed the party for supporting Syria's President Bashar al-Assad and those staging military coups in Egypt against the country's first democratically elected president, Mohamed Morsi.

He spoke of the three pillars of "New Turkey,” first of which is a "mentality of democracy that respects advanced democracy, human rights and freedoms along with the human itself."

The second pillar “is an economic development that will make the nation dependent neither on cowards nor on brave ones," he said.