Bus overturned in Iran, 11 people killed The bus was moving from the city of Mashhad to Isfahan 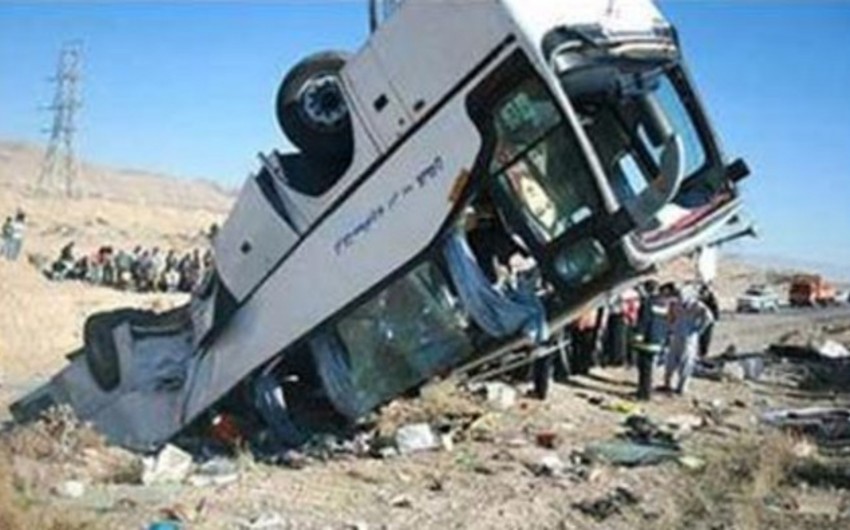 Baku. 20 April. REPORT.AZ/ At least 11 people were killed during an accident in Iran, as a result of which bus with 30 passengers overturned.

"Seven people died on the spot, four more died from the injuries after they were taken to the hospital," said Deputy Center of emergency Sabzevar Khadi Abbas Abadi.

The bus was moving from the city of Mashhad to Isfahan.

The exact cause of the accident is not yet established, but the initial data indicate that the incident occurred after the truck driving in front of the bus suddenly made a maneuver, which led to a collision.