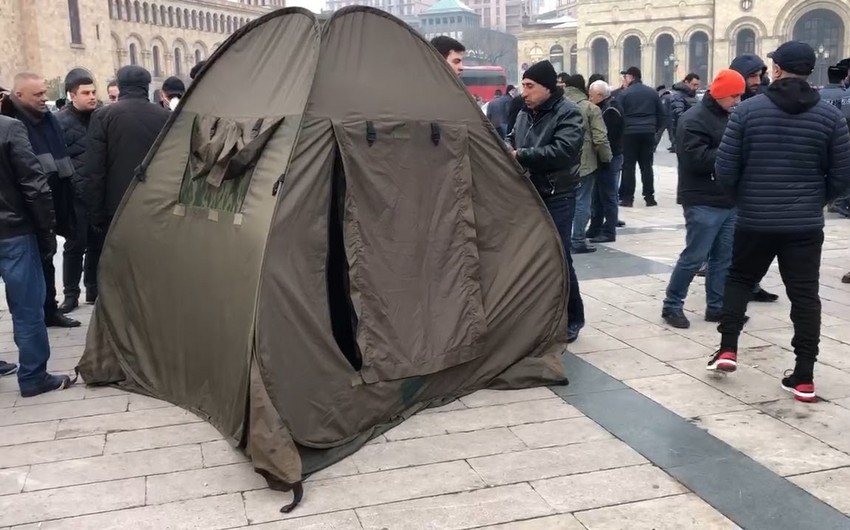 "The weather is cold, there are difficulties, but we are strong, we are firm, we are together! The issue of our country's future is resolved," said Ishkhan Saghatelyan, a representative of the Armenia Supreme Body of the opposition Armenian Revolutionary Federation-ARF Dashnaktsutyun Party.

According to Sagatelyan, the parliament should resolve the resignation of Prime Minister Pashinyan. He noted that they are waiting for My Step's response. Until then, a tent will be set up on the square.