Armenian opposition closes access to parliament Our struggle will continue with renewed vigor on March 10 at 8:30. There will be a big rally at 16:00. " 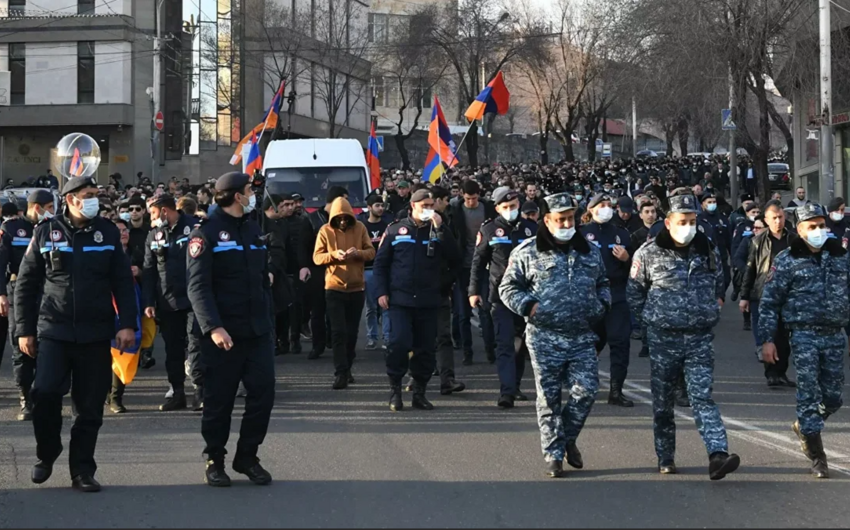 The statement came from the opposition Salvation of the Motherland Movement, Report informs, citing Armenian press.

Opposition representatives said that the protest against the Prime Minister Nikol Pashinyan and his government would expand.

The situation in Yerevan has escalated after Armenian President Armen Sarkissian's administration said that the dismissal of Defense Minister Onik Gasparyan was the responsibility of Prime Minister Nikol Pashinyan in terms of legal procedure, constitutional obligation, and political consequences.

Protests demanding the resignation of Prime Minister Nikol Pashinyan have been going on in Armenia for several months.