​Armenia to sign the contract on EEU on October 10

​Armenia to sign the contract on EEU on October 10 Planned joining of Armenia to the Eurasian Economic Union will take place not earlier than in January, 2015
1244 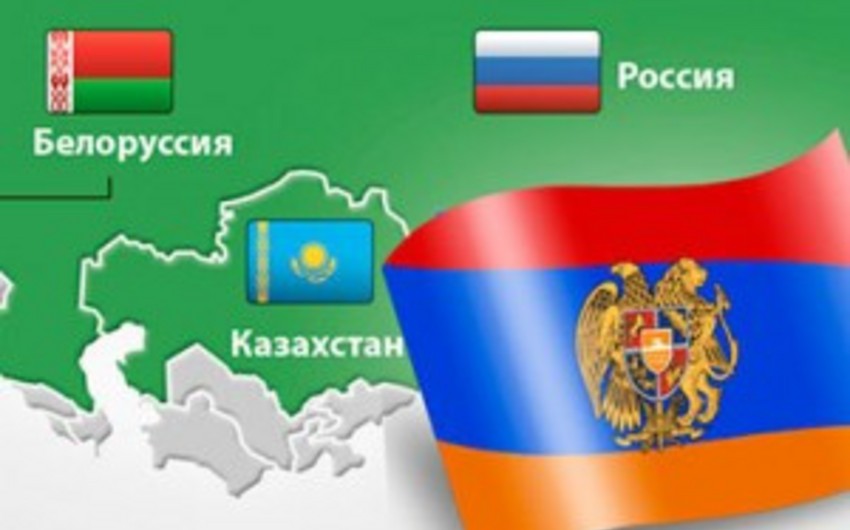 Baku. 30 September. REPORT.AZ/ Planned joining of Armenia to the Euroasian Economic Union (EEU) will take place not earlier than on January 2, 2015. Thus, the signing of this contract with Yerevan is scheduled on October 10. Report informs citing RIA Novosti news agency, it was declared by the Deputy Director of interaction with bodies of the Customs union and economic cooperation with CIS countries Department of the Ministry of Economic Development of the Russian Federation Anna Sysoyeva during Federation Council International Affairs Committee meeting.

"Kazakhstan will carry out ratification on October 2, Belarus — on October 7. Totally, we plan to prepare a statement for the presidents, when they gather in Minsk on October 10, that all three countries had completed ratification and so were ready to contract to come into force since January 1, 2015," Sysoyeva declared. According to her, the contract on EEU with Armenia also is planned to be signed in the framework of Council of CIS countries heads of states meeting in Minsk on October 10.