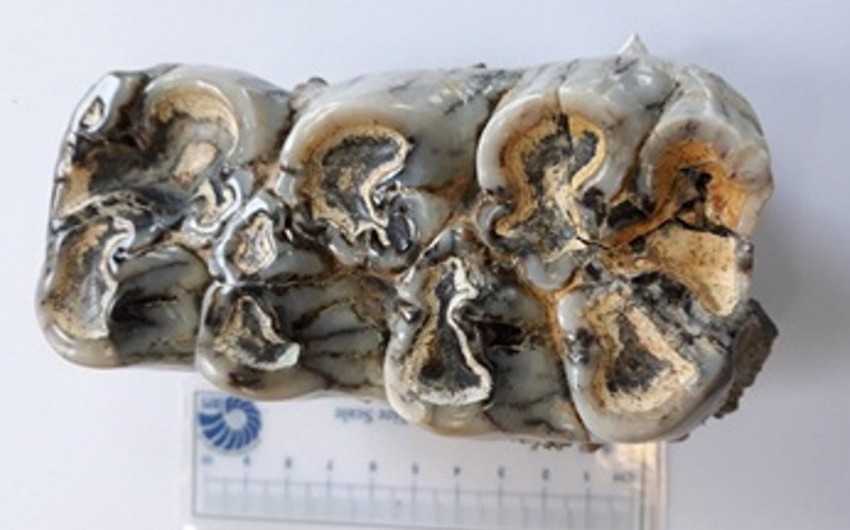 Baku. 13 June. REPORT.AZ/ 2- million year old fossils of elephant teeth and extinct mammals of the elephant family have been found in Iran.

Report informs citing the TASS, IRNA agency reported that a rare find has been discovered in Ardebil Province, northwestern Iran.

“One of the fossils, belongs to a male and the other belongs to a female bald mammoth. Based on the size of teeth, it is speculated that elephants had been adult, she said, adding that one of them resembles the teeth of Indian elephants”. said Zahra Orak, the head of paleontology department at Natural History and Genetic Resources Bureau.

As IRNA notes, similar fossils have been found in Azerbaijan. In this regard, the Bureau decided to conduct joint research with the Azerbaijani side to determine the habitat of these large animals.

Notably, the skull and fragments of the South or the Khazar mammoth in the territory of Azerbaijan was found in 2001 year on the Western slope of mountains Dayirmandagh near the city of Mingechevir. The remains are kept in the Museum of Natural History in Baku.