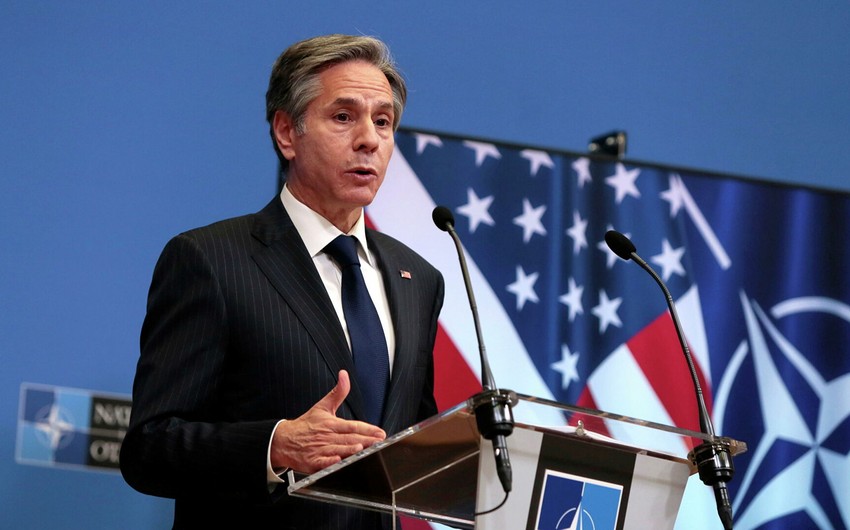 US Secretary of State Antony Blinken said on June 7 that the US is committed to replenishing Israel’s Iron Dome missile defense system, Report informs referring to the Israelnationalnews.

"We are working with the Israelis to fully understand their needs and working with Congress," Blinken told the House Foreign Affairs Committee during testimony on US President Joe Biden's 2022 budget request and the department's foreign policy priorities.

"This is under very active review and we look forward to working with you to make sure that happens," Blinken said of fulfilling Israel's request for $1 billion in emergency funding for Iron Dome following 11 days of fighting with Gaza-based terrorist groups who launched more than 4,000 rockets at Israeli territory.

After the recent round of fighting, US President Joe Biden said he ensured Prime Minister Benjamin Netanyahu of his “full support to replenish Israel’s Iron Dome system.”

US Senator Lindsey Graham (R-SC) said last week that Israel would ask the US for $1 billion in aid to replenish the Iron Dome missile defense system.

At least 55 House members, both Democrats and Republicans, last week wrote to Defense Secretary Lloyd Austin urging the Pentagon to quickly work with Congress on fulfilling any request to restock Israel's supply of interceptors for the Iron Dome system.