US Border Patrol arrests at highest level in 35 years 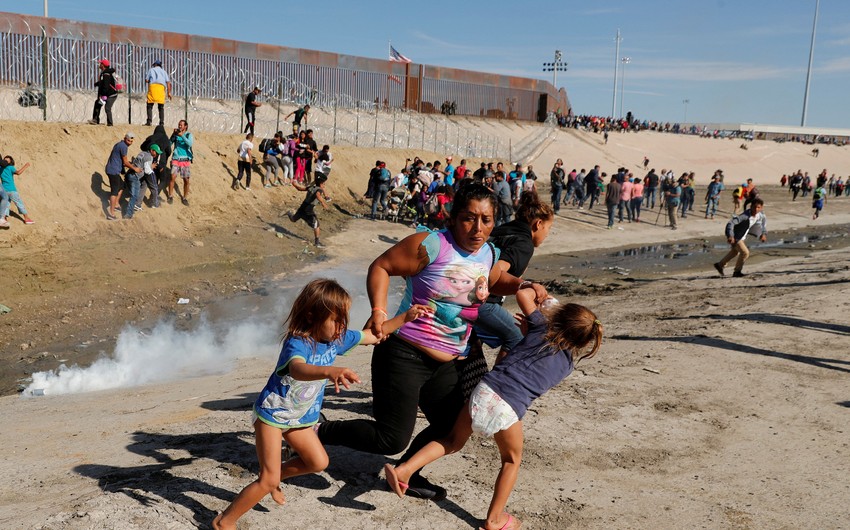 Illegal immigration into the US is hitting a new record, with arrests made by the Border Patrol during the 2021 fiscal year reaching their highest levels since 1986, Report informs referring to the New York Post.

US Customs and Border Protection data obtained by the Washington Post reveals how illegal immigration numbers have shot up during President Biden’s administration - with some illegal migrants thanking Biden for lifting strict immigration policies implemented under former President Donald Trump.

Mexico was the largest single source of illegal immigration during the fiscal year, the data revealed, with the Border Patrol arresting over 608,000 Mexican nationals. This number alone is bigger than the average number of border arrests from 2012 to 2020 - 540,000.

The second-biggest source of illegal immigrants was categorized as “other” and comprised Haitians, Venezuelans, Ecuadorans, Cubans, Brazilians and migrants from several other countries — totaling around 367,000 arrests.

The Border Patrol also made about 309,000 arrests of Honduran illegal immigrants, 279,000 Guatemalan nationals, and around 96,000 migrants from El Salvador.

In total, the agency made more than 1.3 million arrests of illegal immigrants along the southern border since Biden took office in January. The number of border arrests made in FY 2021 - over 1.7 million - is the second-highest annual total ever recorded, according to the report.

In 1986, Border Patrol agents made 1.69 million arrests nationwide. CBP data does not specify how many were made along the southern border or elsewhere in the US. Out of the 1.7 million detained in FY 2021, 1.66 million were apprehended along the Mexican border alone, per the report.

Amid the growing number of arrests along the border, the CBP data did indicate declining seizures in cocaine, heroin and methamphetamine.