UN chief: Preventing and ending conflict is my first priority

UN chief: Preventing and ending conflict is my first priority António Guterres stressed the need to address the root causes of conflicts 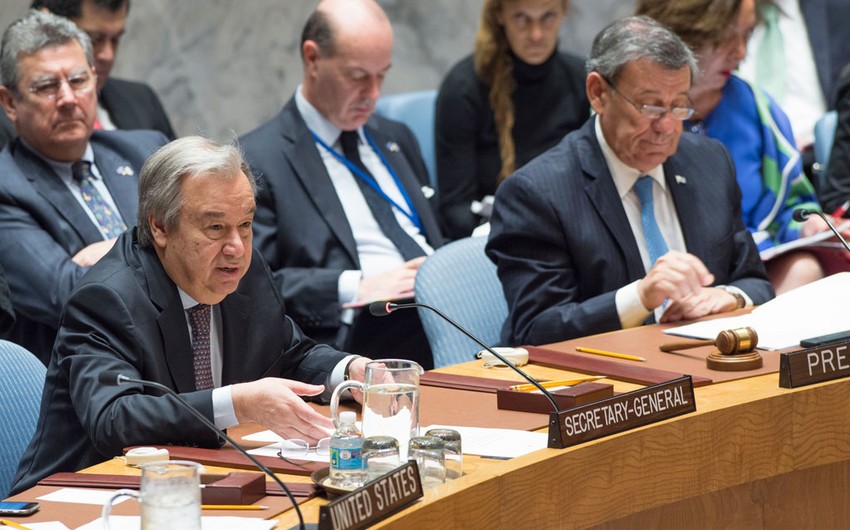 Report informs, he told during the UN Security Council debate on the protection of civilians and medical facilities in armed violence.

The UN Secretary-General noted that he knows firsthand about the suffering of civilians caught up in hostilities in armed conflicts. During his stay as UN High Commissioner for Refugees, he visited hundreds of camps for refugees and displaced persons, whose inhabitants told of the horrors they had experienced.

“But on the ground, little has changed,” Guterres added.

He went on to highlight the three main protection priorities; ensure greater respect for international humanitarian and human rights law; stepping up the protection of humanitarian and medical missions, by implementing his predecessor’s recommendations on Security Council resolution 2286 (2016); and preventing forced displacement and finding durable solutions for refugees and internally displaced people.

On the third point, he stressed the need to address the root causes of conflicts that are driving displacement, by investing in inclusive and sustainable development, promoting all human rights and the rule of law, strengthening governance and institutions, and enhancing mediation capacity, from communities to national governments.