Ukraine asked the international community for help Permanent representative of Ukraine to the UN: "Russia’s planning to occupy eastern Ukraine"
1243 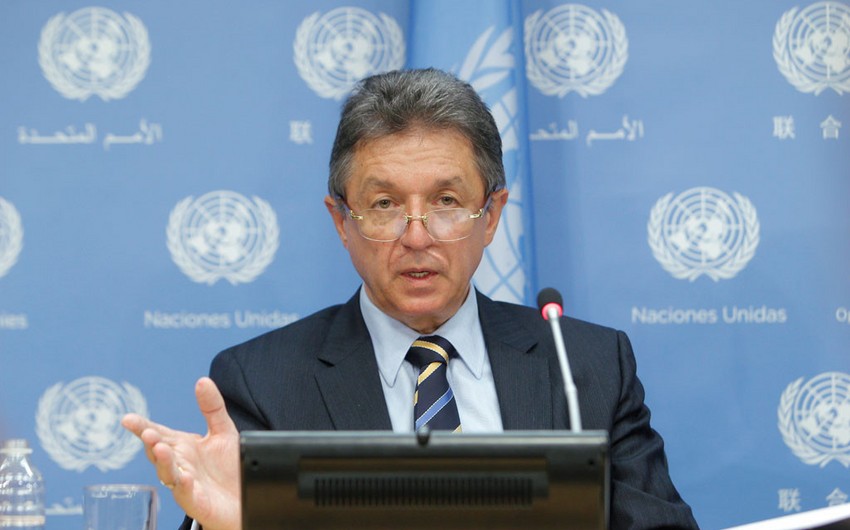 Baku. 5 September. REPORT.AZ / “Russia’s planning to occupy eastern Ukraine." Report informs citing the UN News Center, this was stated by the Permanent Representative of Ukraine to the UN Yuri Sergeyev at the press conference in New York.

According to him, "after a meeting of the presidents of Ukraine and Russia in Minsk, the situation has only worsened," he addressed the international community.

The representative of Ukraine told reporters that in the morning of September 4 "Russian tanks moved in the direction of Novoazovsk Mariupol." According to him, their invasion was stopped by armed forces of Ukraine and local residents. Yuri Sergeyev also said about "the continuing attacks on the Russian territory" using rocket launchers "Smerch" and "Uragan". This fact was also confirmed by the OSCE observers last week.

"The recent actions of Russia show the preparation of large-scale occupation under Russian control, as they did in South Ossetia, - Sergeyev said. - Representatives of Russia have begun a massive process of issuing Russian passports in Donetsk and Lugansk. This is implemented in order to give the Russian authorities in Ukraine a motive to introduce troops under the pretext of protecting "its citizens".