Turkish Deputy PM: We hope, to eliminate crisis Russia will keep open diplomatic and military channels We wish this crisis to not grow bigger, not to go further, Numan Kurtulmuş said 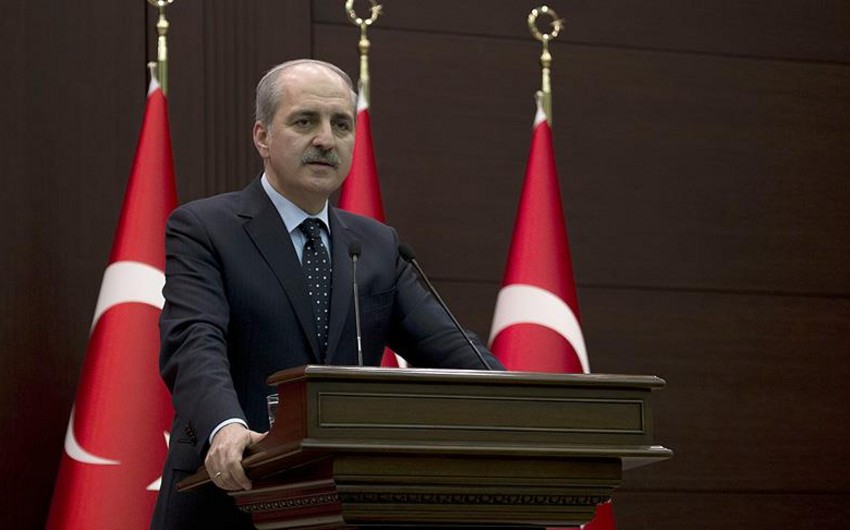 Baku. 28 November. REPORT.AZ/ Turkish Deputy Prime Minister Numan Kurtulmuş said Turkey and Russia will not sacrifice their bilateral relations because of the recent downing of a Russian aircraft which violated Turkish airspace, Report informs referring to the foreign media.

"I would like to mention sincerely that neither Turkey nor the Russian Federation are going to remove or sacrifice their relationship because of this situation," Kurtulmuş told the media after a Cabinet meeting in Ankara.

"We wish this crisis to not grow bigger, not to go further, [and hope it will] be dealt with through mutual negotiations within a short time," he said.

Kurtulmuş said that Turkey had shown utmost care to not get involved in another crisis since the country was already located in a region, which had been turned into a "ring of fire".

But, at the same time, he said that everyone should know that Turkey would take "all measures to protect its sovereignty" and would remain vigilant.

"Turkey and Russia as two friendly allies and even strategic partner states will take steps to eliminate the consequences of this crisis," he said.

He said that in order "to achieve that, we hope that they [Russia] will keep open the diplomatic and military channels".

Kurtulmuş' comments come as tensions between Russia and Turkey, a NATO member country, increased this week after Turkey downed a Russian aircraft for violating its airspace.

On Tuesday, two Turkish F-16 fighter jets on an aerial patrol intercepted an unidentified warplane within rules of engagement when it intruded into Turkish airspace on the Turkey-Syria border.