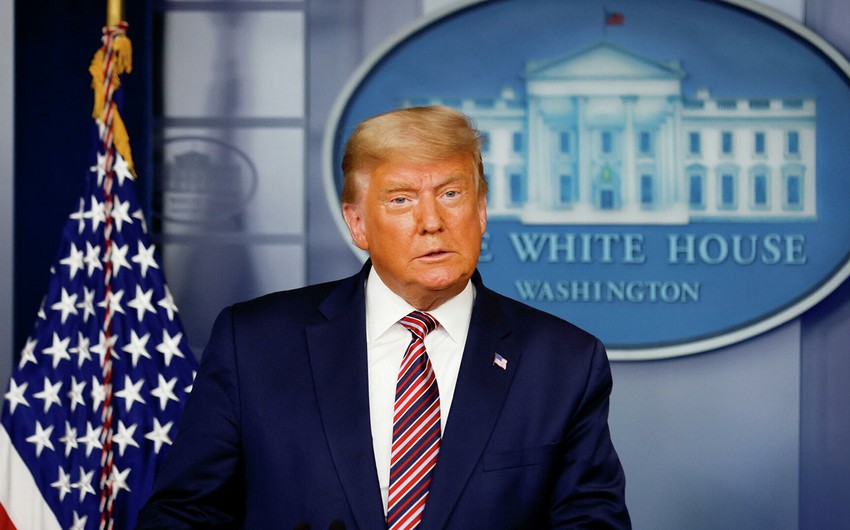 US President Donald Trump met a group of Republican lawmakers on Monday in his thus-far fruitless bid to gain momentum for claims that the November 3 presidential election won by Democrat Joe Biden was rigged, Report states.

Trump has been searching for ways to head off the certification of Biden's victory by the US Congress on January 6.

The win has already been certified by the Electoral College, and Biden is getting ready to take office on January 20.
White House chief of staff Mark Meadows announced the meeting on Twitter.

"Several members of Congress just finished a meeting in the Oval Office with President @realDonaldTrump, preparing to fight back against mounting evidence of voter fraud. Stay tuned," Meadows tweeted.

Notably, General elections were held in the United States on November 3. The leading contenders for the post were Democrat Joe Biden and the current President, Republican Donald Trump.

On November 7, leading American media outlets-ABC News, FOX News, CNN, AP, and NBC — announced the victory of Democrat Joe Biden in the US presidential election. Officially, the results have not yet been summed up.

Biden received congratulations from many world leaders, including the king of Saudi Arabia, the UN Secretary-General, Presidents of Turkey and Slovenia.